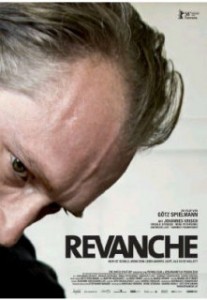 Götz Spielmann’s Austrian crime-’ish’ drama is an engaging character study that slowly builds up the tension and plot that is a tad bit bloated but remains a pretty good look at the human condition.

Alex is an ex-con who is dating a prostitute, Tamara, and the two’s feelings for one another are real. Unfortunately both of their lives are held back by debt and the lack of an ability to escape their lives. Susanne manages a grocery and is married to a young police officer, Robert. They have been struggling to have a child for sometime now, but live happily and peacefully in the country outside the big city. Susanne happens to be friends with Alex’s grandfather have lives alone in a cabin slowly struggling to get by as he fades into the twilight of his life. All of there paths slowly begin to become entwined when Alex and Tamara finally decide to make a break for a new life and Alex plans one last heist to get them on their feet.

The film’s story slowly unravels over the course of the two hour run time. Never boring, the characters on the screen are wonderfully conceived with dark pasts and intriguing thought processes that will lead to twists and turns in the picture that will surprise and catch you off guard. The pacing might be too slow for some, and I will agree that the film over broods on a couple of key characters dilemmas in the film, but the film isn’t rushing to the finish at any point in the picture.

The film will actually probably throw some people off as the most fever pitched moment of the film actually comes in the film and then slowly descends into the minds and decisions of the characters as they contemplate the consequences of their actions and lives. And while the film might over articulate these feelings and overkill it a little, it’s never a feeling of like, ‘this is terrible.’ You can just kind of see that this film might have been even better of it would have been a few minutes shorter as they easily get the point across of how these characters are feeling in less time then they actually spent in the film.

Johannes Krisch creates a complex and conflicted character in Alex that struggles with his every decision and battles his emotions as he tries to come to grips with that which was laid before him. Tamara is played very well by Irina Potapenko who is put into such delicate situations and isn’t afraid to bare it all for the camera, both physically and emotionally. The fragile situations she ends up in bring a lot of the films tension and she does a great job conveying her fear quietly in these scenes. Andreas Lust gives a pretty one note performance, but the emotions that haunt him are everywhere he turns and his decent into guilt is handled well for his limited screen time. Lastly, Ursula Strauss shines as the wife of Lust’s character and is forced into even greater complications potentially than Alex’s is. She leads a simple life and her world is thrown upside down when she decides to make a sacrifice for the hopeful good of her family.

In the end, Revanche is an engaging crime/human drama that is decidedly different from the first to second half of the film. With that said, both sides work very well and both give interesting looks and almost a different story all together. The first half sets up the emotions for the second, but the plot itself doesn’t carry over beyond that. I feel like if trimmed this could have been an even better film as it would have been a bit faster paced and a tad less redundant, but still enjoyed the film very much. Already a nominee for Best Foreign Language film at this past years Oscar telecast this is worth seeking out as it slowly rolls out in theaters across the country.

Revanche is a B 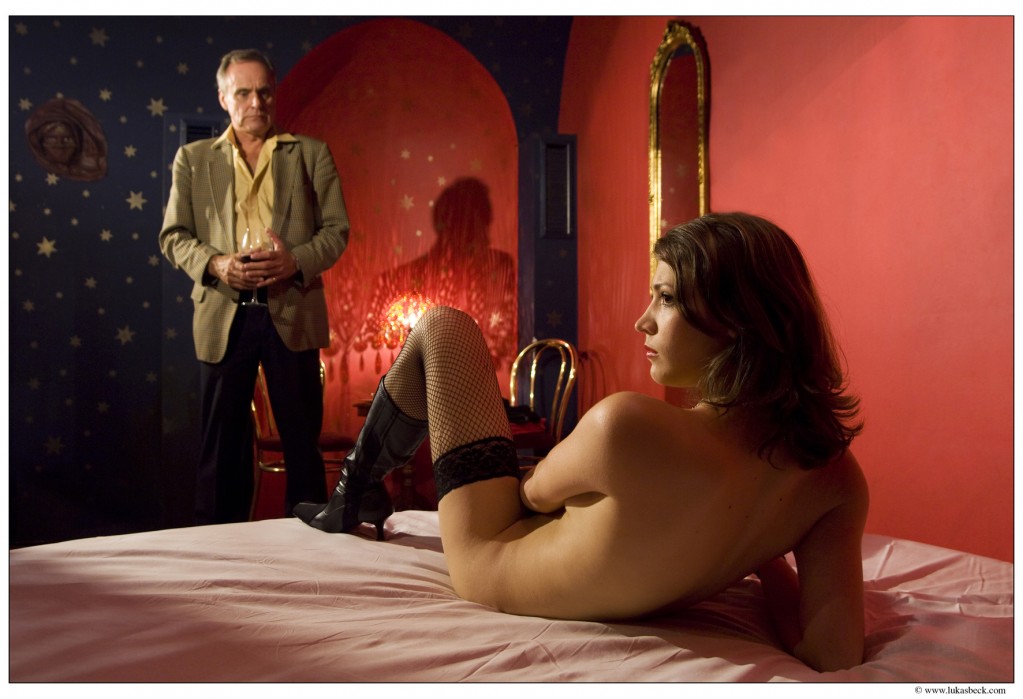