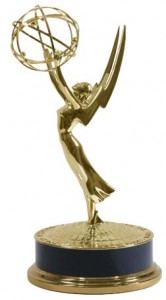 So, Emmy Nominations are out and 30 Rock leads the pack with 22 nominations. The comedy series which is by no means a ratings leader is critically successful and gets a lot of viewers in coveted ad demos (as well as NBC’s other successful Thursday comedy The Office). Mad Men also picked up an almost obscene amount of nominations with 16 nominations.

So what did Emmy voters get right?

So what did it do wrong?

So, what are your favorite nominations? and who do you think deserved a nomination and got snubbed? Leave your feedback in the comments!