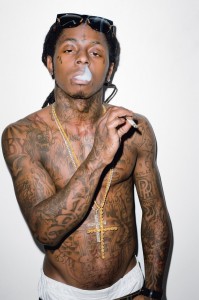 TMZ.com is reporting that Lil Wayne is on his death bed tonight after a week of seizures.  The rapper has reportedly had his stomach pumped three times after doctors found a large amount of codeine in his system.

The 30-year-old rapper has been having problems since Tuesday, and was reported to have had multiple seizures. After being released from the hospital, Wayne suffered another series of setbacks when he was found on the floor of his hotel room by his bodyguard.  He has not left the ICU since reentering the hospital and is currently in an induced coma.

Currently, Wayne’s mother is on a plane to LA, and will be making the final decision about the rapper’s life.  Some reports have said that the rapper has already received his last rites.

I’m good everybody. Thx for the prayers and love.

With earlier reports that the rapper is in a coma, it is not clear as to whether or not he sent out the tweet himself.