With Creed set to release on Thanksgiving, I started thinking of my favorite Rocky films.

I mean, I feel like Rocky should be dead and buried by now, yet he continues to live on. Judging by the trailer for the film, Creed will not feature a fight with Rocky Balboa, but rather, Adonis Creed, son of the late Apollo Creed. With a couple of weeks left before the new film comes out, I thought I would rank the Rocky films in order from worst to best. 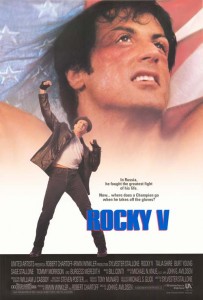 Rocky is a punch-drunk boxer, who is forced to retire due to taking too many blows to the head. Tommy Gunn, played by the late-Tommy Morrison, is way over-the-top as Rocky’s predecessor. The acting is cheesy, at best. The ending fight scene is ridiculous. To think that a punch-drunk boxer like Balboa could take out a young champions like Gunn is ridiculous.

It’s been long rumored that Balboa was supposed to die in the fight. As ridiculous as the ending was, seeing Rocky die in a street fight would have destroyed everything he stood for. Nearly everyone who is a fan of the Rocky films is in agreement that the fifth film sucks. 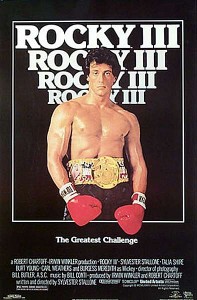 I might be in the minority here, but I felt like the third film was kind of boring.

As a wrestling fan, I like the beginning of the film. Hulk Hogan, playing wrestler, Thunderlips, is pretty awesome. However, I didn’t care for the rest of the movie.

Seeing Rocky and Apollo running on the beach in the extra-short shorts and hugging each other in slow motion in the ocean, is about as non-manly as one could get. I’ve never been a Mr. T fan either. I wasn’t buying him as a legit threat to Rocky.

Also, killing Mickey off in the third film was not cool in my eyes. Mick deserved a better fate that dying on a trainer’s table in the third installment. 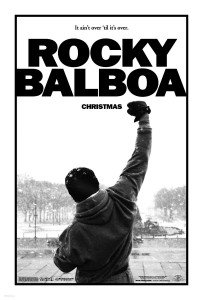 The film is ridiculous, pitting Balboa (who is old and arthritic) against a legit boxer in Antonio Tarver.

However, I love some of the great one-liners Stallone spouts off in the film.

I’ve noticed scenes used at several sporting events as a way to get the crowd hyped. I found myself losing some interest in Balboa, given the fact that they killed Adrian off in the film (she died of cancer).

That still didn’t stop the last film in the franchise from earning $155 million worldwide. 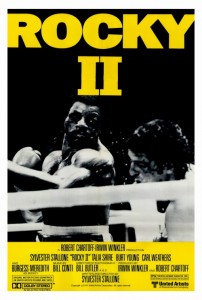 I may catch some hell for this one, but it’s hard to put this over Rocky IV and the original.

The fact is that all three films are pretty damn good.

Rocky 2 was still believable, and Balboa didn’t look like he was on the juice (as he did in the fourth film). Weathers and Stallone give great performances in the film.

The fight scenes are pretty damn good as well. 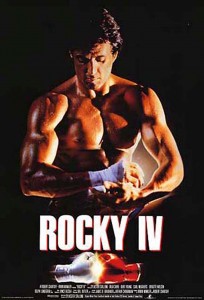 What can I say? A killer ’80s soundtrack and Rocky against Russia. Dolph Lundgren gives a classic performance as Ivan Drago.

Having Drago kill Apollo in the ring made Drago the most hated villain in all the Rocky films. If I was a betting man, I would bet Stallone and Lundgren were juicing in the film. Both fighters look like they are sculpted from greek gods.

Where do I start with the soundtrack? Just great 80s music! In the end, Rocky not only destroys the Russian monster, he singlehandeldly ends the conflict between Russia and the United States. 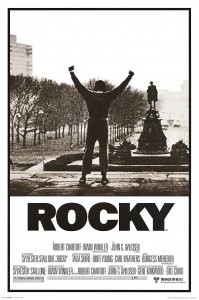 You can’t go wrong with the original.

Stallone became a star because of the film. The film speaks to the underdog. Rocky is not the proud champion we saw him eventually become in the film series, but a common man, struggling to find his place in life and someone to spend it with.

The original is heads and tails above the other sequels, it’s not even close.