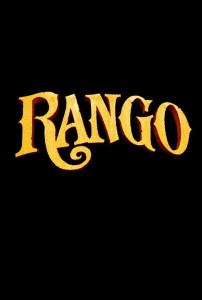 Rango reunites Johnny Depp with his Pirates of the Caribbean director, Gore Verbinski, in a brightly colored animated feature.  When the trailer started I thought, “Oh, here we go, another lame CG animated movie.” My mind was quickly changed when I saw how detailed the world Rango occurs in. The animation looks absolutely brilliant, and that alone is enough to sell me on it. Take also note of the fact that almost no one would guess that Johnny Depp was voicing the lead character.  I guess the biggest shame of all is that we have to wait until next year to see this.

A chameleon that aspires to be a swashbuckling hero finds himself in a Western town plagued by bandits and is forced to literally play the role in order to protect it.