Predator Rebooot to be kicked off by Nimród Antal 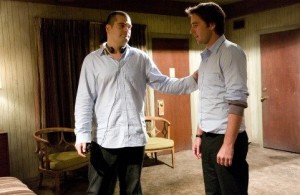 It is sad to hear that Robert Rodriguez will not be sitting in the director’s chair for the reboot for the Predator series. Rodriguez will instead be supervising as a producer – where I am sure that he will have plenty of say over what goes on.

According to Ain’t It Cool News, the Rodriguez himself has named Nimród Antal as the director of the next Predator film. Antal is best known in the US for directing “VACANCY,” the hotel horror flick starring Luke Wilson and Kate Beckinsale. Hopefully with the direction of Rodriguez, who is sure to be a hands-on producer, the new Predator film will turn out to be pretty decent.