Popeye Is Going CGI and 3D Courtesy of Sony 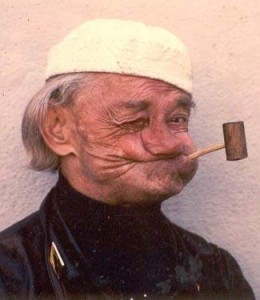 An accurate rendering of Popeye in CGI.

Well, it is time to start stocking up on your spinach again folks. Popeye is back and bigger than ever after Sony has decided to develop a CGI 3D feature of the famous cartoon character. Producing the film will be Avi Arad, and Mike Jones will be writing the script.

While no plot has been revealed, you can expect the whole Popeye crew to be there including, Olive Oyl, his adopted child Swee’pea, J. Wellington Wimpy, and his arch nemesis Bluto. The story will focus on the strength of human character and frailties according to producer Avi Arad.

Hollywood just keeps on pulling more and more ideas from the shelf. This isn’t even the first Popeye movie ever made, they actually made a live action version of it in 1980 starring Robin Williams (believe it or not, he did not get his Academy Award from that performance).

Who do you think should voice the cast? Let us know in the comments!