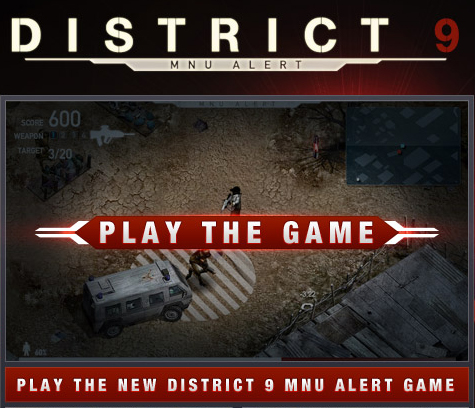 Play the District 9 online game, promoting the upcoming film “District 9.” In the movie, non-humans have escaped from the District 9 area – where aliens have been living for some time and have been banished. The movie looks very interesting! “District 9,” is directed by Neill Blomkamp, and will be released in theaters everywhere on August 14.

Click the image on the right to play the District 9 game!