This picture is now getting a lot of buzz around the internet. Below is a picture of former American Idol Clay Aiken, grabbing the breasts of Mezhgan Hussainy. Frankly, it is a pretty strange picture – I really wonder what was going on at the time to make them take it.

The picture isn’t new; it surfaced on the internet a while ago when Clay Aiken was relevant. But now of course with all of the buzz around Simon Cowell and Mezhgan Hussainy getting engaged, the picture is back. 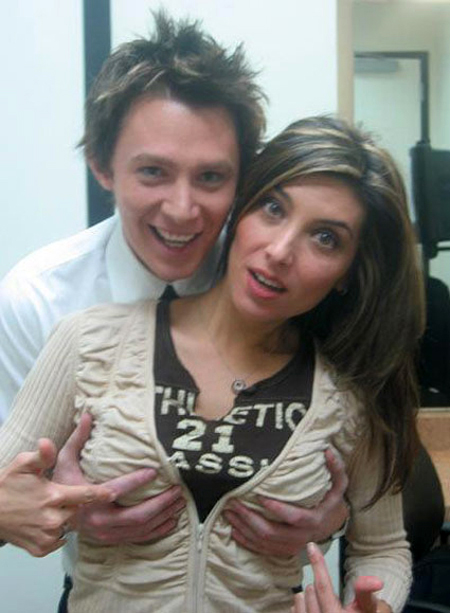