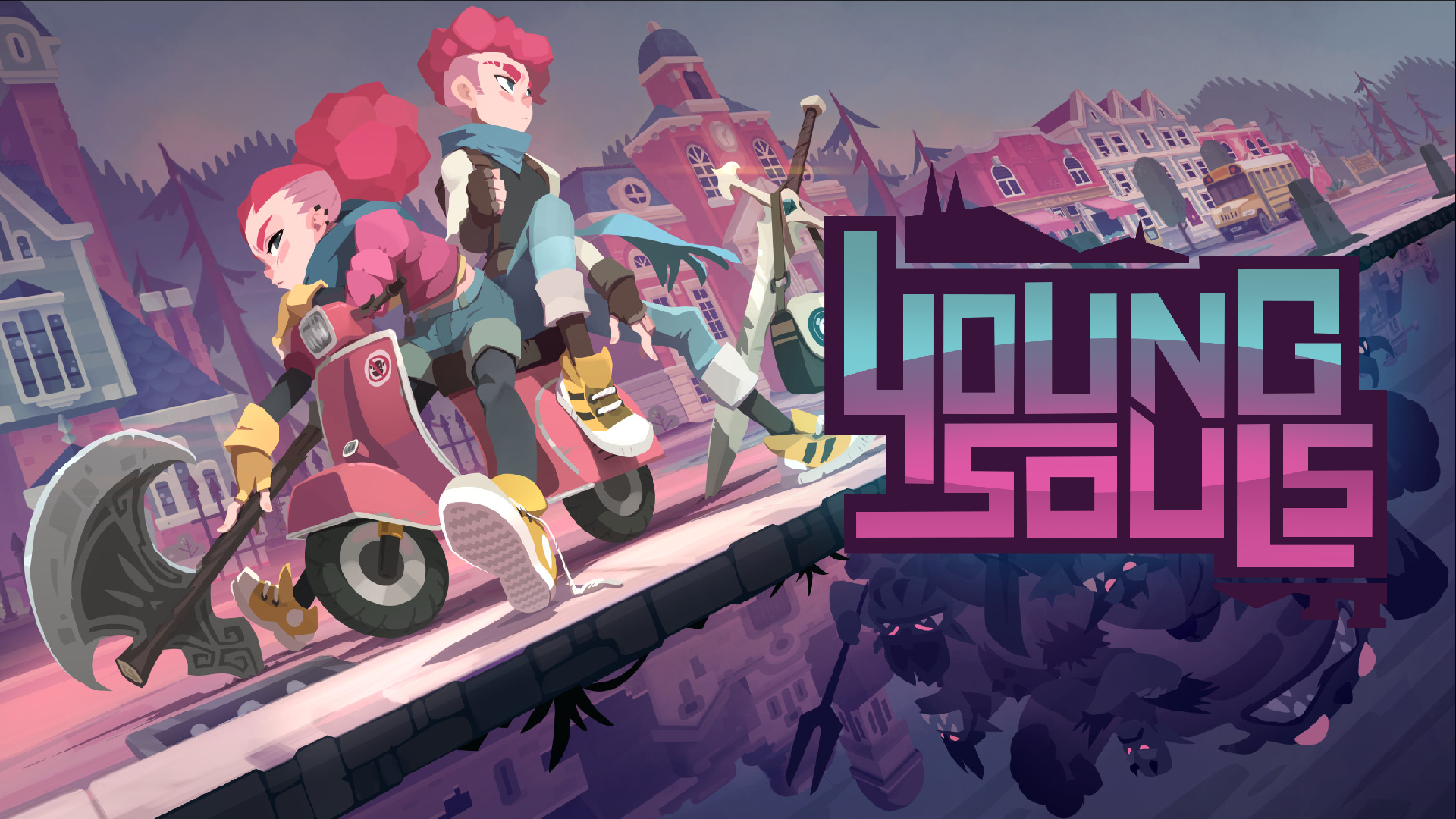 While I love huge epic games with realistic graphics, I’ve always had a soft spot for simple adventure and platformer games. Being born in the late 80’s, I was exposed to all of the first gaming systems on the market. My first console was a Sega Genesis, where I was hooked on games like Sonic the Hedgehog, Mortal Kombat, and Vectorman. When I saw the press release from The Arcade Crew about Young Souls and KUNAI, I felt a nostalgic pull.

Young Souls isn’t necessarily a retro game, but it evokes a lot of the same feeling. It calls back to a time where 2-player cooperative was widely popular and focuses on that bonding experience between two people. Even the story, which is about the teenage twins Jenn and Tristan, is about a strong interpersonal connection. The game can be played solo, coop with AI, or coop with another player.

The stylish dungeon crawler featured several unique elements that drew me in. The twins are thrust into a secret world run by goblins, where magic exists and danger lurks around every corner. The characters are brought to life in beautiful 2D drawings that carry a lot of heart and fun. The combination of fantasy and punk style (the twins literally wear armor AND sneakers) will certainly appeal to a wide audience, and the snappy gameplay will have people questing for hours on end.

One of the more interesting story (and mechanical elements) is the difference between day and night. During the day, the twins can explore their mansion and the charming nearby town, visit shops, and train to upgrade their stats. The human town has an equivalent goblin street, which is populated over the course of the game as you free the good goblins from various dungeons. The human and goblin worlds also work together. Since goblins are familiar with magic, they can identify the magical properties of items bought in the human world!

When night falls, things get dangerous. The portal under the mansion becomes active and you can start delving! Jump into one of 70+ dungeons, all of which have a unique design and different enemies to encounter. Defeat the monstrous evil goblins, collect loot, and rescue new friends. You can’t enter a dungeon lightly. Once you do, it’s all or nothing. You must complete the dungeon before the game allows you to save your progress again. If you are defeated, all of your gold and experience are saved but you’ll have to start the dungeon from the beginning again.

My friend Sarah was there with me to experience the demo, and shares my interest in this game. Since we play games that offer a lot of character customization, seeing all of the RPG elements that we love wrapped up into this simple stylistic dungeon crawler definitely spoke to us as gamers. Young Souls doesn’t have a release date yet, but we’re certainly looking forward to playing the full game once it’s available. 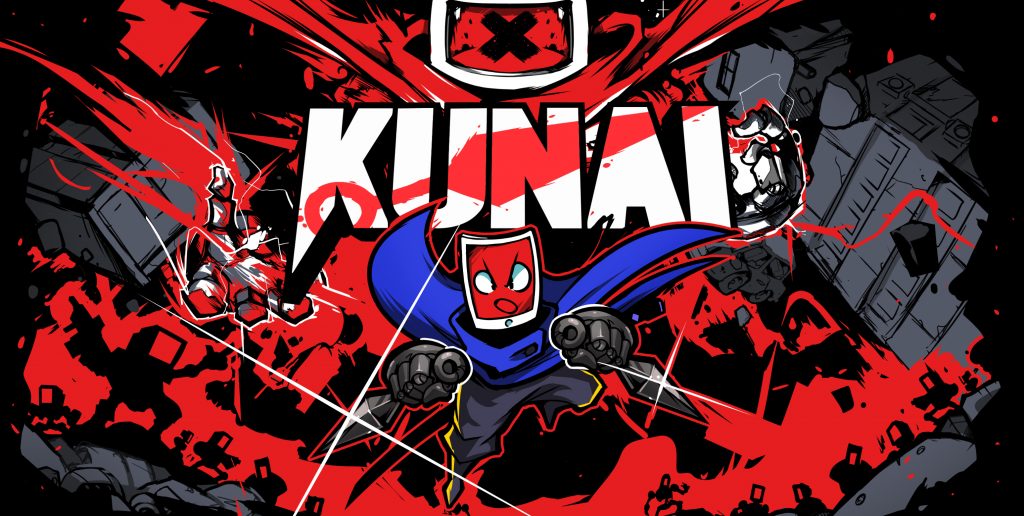 Now, the second game I played at The Arcade Crew’s booth was KUNAI by TurtleBlaze. To be completely honest, I hadn’t planned on testing out this game. I was interested for sure, but with an already packed weekend I just didn’t think I could make it happen. The opportunity presented itself, and I was happy to take it.

Much more so than Young Souls, KUNAI was a nostalgic trip for me. The gameplay, the concepts, and even the color palette all screamed 80’s era gaming. KUNAI has the players take control of a sentient, ridiculously cute little tablet named Tabby. In a world left ravaged by computer viruses and tech gone wrong, Tabby uses samurai fighting skills to save humanity.

I picked up the game at some point near the middle of the demo, which gave me a solid taste of the gameplay in a short amount of time. My face stretched into a grin as I quickly noticed Tabby’s cycle of emotes as I jumped around and slashed through enemies. My curiosity struck me as to why they made him a tablet, but soon enough I didn’t care. I was having too much fun watching the little face smile and grimace.

The game features a large arsenal of weapons and gear, but I only got a chance to try two of them. Tabby’s katana, which is the primary weapon for the game, and the dual kunai. The little confusion I had about the game’s title was quickly wiped away when I picked those up. Tabby uses the kunai like grappling hooks, launching across the screen like Spiderman! Once I got the hang of them, I was hooked (har har).

The boss fight at the end of the demo was just challenging enough to make me consider my strategy and pick my moments to attack. It did a great job of testing the skills I had just acquired, which is something I greatly value in a video game boss fight. As a bonus at the end, Tabby got a charming little hat that looked like the boss I’d just defeated.

So it looks like The Arcade Crew will be bringing some solid games to the table very soon, with KUNAI releasing in February 2020 and Young Souls following up later this year. Here are a few reasons I think that anyone could like these games.