Theatre Review: A GENTLEMAN’S GUIDE TO LOVE AND MURDER Will Have You Dying From Laughter 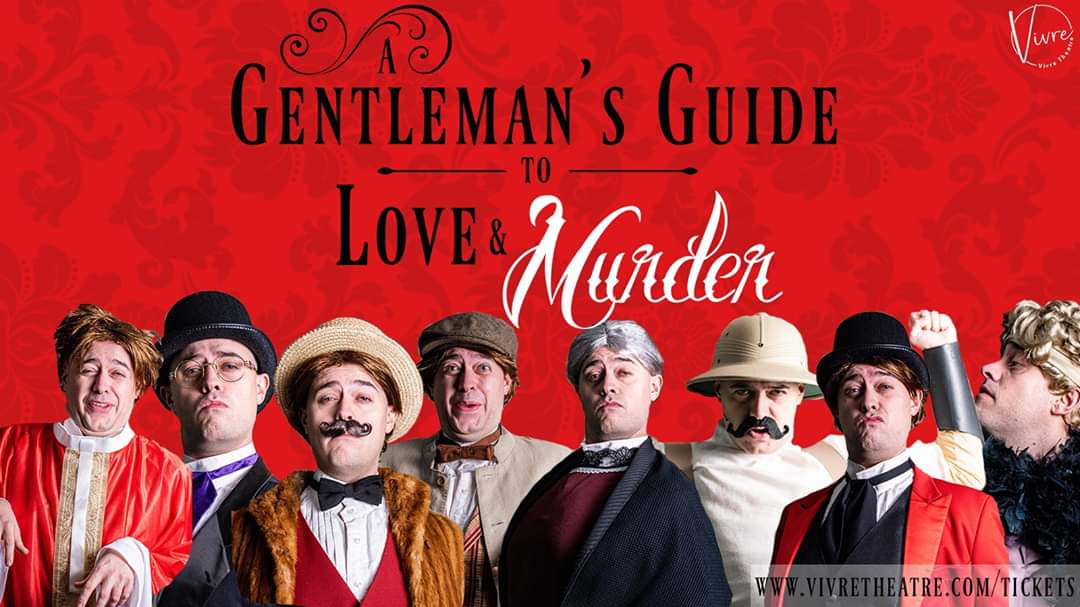 One of the funniest new shows of the past decade, A Gentleman’s Guide to Love and Murder has made its way to a local production in St. Louis.

The story is based on the novel Israel Rank: The Autobiography of a Criminal written by Roy Horniman in 1907. Steven Lutvak (Music and Lyrics) and Robert L. Freedman (Lyrics and Book) brought the show to Broadway in 2013, where it won 4 Tony Awards for Best Musical, Best Book, Best Direction, and Best Costume Design.

The show only became available for licensing in mid-2018, and St. Louis is lucky enough to see it performed by Vivre Theatre this season.

While dealing with the recent passing of his mother, Montague Navarro (Jayde Mitchell) is visited by an old family friend – Miss Shingle (Kay Love) – who reveals to him that he is ninth in line to become the Earl of Highhurst. His mother was born into the royal D’Ysquith family, yet she was disowned when she ran away with his father. After writing a letter to the family, he receives a stern rejection – warning him to never contact them again. So Monty decides to take it upon himself to close the gap between him and the throne. 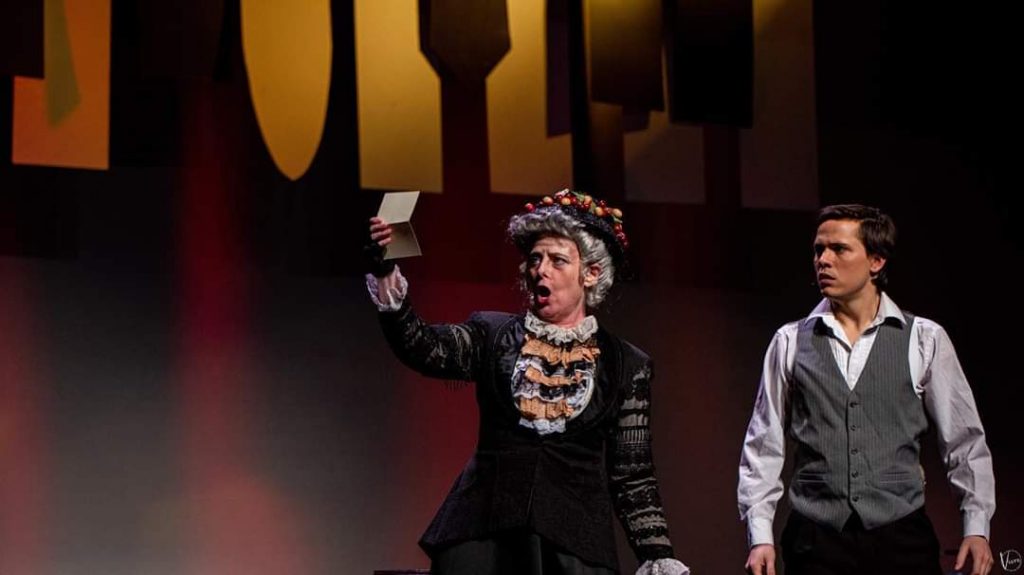 I’ve seen the National Tour twice before, and the show’s clever book and songs never get old. Vivre’s version is impressive, featuring elaborate sets and a wonderful cast. 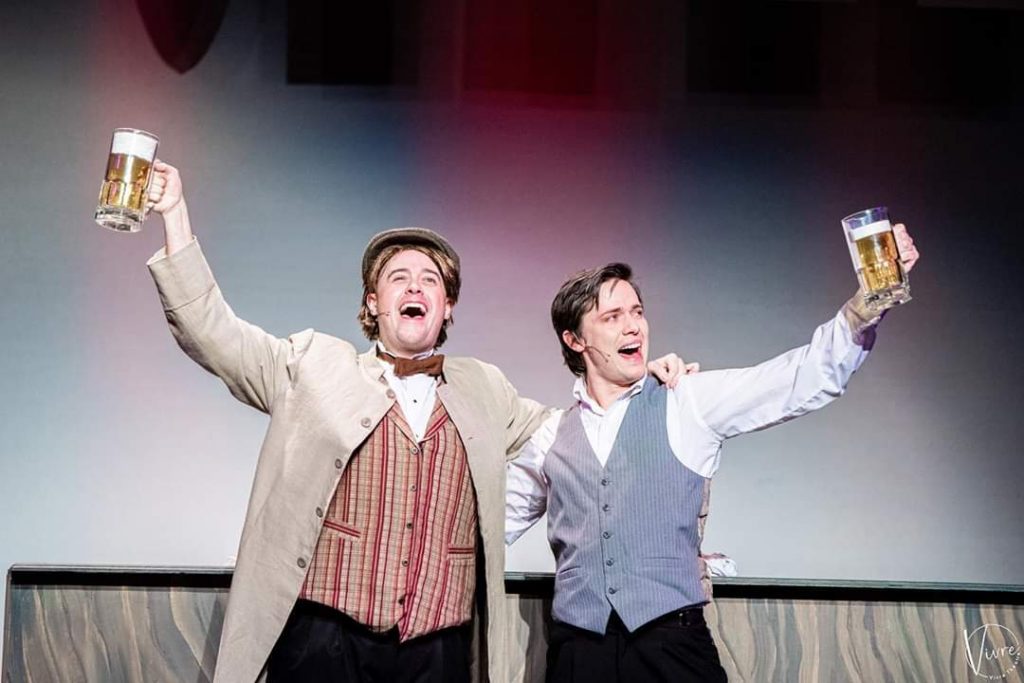 Mitchell is fantastic as the cunning Monty Navarro, whose confidence builds as he gets closer to the earldom. Watching Monty transform from a nobody to a D’Ysquith offers plenty of laughs, especially as his plotting grows more as more sinister.

It isn’t all gruesome however, as Monty’s story is also one of love. His lover Sibella, played by the delightful Jaqueline Roush, decides that the two of them can never have a future together on account of Monty’s low station. However, the thoughts about him start to change as his future becomes brighter. Meanwhile, Monty strikes up a romance with Phoebe D’Ysquith (Julia Gilbert), and a hilarious love triangle ensues.

All three of them have great chemistry together, especially during the famous number that was performed at the 2014 Tony Awards – “I’ve Decided to Marry You.” Mitchell has the seemingly impossible task of bouncing back and forth between the two women – neither of which know each other are there – juggling his emotions for both. The trio pulls the number off without a hitch, and it’s one of the highlights of the show. 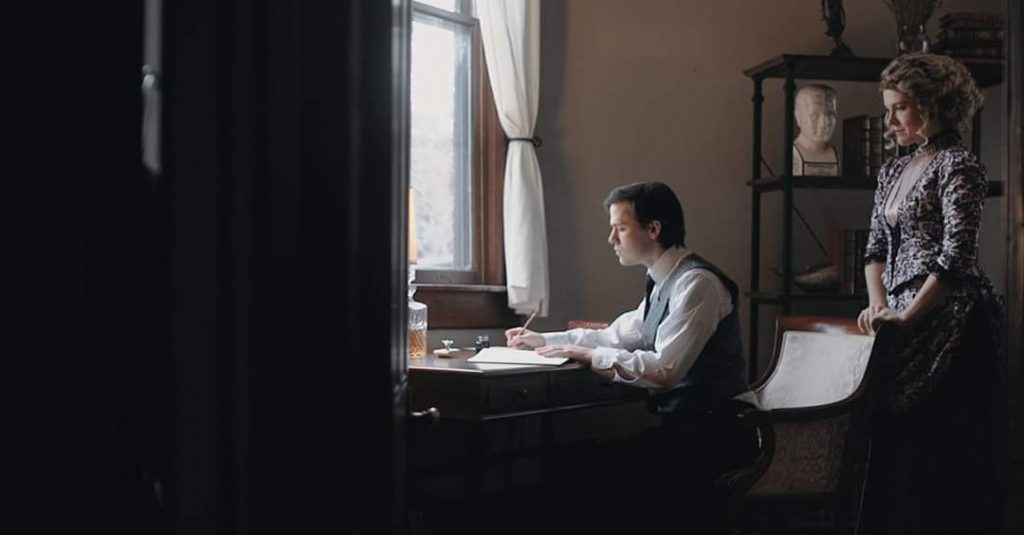 Speaking of performing the impossible, Cory Frank does an incredible job playing the entire D’Ysquith family. Ever since I saw the show for the first time, I’ve been mystified at how one actor can pull this role off. And I’m happy to report that Frank nails it, with a hilarious tour de force of comedy.

As I mentioned previously, the songs in the show are extremely clever and always memorable. The cast is full of talented vocalists, who all do a great job with their accents as well. Gilbert, in particular, has a beautiful operatic voice that lends itself to the character. And the band sounded great the entire evening, under the direction of Meredith Todd.

A Gentleman’s Guide to Love and Murder is a show I tell everyone about, and cannot recommend highly enough! You will not want to miss the chance to see this hilarious musical while you still have the chance. Vivre has crafted a marvelous, must-see production of one of my favorite shoes, and I’m looking forward to seeing what they put together next.

There are three chances to see Gentleman’s Guide to Love and Murder this weekend: Friday, Jan. 31 at 7:30pm, as well as Saturday, Feb. 1 at 2pm and 7pm. For tickets and more information, visit vivretheatre.com/tickets. 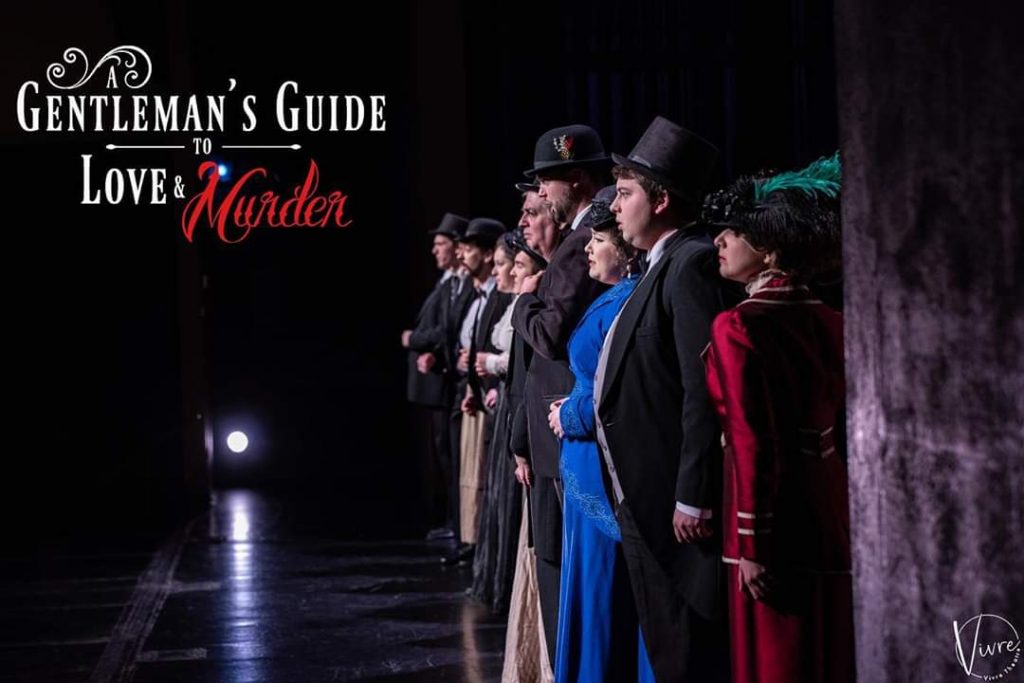