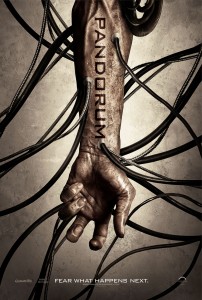 First, let me say that I went into this movie expecting very little due to the sheer amount of movies that I have seen involving drifting space ships where something goes very wrong.

However, this one was slightly different.

Pandorum is loosely defined in the movie as a sort of space madness, that begins with trembling hands and leads to paranoia and psychosis.

Bower (Ben Foster) is the first character that you see as the movie begins, and you spend the first several minutes finding out that he has been in a sort of cryosleep chamber for long enough to have lost much of his memory. He begins to remember who he is very slowly while he sets about getting dressed and attempting to restore power to the dark room his is in.

There are several other sleep chambers in the room, some empty, and one filled with a LT. Payton (Dennis Quaid). After Payton wakes, the two set about trying to get out of the room they are stuck in, because they cannot open the door, again due to the power being down.

Bower climbs into a ventilation shaft and heads out to find a way to restore power.

This is where I am going to STOP telling you about the movie. Why? Because from the moment he exits the ventilation shaft he is in, you board a thrill ride. I refuse to spoil it for you. That’s right. Sue me.

What I will tell you is that this ship, is no ordinary ship. This ship carries the last of human kind. Earth has become a war zone, with everyone fighting over its remaining resources. So as Earth dies, the people send everyone they can on this ship, appropriately titled Elysium; to a new Earth-like planet that had been discovered. This ship is literally Noah’s Ark. If it fails to reach its destination planet, then the human race will cease to exist. No stress, right?

Unfortunately Noah’s Ark has no crew, save Payton and Bower, and something is quite wrong with both of them. To find out what happened to the crew who was piloting the ship prior to Bower waking up, you will just have to go see the movie.

I promise that if you enjoy a thriller that will keep you on the edge of your seat, you won’t be disappointed. This movie packs great visuals with enough horror bite to satisfy most fans of the genre. It also draws you into the story so well, that you don’t even notice the twist in the plot until it’s smacking you up side your cranium.

I give it a B- for thriller and horror fans. 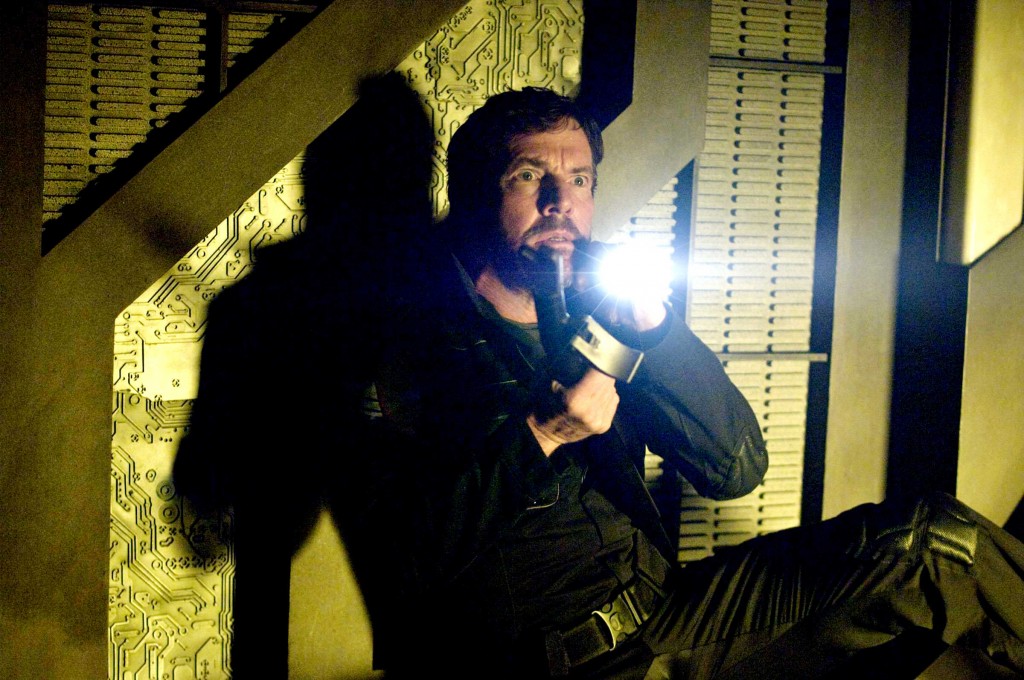