Opera Theatre of St. Louis Hits All the Right Notes with THE MAGIC FLUTE (Review) 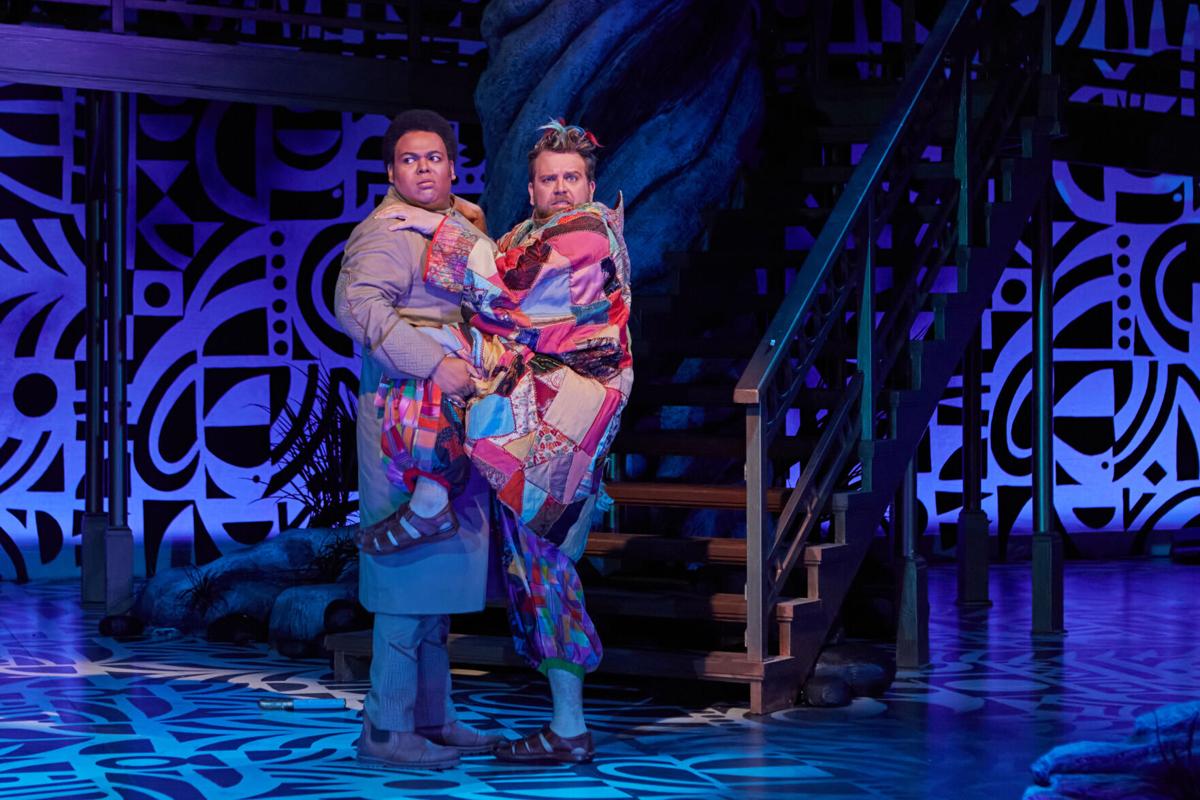 With so much intensity permeating through Opera Theatre of St. Louis’ 48th season, it is good to see the company let its hair down. With two emotionally heavy world premieres surrounding it, The Magic Flute provides some much-need relief.

Mozart’s final opera, The Magic Flute is an enchanted fairy tale filled with whimsy, and perseverance. In it, Pamina, the lovely daughter of the Queen of Night is in grave peril. Captured by the dastardly Sarastro, she requires a gallant hero to save her. Lost in a strange land, the innocent Prince Tamino is suckered into accepting her challenge.

Every great hero needs a sidekick. For Tamino that man is the ridiculously silly Papageno. A carefree bird catcher, his rather lackadaisical life suddenly becomes more interesting when he is enlisted to help Tamino.

Guided by three spirits, the heroes are each given magical instruments, a flute for Tamino and bells for his comrade, to protect them throughout their journey. Despite being given a heroic assignment, the pair bicker and squabble as they struggle to stay on the same page.

As their harrowing adventures unfold, Papageno and Tamino appear to be doomed. Danger lurks everywhere as they wander in an unknown place. The Prince’s fortune changes however, when he encounters the beautiful Pamina. Dazzled by her, he quickly casts aside his mission and decides to remain with his love in Sarastro’s kingdom.

Fortunately, Sarastro is not the vile despot he is made out to be. A wise ruler who believes in making his subjects prove their worthiness, he forces the oaf and the prince to face a series of trials to validate themselves. Forced to endure difficult tests in silence, their quest for love and enlightenment is filled with danger.

Not much can be said about the ensemble except they are all amazing. Joshua Blue is the picture of reluctant heroism as Tamino, while Jonathan McCullough’s over-the-top Papageno is delightfully goofy. Together, they form an engaging double act that is wholly enjoyable.

Jeni Houser shines as the Queen of the Night. Her fantastic singing is perfectly paired with a majestic grace that makes her right for the role. Soprano Erica Petrocelli is a star on the rise. Here she excels with Blue in some of the opera’s most powerful moments. Also astounding is Adam Lau, whose powerful vocals as Sarastro nearly steal the production.

A triumph of sight and sound, OTSL’s The Magic Flute features the season’s best collection of voices. It also features a score of beautiful folkish melodies which underscore the theatrics onstage of the opera. Working in sync, the cast and crew have captured the essence of Mozart’s final opera.

Layered with Masonic symbolism and allegory this love-infested fairy tale hooks its audiences from the start. If the vivid colors, commanding performances, rapturous music, and jaw-dropping singing of Opera Theatre’s The Magic Flute fail to move you, then you are not alive.

The Magic Flute runs through June 26th at the Loretto-Hilton Center on the campus of Webster University. Productions at Opera Theatre St. Louis are in English with musical accompaniment from The St. Louis Symphony Orchestra. For more information on programming or the 2020 season, visit opera-stl.org.