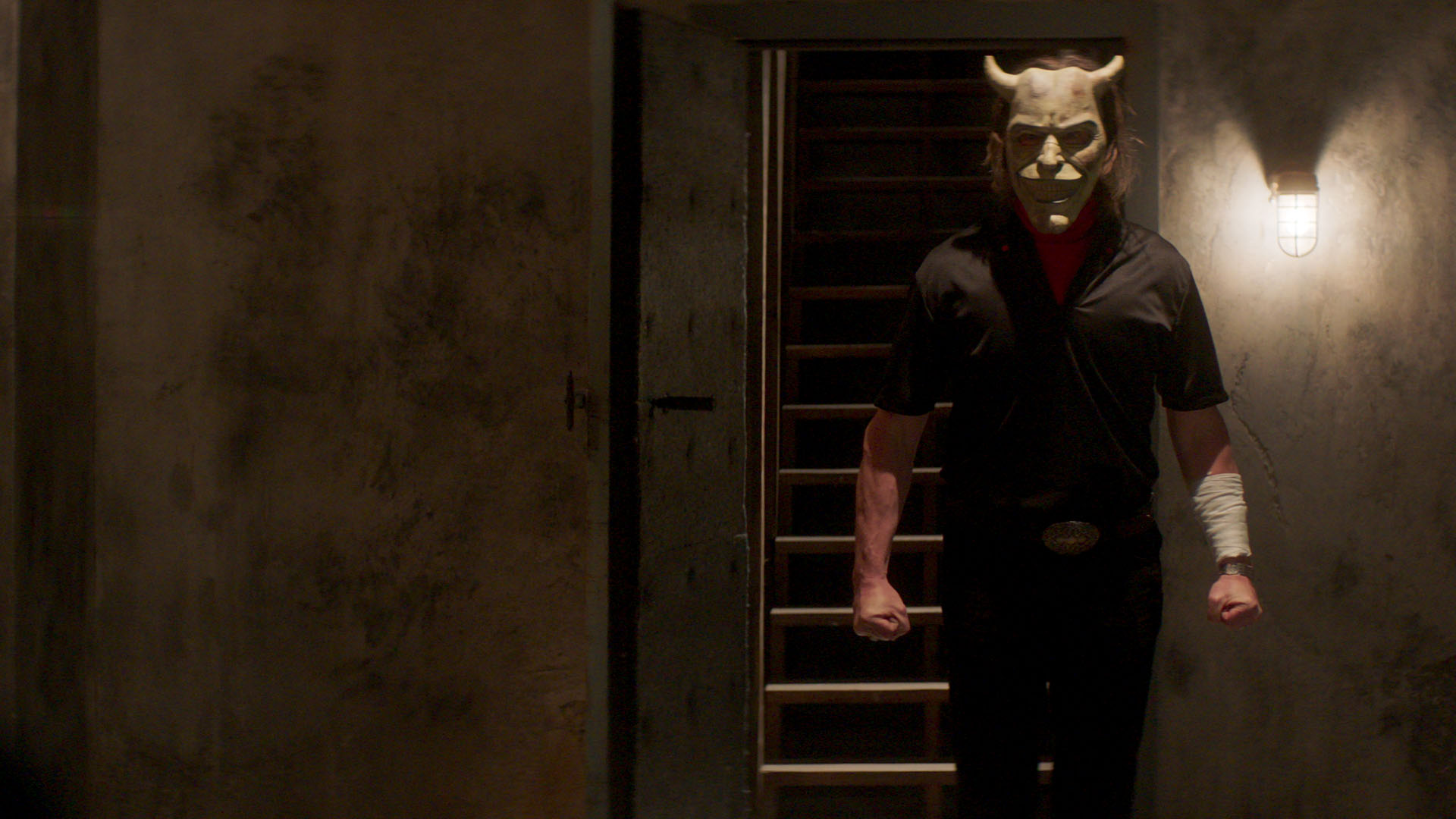 The Black Phone is Scott Derrickson’s return to horror after a brief stint with Marvel (Doctor Strange) and as a big fan of his 2012 film Sinister, a very welcomed return at that. Adapted from a short story of the same name (penned by Joe Hill), the film follows a series of kidnappings in a 1970s setting by an elusive entity the community has dubbed “The Grabber.” When our protagonist falls victim to the Grabber, he begins receiving phone calls from previous victims on a disconnected phone while in captivity.

The film follows newcomer Mason Thames as Finney, a thirteen-year-old outcast in his school and a frequent victim of some egregious bullying – and the film does not hold back in showing just how cruel kids can be. Combined with his alcoholic and abusive father (Jeremy Davies), Finney just doesn’t have any strength in him to stand up for himself, making him the perfect target for The Grabber.

Derrickson is masterful in setting the eerie tone early in the film. Much like Sinister, there’s an uncomfortable presence felt as scenes unfold before The Grabber (Ethan Hawke) even makes his first appearance. When he does, however, it’s game on because Hawke is deliciously captivating in his performance in what I felt to be very little screen time. He dons a two-piece demonic mask that’s changeable from the nose down to reflect what kind of emotion he’s feeling and it’s incredibly effective in amplifying the creepy scale.

At its core, the film is kind of a basic abduction movie. What makes The Black Phone different, however, is the paranormal element of the titular phone in the soundproofed basement in which Finney is captive. Throughout the film, Finney receives calls from the Grabber’s previous victims, giving him advice as to how to survive this “game.” These scenes are expertly crafted by Derrickson to be even creepier than just a voice on the other end and are easily the best scenes in the film for me.

Where the film falters is the ambiguity of it all, as it left me with too many questions at the end. There is no explanation as to why the Grabber is doing the abductions, despite there being several hints throughout the film that there’s a method to his madness. Additionally, outside of the basement setting, we follow Finney’s scene-stealing sister, Gwen (Madeleine McGraw), who has inherited an ability from her deceased mother to see real-life scenarios within her dreams – a very convenient ability to have when her brother is missing, I’d say. The ability itself fits within the confines of the paranormal movie we’re viewing, but the lack of explanation as to how and why it exists makes it nothing more than a contrivance for the plot and I found myself disappointed in that. Given the methods of the industry today, I’d even be willing to bet there’s a prequel idea lingering in the back of Derrickson and co-writer C. Robert Cargill’s minds that hinges on the success of this film – but that’s purely speculation.

I enjoyed The Black Phone and was happy to see Derrickson returning to the horror genre. With a little more fleshing out of some elements, I may have enjoyed it even more. I certainly wanted to.