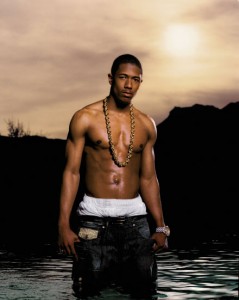 In response to Eminem’s latest attack on Mariah Carey, “The Warning,” Nick Cannon has “tweeted” on Twitter multiple times. Eminem attacks Mariah with a string of insults, threats, and accusations in his latest release, in rebuttal to her song “:

“Victorious warriors win first then go to war, while defeated warriors go to war first and then seek to win”

“But let’s not get it twisted. If you feeling froggish, leap!! Y’all know where to find me… [email protected] Holla at me directly!”

“Changing the world one hater at a time!”

“Be patient in the moment of anger and escape a hundred days of sorrow!”

“I will bless those that bless you, and whoever curses you I will curse.” Genesis 12:3

“Never take your own revenge, but rather give place unto the wrath. For it is written vengeance is mine, I will repay… PREACH!”

“When there are no enemies within the enemies outside can not hurt you!”

Quote of the day: “Never argue with fools because from a distance people cant tell who is who”

It appears that Nick Cannon has decided to take the high road. He decided that he doesn’t want to play Eminem’s game, and respond with heated words – which is surely what Em was expecting. We will have to wait and see what happens….