You are Chris Weitz, your film just had one of the biggest openings on record, what do you do next? You work on a more personal project. The great thing about being tied to a series like Twilight is that you have a built in audience that can help propel future projects. The audience didn’t go see the film because it was directed by Chris Weitz. If they liked the film then the studio will acknowledge the director, and a good relationship is formed. It seems like Summit is getting ready to play in the big leagues now. 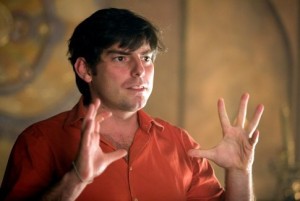 As “New Moon” soared toward a $258 million opening weekend worldwide, director Chris Weitz was in discussions with Summit Entertainment for his follow-up.

Weitz said he plans to go to work for Summit right away on “The Gardener,” with deals in the works for Weitz and Eric Eason (“Manito”), who wrote the screenplay. The picture is about a hard-working immigrant who lives in Los Angeles and his efforts to protect his son.

Weitz said he will begin production in March or April.

“There are no werewolves or vampires, just a Mexican gardener in Los Angeles,” Weitz said.

Weitz also dispelled reports that he would stop directing movies after “The Gardener,” an assertion that came from an interview he gave to Moviemaker magazine. The retirement angle got picked up by the New York Post’s Page Six late last week.

The report inferred that Weitz’s exit was based on the rough treatment he got from New Line on “The Golden Compass.”

Weitz did not deny that he had a terrible time on that movie, but said he was reinvigorated by “New Moon.” He met his goal to broaden the visual scope of the film from the original while keeping it on budget and not overwhelming the appeal of the core love triangle.

Weitz said Summit and author Stephenie Meyer trusted him to honor the books while adding his own stylistic imprint, something that didn’t happen on “The Golden Compass.” He added that “Golden Compass” was taken away from him and that heavy-handed editing by New Line eliminated 30 minutes of footage and neutered any of the edge evident in the Philip Pullman books.

“It was an utter violation of my status as a director and the worst thing that has happened to me professionally,” Weitz said. While he “bit through my tongue” when that film was released out of loyalty to cast and crew, he was very happy to see “New Moon” surpass grosses of “The Golden Compass.”

“I was treated badly, it was almost like they never read the books. They seemed frightened of offending the right. This was a wonderful experience by comparison. I got to work with terrific young actors at the top of their game, and see Taylor Lautner perform so well.”

His mind seemed squarely on his directing future and on Depth of Field, the company he runs with brother Paul, who’s off directing “Little Fockers.” Depth of Field’s Tom Ford-directed “A Single Man” has Oscar hopes.

Weitz said he’s learning to be careful about swearing off movies in interviews when he’s drained from finishing one.

It really is sad that The Golden Compass got so butchered. Having read the books I’m not sure Phillip Pullman’s original vision would have been able to be presented well on film. I wasn’t a big fan of New Moon, but I do feel Weitz is a capable director. I look forward to what he might be doing with his next project.

Side note: Can anyone forget Chris Weitz in his role with Mike White in Chuck and Buck? I think I am forever disturbed by one line in that movie….