I remember sitting in the theater a couple of summers agowaiting for “GI Joe” to begin.  I was just hoping for a fun popcorn flick.  Similar to a “Transformers” or most any superhero flick.  I left the theater wishing I could get two hours of my life back.  I didn’t find it fun.  I didn’t laugh.  I wasn’t blown away but the action sequences.  So why would I bother getting my hopes up for a sequel that probably shouldn’t have even been made?

I’m not really sure, but I am anticipating it nonetheless.  Maybe it’s the action promised in the trailer.  Maybe it’s the hope that a new cast and director will breathe new life it to a concept that has great potential.  Yes, I will end up seeing the film, but I have the slight gut feeling that I will regret it later.  For now, we have two brand new images of Snake Eyes in the film.  Nothing that will blow your mind, but he is one of the coolest characters so I am sure fans will be happy to see him. 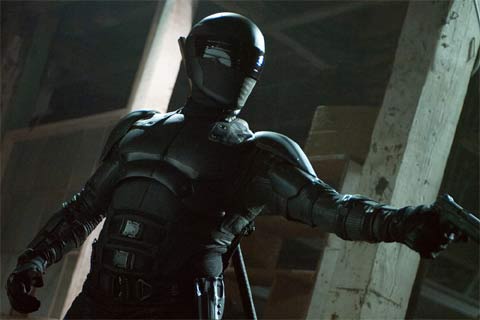 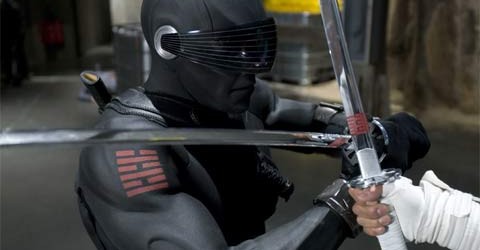