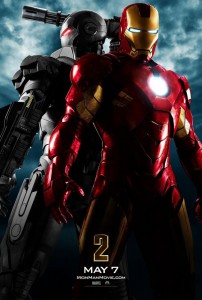 Every single still image I’ve seen so far for Iron Man 2 made me kind of shrug my shoulders. Finally! Here is something that makes me become impatient for May. The first one was some great escapist fun. It was so much fun that I paid to see it multiple times in theaters, and I even took my mom to go see it. Dedication right? If this trailer is any indication of the quality of the second film, then we have another winner on our hands. My guess is that this film will have a Dark Knight style opening weekend. It may not go on to gross as much, but it won’t be too far off. Get ready for record shattering weekends in May.

BTW, how awesome was the end of that trailer? I won’t say what, so as not to ruin it for anyone, but really? Once you see it you’ll understand.