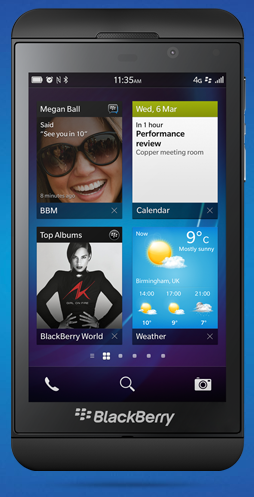 I have been known to proclaim BlackBerries as a dying breed, but when they unveiled the new Z10 and Q10 devices on my birthday, they really impressed me. I mean, I actually wanted to get one of these in my hands. That’s a huge accomplishment in itself! Bravo, Thor. Bravo.

The new Z10 is already available in 21 countries, from as early as January 31st in the United Kingdom. But here’s the latest news about the new phones on our stretch of Earth:

· AT&T rumored to bring the new BlackBerry Z10 to the USA on March 22nd. No pricing, but I imagine $199 on-contract.
· Verizon says their Z10 will be $199 on-contract, but no release date yet. They may try for end of March as well.
· T-Mobile has no pricing info nor a confirmed release date for their Z10, but are trying for a mid-March release. Looks like there might be a delay if they don’t get on it…
· Sprint says they’re only carrying the Q10, the new QWERTY flagship device. Again, no pricing or date. 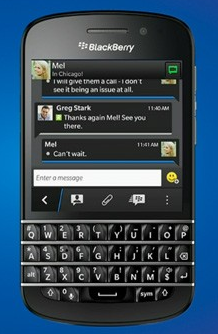 The original plans from BlackBerry back in January were to release the new flagships sometime around the end of March or sometime in April for the USA. So AT&T is on track, and we can expect the Z10 to be arriving everywhere in the weeks after AT&T.

The Q10 is looking to follow close behind, landing on AT&T, Verizon, and Sprint sometime in April.