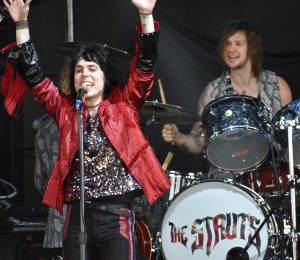 The concert season just got a bit more exciting on Tuesday, as it was announced the a new outdoor venue for music fans to enjoy will open this summer.

St. Louis Music Park in Maryland Heights will open on May 25, as pop singer Kesha and Big Freedia will kick off the summer concert lineup.

Other acts coming to St. Louis Music Park include the Struts with the Glorious Sons on June 5; Barenaked Ladies, Gin Blossoms and Toad the Wet Sprocket on July 1; David Gray’s “White Ladder” anniversary tour on July 21; and Michael Stanley and the Rosonators on Sept. 12. New concerts will be announced on a weekly basis.

Hollywood Casino Amphitheater is expected to have over 40 shows this summer, while the smaller venue, which will hold around 4,500 people, will host 15 to 20 shows.

Concerts will be booked exclusively through Live Nation. Tickets for shows at the amphitheater can be purchased at the Hollywood Casino Amphitheater box office or ticketmaster.com.