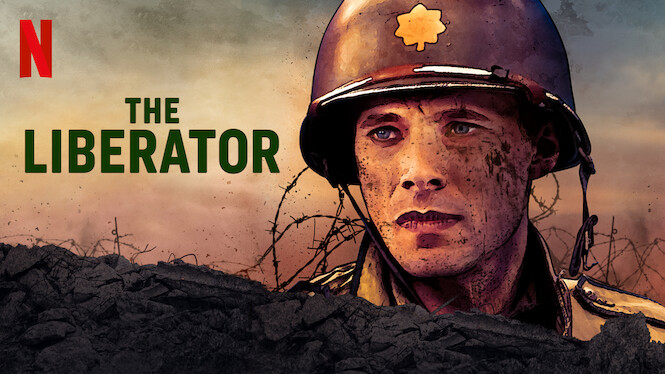 If we want to be optimistic, the history of America is laden with ordinary men and women stepping up when it was needed, to deliver in the clutch when others couldn’t. Be it the farmers who fought for independence in the American Revolution to the millions of young men to the proverbial (and sometimes literal) fight for equal rights for minorities to countless sports heroes, the idea of an otherwise unspectacular person becoming spectacular is a story that’s woven into the fabric of this country in the best of times.

Perhaps it’s no coincidence, then, that my favorite history subject to study is World War II, as the topic is intensely saturated with the story of such men and women. One could study the war for years and still find a new exemplary person on a daily basis. When I saw the first trailer for The Liberator on Netflix, I was intrigued; Band of Brothers meets A Scanner Darkly? Hell yeah. Well, it’s not quite that, but I still found myself entertained.

Rather than set itself in the eastern European front as many other films and TV series have done, The Liberator follows Felix Sparks (ably played by Bradley James) as he and his unit, the 157th Infantry Regiment, make their way through the events of World War II.

This mini-series will inevitably draw comparisons to Band of Brothers, and it’s certainly understandable. The first episode shows Felix’s assignment to J Company, which is locked up in jail. Tasked with whipping them into shape, Felix demonstrates a natural ability to lead through encouragement and reward rather than fear and punishment. As they fight their way through Sicily, Anzio, southern France, and eventually Germany, Sparks is seriously wounded (what was known amongst service members as the million dollar wound, as it meant they would be sent home), but goes AWOL to return to the line to lead his men.

I don’t want to spoil much of the plot, but it’s a pretty straightforward war series. It’s a story you’ve seen before, but the details are changed. As the men serve and bond together, several are killed and replaced; many of the original men who were viewed as incompetent prove to be competent and even exceptional soldiers. The cast is solid; everyone plays their roles well enough.

So how is this any different from BoB? Well, the easiest distinction is the visuals. Rather than relying upon massive real-life sets and special effects, the film uses a computer-aided version of rotoscoping called Trioscope Enhanced Hybrid Animation. The actors were shot on camera and then animated over, providing the series with its drawn appearance. Unfortunately, the effects are somewhat inconsistent and hit-or-miss. The animation varies from being incredibly smooth and beautiful to choppy and comparable to a 2008 computer trying to run Crysis on Ultra settings. Other scenes are very lightly outlined while others have heavily-outlined, almost Archer or Borderlands-style black lines around everything. On top of that, many of the uniforms and weapons have arbitrary white lies running up and down them. Perhaps it’s meant to provide contrast and highlight different lighting angles, but it can be extremely jarring.

Besides the obvious, and this is one thing I think The Liberator does better than Band of Brothers, is that it’s more personal and shows Sparks as he goes through the gamut of human emotions. Since they only have four episodes, the cast is minimized to just a small group of soldiers (in reality, Sparks commanded first a company, then up to three divisions by the end of the war) so the audience isn’t forced to learn 30 different names in a short time. By sacrificing gritty realism, the producers streamlined the narrative down to the most essential characters, and I think it was the right move. But more than that, The Liberators isn’t just four straight hours of Sparks kicking ass and making every right decision; even when he makes the right call, it doesn’t always work out. It’s a reality many officers and commanders have faced for centuries, and Felix isn’t immune to it. Seeing Sparks deal with it lends a bit of humanity to him, and it’s for the best. He wasn’t a superhero; he was just a common man who did what he thought was the right thing at all times.

It isn’t perfect, but for the World War II aficionado that’s waiting for Masters of the Air to come out, it’s satisfying enough to hold you over. In all likelihood, it won’t reach the beloved status of Band of Brothers or even The Pacific, but The Liberator does well enough in its own right.

The Liberator gets a B-.