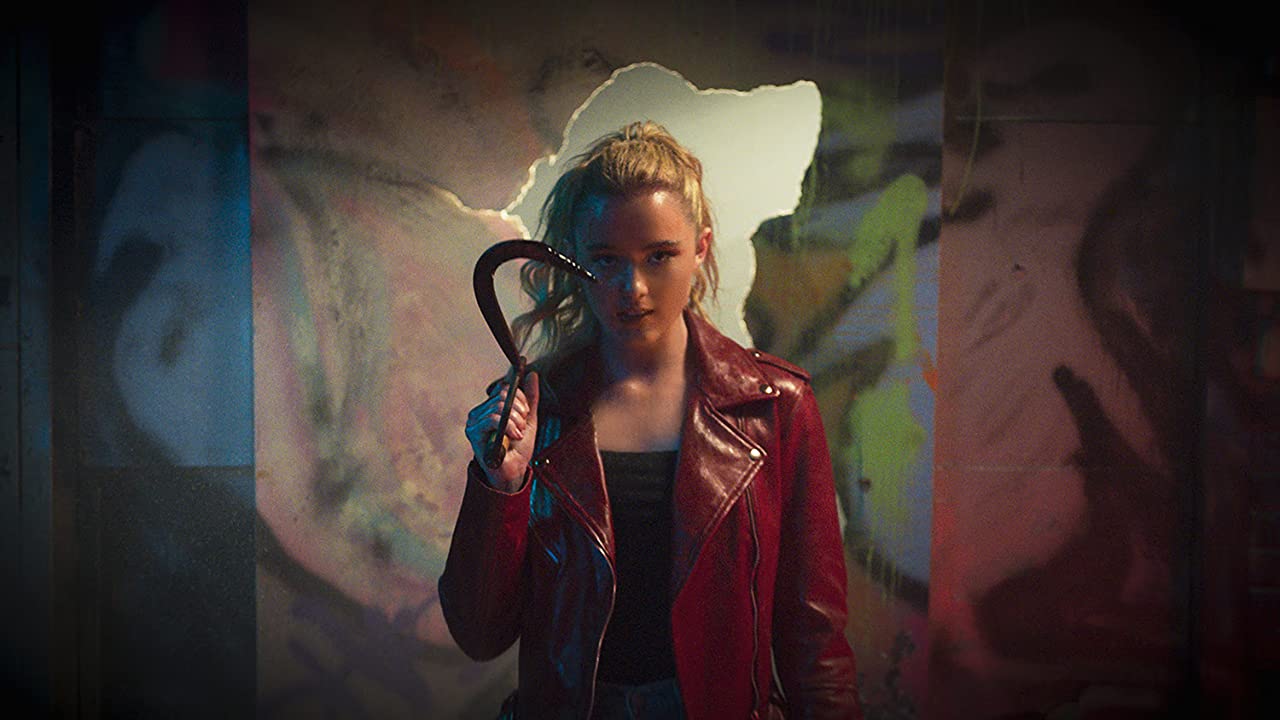 You’ve seen body-swap movies before, but never quite like this…

Today, on Friday the 13th, Blumhouse is releasing their latest horror-comedy from director Christopher Landon (Death Day). Freaky follows in the footsteps of other body-swap comedies like Freaky Friday, 18 Again!, 13 Going on 30, etc. Except this one the formula on its head, when the serial killer and final girl are the ones who switch places.

Millie (Kathryn Newton) is your average high school student, dealing with her fair share of “mean girls” and unrequited crushes. She’s still struggling with losing her father the year before, and her mom (Katie Finneran) is somewhat over-involved in looking out for her. Luckily, Millie has her best friends Josh (Misha Osherovich) and Nyla (Celeste O’Connor) to watch her back.

Meanwhile, a killer dubbed “The Blissfield Butcher” (Vince Vaughn) is on the loose, who we see take out a house party of teens in the opening scene. There he steals a mysterious knife that seems to hold supernatural abiltiies. He eventually makes it to Millie’s school, and while attacking her on the football field the knife activates a ritual that causes their bodies to be swapped. After escaping, The Butcher wakes up in the body of a teenage girl – and Millie finds herself in the body of a deranged killer.

Written by Landon and Michael Kennedy, Freaky doesn’t pull any punches when it comes to the horror elements in the film. As much fun as the Happy Death Day movies are, they both live in the world of PG-13 world where the humor is played up more than the killing. In this one, however, they fully embrace the R rating and have lots of fun with creative kills and practical effects. It reminded me of the over-the-top kills of 80s horror movies, and I was there for it!

Kathryn Newton is fantastic playing dual roles, both as the reserved high-schooler and homicidal serial killer. It’s always fun watching actors playing one another, and this is no exception. Vaughn’s performance as Millie is where unsurprisingly where much of the humor comes into play, and he does a great job as well. The movie has a lot of laughs mixed in with the kills, which keeps things moving and a nice clip for the 101-minute runtime.

Also of note, Alan Ruck (Cameron from Ferris Bueller’s Day Off) plays a terrible teacher who mistreats Millie, in one of those love-to-hate roles where you can’t wait for the character to get their come-uppance. Let’s just say you won’t be disappointed.

Freaky is a clever concept that turns the body-swap genre on its head, much like Happy Death Day did with the time-loop formula before. It’s a fresh take on a classic trope, and delivers the brutal kills and thrills that horror fans crave – while dropping laughs throughout. The film is a fun throwback to 80s slashers with modern sensibilities, and it’s exactly the type of entertaining film that we need right now.