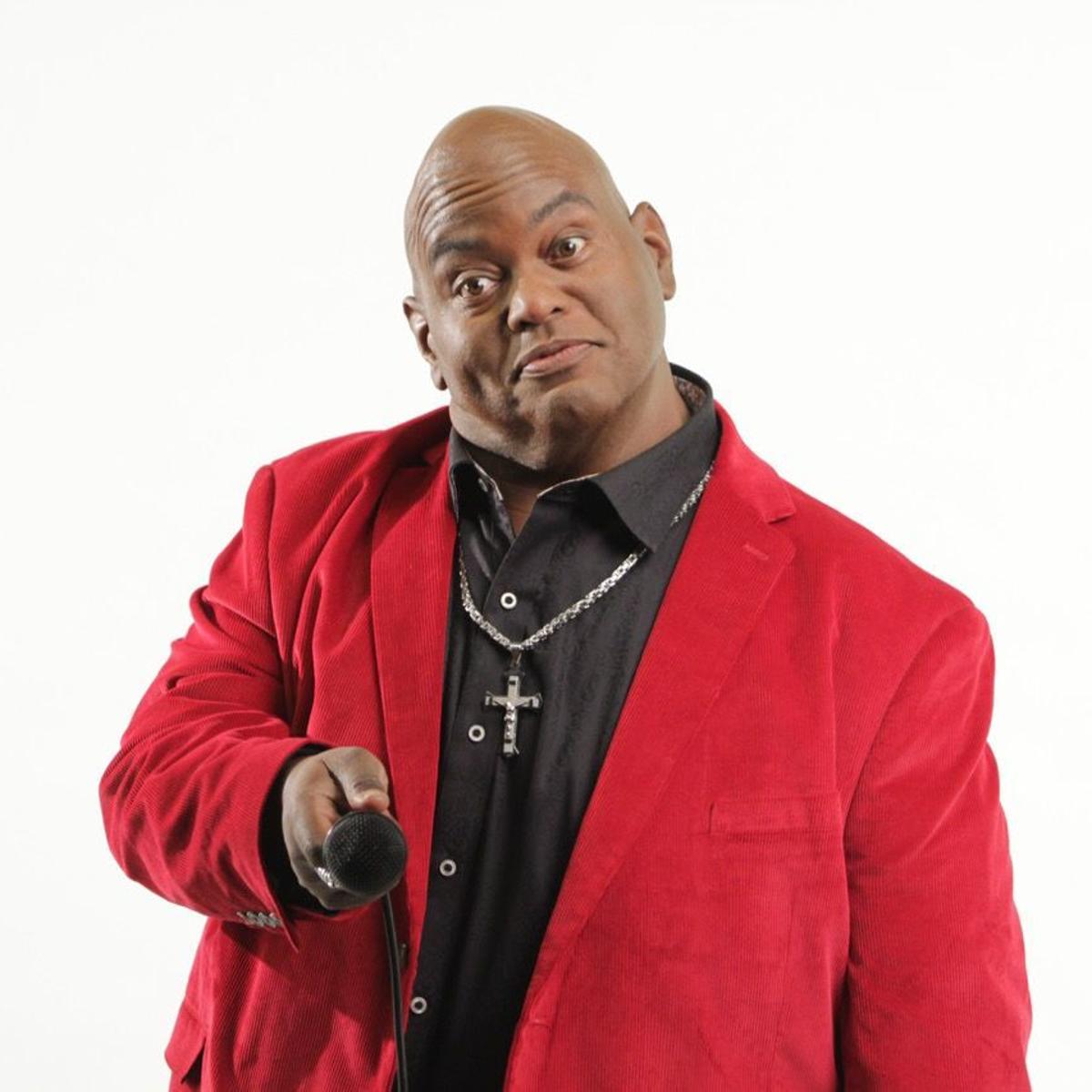 Laughter is the key that cures all.

At least it will be this weekend, as hometown guy Lavell Crawford returns to St. Louis for shows Thursday thru Sunday at Helium Comedy Club.

A Pattonville graduate, Crawford has made a name for himself with his reoccurring roles in Breaking Bad and Better Call Saul to go along with his rousing standup. Crawford also had a small part in Hubie Halloween, Adam Sandler’s smash hit that is on Netflix.

“It’s always great working with Adam,” Crawford said. “He’s always been a favorite of mine. He is great about bringing all his buddies around and getting them in his films. They also kept all my scenes in the movie.”

Crawford did say that he will discuss some of the current topics that are going on in the United States, including the election and covid.

“I’m so over Covid,” he said. “I will talk about it on stage and crack jokes, but when I’m off stage I leave it alone.”

Crawford said he doesn’t support either candidate from the election.

“I laugh about it because the American people don’t know what they want,” he said. “They want to blame one man for all the problems in the world. Everybody’s so fickle.”

Along with his commentary on the election and covid, Crawford said people can expect a great show.

“There will be plenty of funny,” he said. “I think cracking jokes helps purify the air.”

Crawford admitted, like a lot of Americans, he does not enjoy wearing masks places.

“There are people saying one thing  on one day then something else the other,” he said. “I think if people aren’t careful they could wake up one day and not have any freedoms.”

Being from St. Louis, Crawford is aware of the issues that the city is facing, much like the cities of Baltimore and Seattle among others.

“I’d crack jokes, but I’m not Al Sharpton or Jesse Jackson,” he said. “I was a trouble maker in my day, so I get it.”

Crawford credited his mother for keeping him from out of too much trouble.

“I was lucky to have my mother,” he said. “And, I knew that wasn’t the path I wanted to go down.”

When Crawford is back in his hometown, he takes time to get together with family and friends and visit some of his favorite local eateries including Imo’s Pizza.

One thing that Crawford revealed was his love for fishing. He also just finished writing a children’s book called Fishing with my Big Daddy.

“If I could make a living at fishing, I would,” he said. “I also am finishing up a book on stand-up comedy.”

Crawford said the stand-up comedy book will be sort of a how-to book.

“It’s a comedy stand-up guide,” he said. “I will give people a chance to pay to come pick my brain and learn about stand-up. I will give them a foundation of how to write comedy.”

As well as the two books, Crawford is also looking to put out another comedy special, which will air on Showtime.

“I’m hoping to have it down around Thanksgiving,” he said. “Showtime has been so considerate with me.”

While some may think Crawford is all about the laughs, it’s clear he has a strong faith in god.

“So many things have come out in the news about covid and it’s like we are living in fear,” he said. “Everyday we are getting a different story and all we really need to do is use common sense. God could have taken me by now, so I leave it up to him. I have a strong faith in god that guides meCrawford can be seen at Helium Comedy Club this weekend, however only a few shows remain, so get your tickets fast. Tickets still remain for the 7 p.m. show on Friday, the 4 p.m. show Saturday and the 7 and 10 p.m. show on Sunday. For tickets visit heliumcomedy.com.