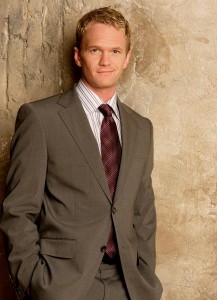 I really admire Neil Patrick Harris for a number of reasons. For one, he is one immensely talented person. Secondly, he somehow makes playing a womanizer on television endearing, and as an openly gay actor as well. Another big reason to admire him is that he calls it like it is. Take for example his latest series of tweets:

“Eric Braeden is a D-Bag. The actor, (Robin’s dad) agreed to a cameo, then last night bailed, saying the part wasn’t ‘substantial’ enough.”

“We’ve recast with Ray Wise, a fantastic actor who makes any part ‘substantial’. Super excited to welcome him to the family!”

So, essentially an actor turned down a return to a hit show because it didn’t stroke his ego enough, and he gets called out on it by NPH. How many actors do you know that would do this? Pretty awesome right?

Also, Ray Wise is a huge step up over Eric Braeden. Look for him on How I Met Your Mother later this season!

Let us know what you think in the comments.