Movies You Probably Didn’t Know Were Remakes, in Honor of ‘Evil Dead’ 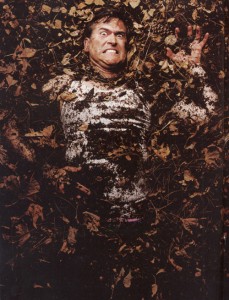 This week in theaters we have Evil Dead. The film is remake (reboot? Sequel? Re-imagining? I don’t know what we’re calling these things anymore) of the 1981 cult classic. The film’s description is made all the more confusing given that the original film had sequel (Evil Dead II) that might have actually been a remake. Or maybe it was a remake that called itself a sequel. Adding to the madness, that’s not my chocolate in your peanut butter. And why are you walking around with a whole goddamn jar of peanut butter in the first place? That’s just weird.

Anyway, this confusion got me to thinking about the fact that most of the current film’s target demographic probably isn’t even aware that the film they’re seeing is a sequel or remake or anything else. It’s just the current horror movie de jour. So here’s your list for the week… Movies You Probably Didn’t Know Were Remakes. 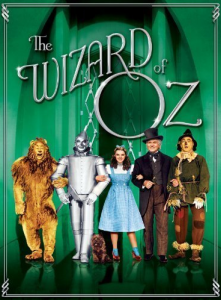 With the version that you remember having come out in 1939 it’s easy to assume that there wasn’t really time for a remake. But you would be oh so wrong. In 1925 a director by the name of Larry Semon (yeah, really) took a crack it. It starred a then unknown Oliver Hardy as the Tin Man. The casting of someone who would go on to become comedy royalty is about the only thing they got right.

The film quite possibly started the Hollywood tradition of acquiring the rights to a novel and then making so many changes that the end result is virtually unrecognizable. In this outing the farmhands are whisked off to Oz along with Dorothy where they promptly dress up like the characters we know from the novel. The farmhand disguised as the Scarecrow is madly in love with Dorothy but too shy to confess his love. He’s also played the director which makes his surname even creepier.

Oz is ruled by Prince Kynd but he’s been overthrown by Prime Minister Kruel. And if you don’t remember those characters from the books, don’t worry because they don’t exist. Eventually the Tin Man goes mad, throws in with Kruel and tries to kill everyone. Then they shoot cannon balls at him until he falls from a plane because why not.

If it makes you feel any better, the film bankrupted the studio.