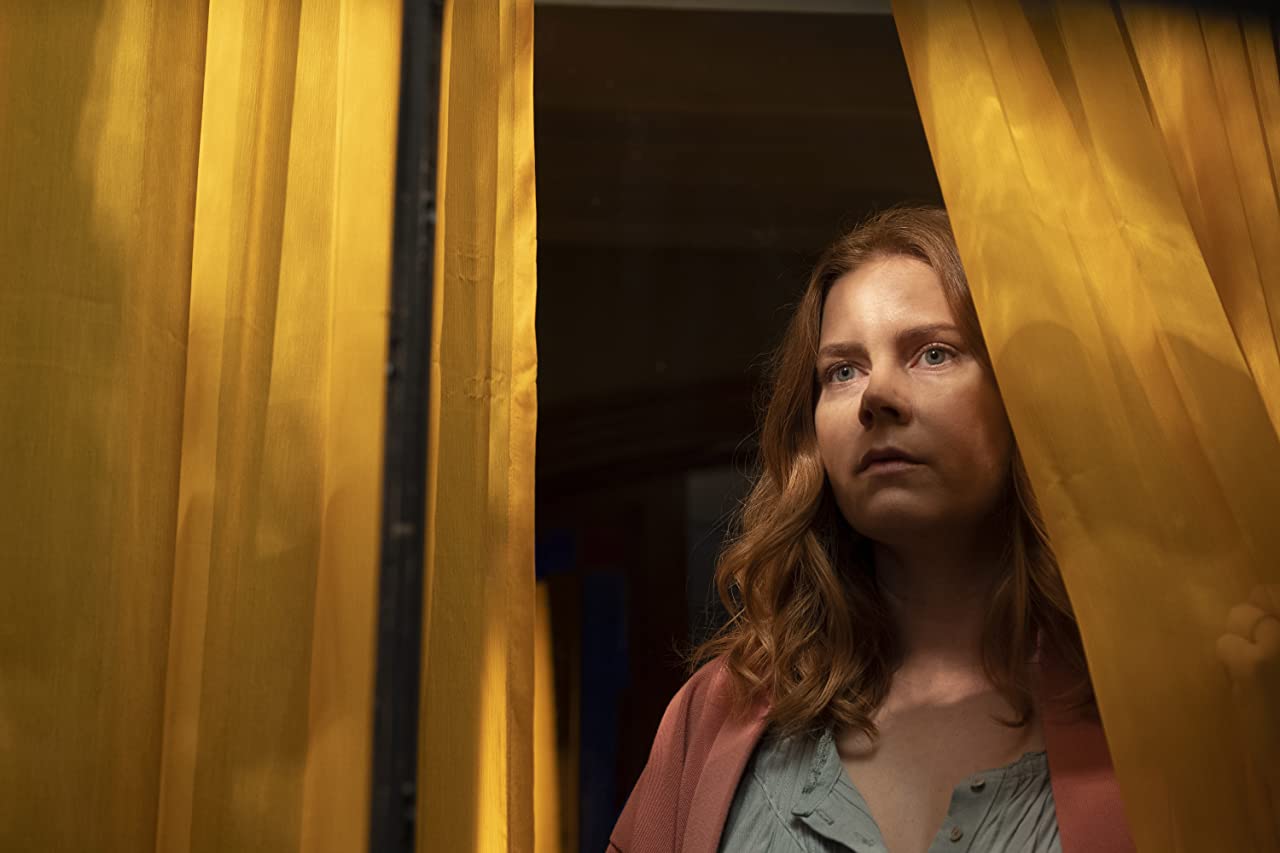 If it feels like Joe Wright’s new psychological thriller that just hit Netflix is a sort of spiritual successor to Alfred Hitchcock’s Rear Window, that’s because it certainly is trying to be. To their credit, the filmmakers even have Hitch’s beloved film playing on a television during the opening scene of the film. Why tip-toe around the similarities when you can just own it?

This time around, the protagonist isn’t bound to their New York apartment by a physical constraint, but rather a psychological condition that mysteriously lingers unexplained until the final moments of the film. Child psychologist Anna Fox (Amy Adams) is agoraphobic, trapped in her home alone with only her wine, movies, and view from her window to keep her company. After new neighbors move in across the street, Anna explains to Jane (Julianne Moore) that she is separated from her husband, Ed (Anthony Mackie), who we hear throughout the film on the phone along with her daughter, Olivia (Mariah Bozeman). Although something is a bit off with Jane, the two become quick friends until something happens to the new neighbor. And, according to Alistair Russell from across the street, that woman isn’t his wife. No, his wife – Jane (Jennifer Jason Leigh) – is perfectly fine. And his son Ethan (Fred Hechinger) who visits earlier in the film, seeming very nervous about his home life, confirms that account. This sends Anna spiraling into an obsession with the neighbors, and questioning the reality of what she is seeing around her.

Based on the 2018 best-selling novel by debut author A.J. Finn (the pen name used by book editor Daniel Mallory), the screenplay was crafted by Tracy Letts – who stars in the film as Anna’s therapist, Dr. Landy. With almost the entire film taking place in a single location, it feels like a story that could easily be adapted into a play – making Letts a perfect choice to adapt, given his lengthy and celebrated career with the stage. What he certainly gets right is the intimacies of living alone, and the personal struggles that Anna goes through. On the flip-side, what would most likely work perfectly fine on-stage comes off a little “big” at times. The climax of the film certainly feels straight out of a play.

While the story does feel familiar in a lot of ways, it also never ceases to be compelling. Adams is all-in with her performance, creating a sympathetic and compelling character study dealing with grief that becomes debilitating. Even without knowing the full story, it’s hard not to feel for her character and everything she is struggling with. We are just as confused as she is at times, and does a great job conveying that confusion along with the anxiety of the disturbing situation.

The film showcases a strong supporting cast with Oldman, Hechinger, and Leigh playing the new neighbors. Oldman seems to be turned up to 11, if you will, these days – and it is certainly something he has always been good at. Hechinger is very good at playing his part, and has a sort of enigmatic trait about him that works well in the role. It’s always nice to see Jennifer Jason Leigh, although she isn’t given too much to do here. But what she does, she does it well.

Wyatt Russell (everyone’s favorite Captain America) plays Anna’s downstairs tenant, who occasionally checks if she needs any help with taking out the trash or other assorted errands. What starts off as a seemingly casual performance turns into something almost cartoonish, as the actor decides to really go BIG (channeling his inner Nic Cage, maybe). Sure, it is meant to ramp up the tension, but I just don’t know what to think about some of his choices.

Brian Tyree Henry and Jeanine Serralles play two detectives that respond to Anna’s 911 call, and constantly question the reality of the events she details. While Serralles’ character is skeptical, Henry’s Detective Little always appears to be more compassionate and open-minded. Any time he shows up on-screen I’m on board, and this is no exception. He has a great presence, and makes a nice addition to the film.

Joe Wright and D.P. Bruno Delbonnel do a fantastic job of capturing the brownstone home, full of compelling set decoration by Rena DeAngelo. The film is comprised of interesting shots and an intriguing atmosphere, perfectly setting the stage for the mystery at hand.

While it’s impossible not to compare The Woman in the Window to Rear Window, that doesn’t mean it isn’t without its own merits. While it doesn’t quite compare to the Hitchcock classic, Finn and Letts have crafted a compelling mystery that keeps the viewer engaged from start to finish. While some of the performances are a bit over-the-top, Adams’ sympathetic performance drives the narrative and keeps us engaged. The mystery, suspense, and terrific cast makes for a film equivalent of not being able to put a good book down.