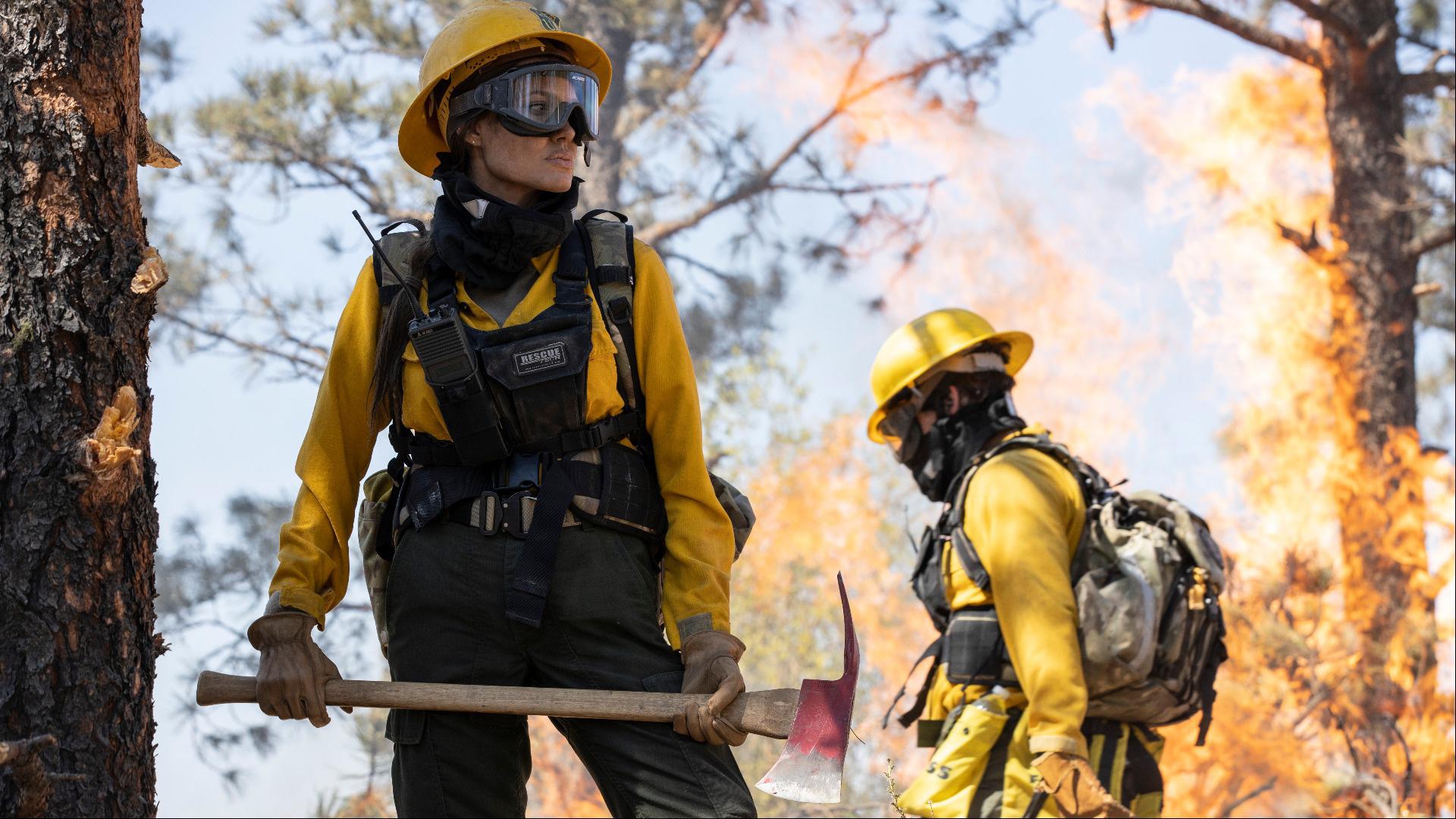 Those Who Wish Me Dead, the latest film from Taylor Sheridan, is in theaters and streaming exclusively on HBO Max today. Starring Angelina Jolie, Jon Bernthal, Nicholas Hoult, Finn Little, Aidan Gillen, and Jake Weber, the film follows multiples story lines. Hannah (played by Jolie), is a firefighter in the Montana wilderness, perched in a watchtower and haunted by a fire that claimed the lives of those she was unable to save. Owen and his son Connor (played by Weber and Little), are on the run from a pair of assassins who want information Owen possesses to remain a secret. And finally, Patrick and Jack (played by Hoult and Gillen), are chasing after the boy and his father to protect the information they uncovered at all costs.

When Owen is killed by Patrick and Jack in front of his son, Connor, the boy sets off into the forest to seek help. Given information from his father and told to find someone he trusts, the boy meets Hannah. The two, with some help from other resources, must fight for survival and trek through the forest as the two men hunt them. To make matters worse, a fire is started to smoke them out, and is devouring everything in its path. Hannah must confront the flames from her past in order to keep both her and Connor alive. But, with the fire approaching from one side of the forest, and the assassins approaching from the other, it won’t be easy.

Jolie was fantastic in her role, and while much background wasn’t given on her character besides the event from her past, it really felt like she was rounded and the little quarks and one-liners she received were delivered quite well. Bernthal was also fantastic in his role. Sherriff of the small Montana town, he and his wife also run a wilderness survival school, creating a dynamic that helps drive the story in an interesting direction. I was also pleasantly surprised with the performance from Finn Little, who really shined as a breakout character, and the chemistry between him and Jolie allowed for the audience to easily root for them.

Based on the novel of the same name by Michael Koryta, it was an original adaption that saw some great performances and an interesting chain of stories that interlock creating a fun narrative. Thrillers can be easily discarded because of how often it seems the story has been regurgitated over and over again, but this one stands apart. I think the forest setting and the fire both act as conduits for characters of their own, building intensely as we watch our protagonists fight for survival. Those Who Wish Me Dead is out now in theatres and available for a 30-day window to stream on HBO Max. Check it out!