Movie Review: Welcome to the Blumhouse – BLACK AS NIGHT 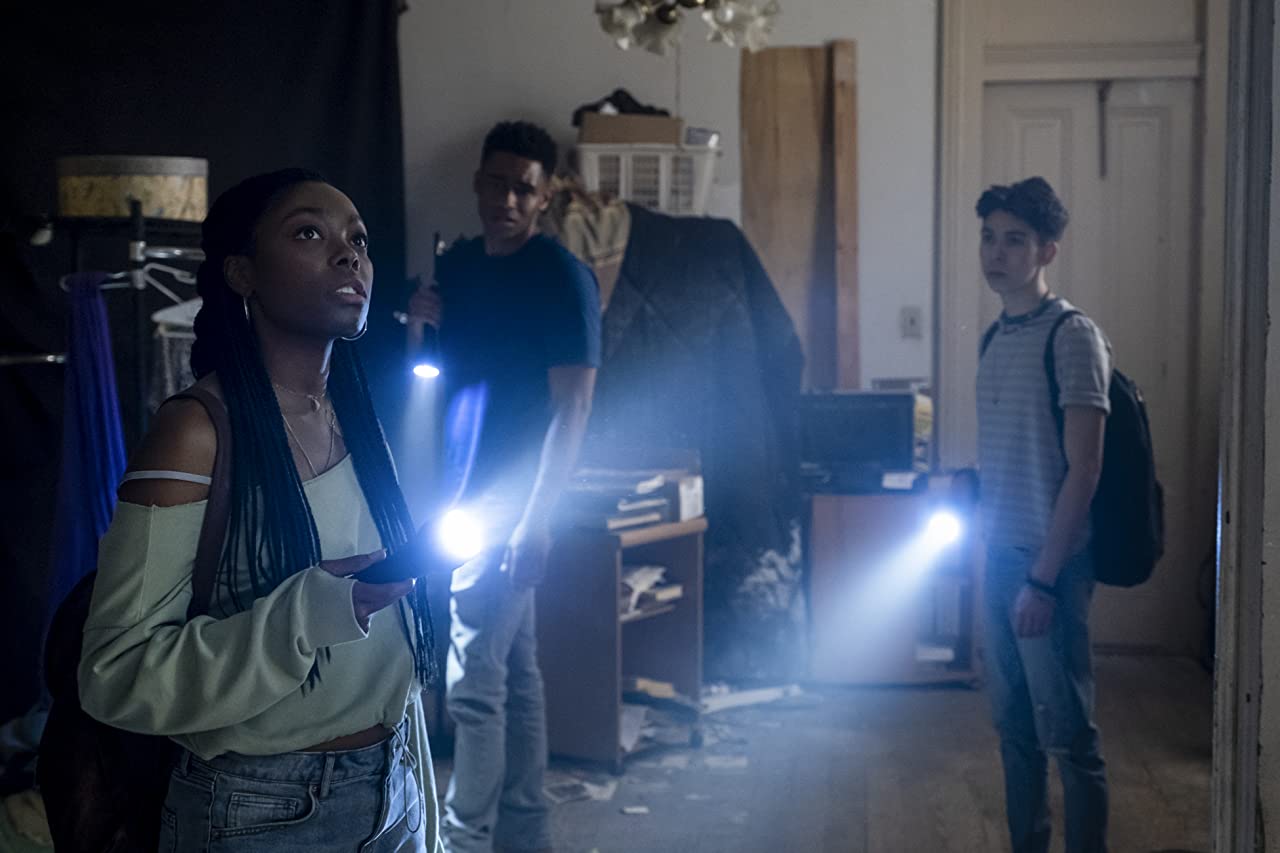 Welcome to the Blumhouse – Round 2 has officially begun with the first two films releasing exclusively through Amazon Prime Video today. Black as Night, the more promising of the duo of films is already off to a better start than its companion Bingo Hell (If you’re curious about that, check out the separate review. Spoiler Alert: It’s terrible.) Following upcoming directors and original stories, the premise for Black as Night seemed to fit the description of what Welcome to the Blumhouse represents.

Directed by Maritte Lee Go, the film follows Shawna, a shy girl with self-esteem issues who recalls the summer her breasts came in, and most importantly, waged a war with homeless vampires. I know that sounds ridiculous, and believe me, it is. I was desperate for the film to have any essence of enjoyability, especially when summarized. Shawna, with the help of her GBF, crush, and new friend with specific expertise on vampire fiction find out that vampires are killing and turning homeless people and those that society might not notice are missing into creatures of the night. With New Orleans full of disenfranchised individuals, it seems Shawna and company have their work cut out for them.

The film stars Asjiha Cooper as our main protagonist, with an interesting roster of quirky characters played by Mason Beauchamp, Abbie Gayle, Fabrizio Guido, and Keith David as our big bad. Vampire films, at this point, are challenging to make. They’ve been cranked out countless times, and unless the storytelling is original or the idea can breathe a bit of fresh air into the over-familiar genre, chances are it’s a swing and miss. While the underlying themes of the film dig deeper into the historical aspects of New Orleans in regards to race, slavery, and culture, the film still seems to fumble around without actually catching its footing. It almost seems juvenile, being that it seemed the balance of horror flick and teen drama never really meshed well, leaving the finished product seeming… awkward.

While my interest was somewhat held for the runtime of the flick, I don’t really feel left with a lasting impression. I didn’t really see any originality, the complexity of the film didn’t seem organic, and I still felt the sensation of being underwhelmed. I appreciated some of the references to other vampire film and television titles, and was really hoping this flick would deliver enough bite. To sum it up in a relatable fashion, it’s almost as if The Lost Boys was produced by Nickelodeon, but they forgot to edit out the language and some of the violent-but-lame death scenes (it was cheesy and vanilla.)

I’m not counting out next week’s releases, but I am hoping that they offer more than both films debuting today. If you feel the need to check out a horror flick you can sink your teeth into, maybe stay tuned for Night Teeth releasing later this month on Netflix.