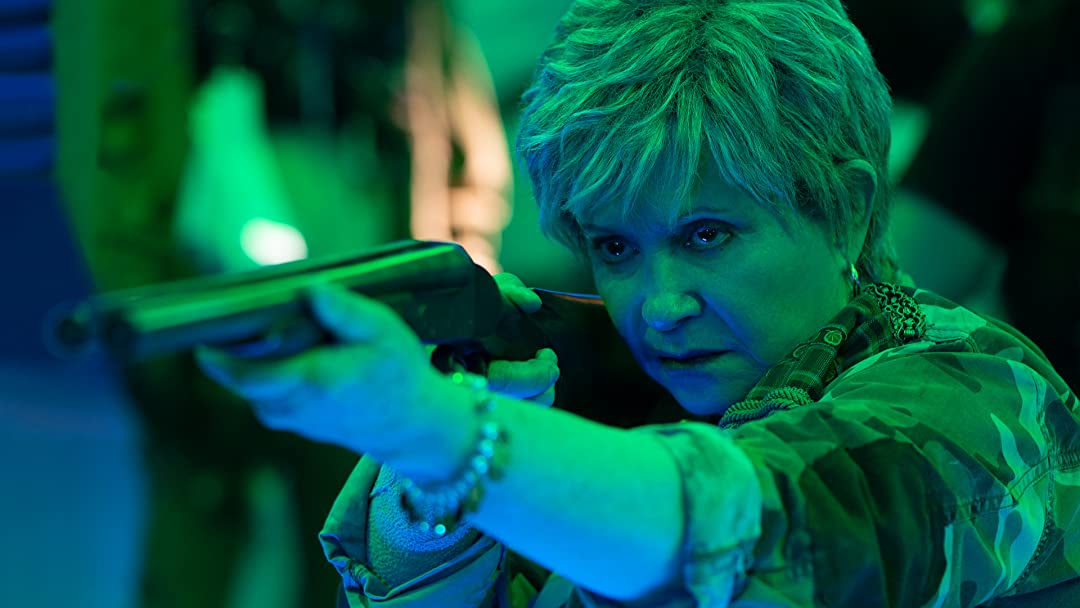 Much like last year, Amazon Prime Video is releasing four exclusive films as their latest entries into their Welcome to the Blumhouse series. The first two entries, releasing on October 1st, are Black as Night, which will be reviewed separately, as well as Gigi Saul Guerrero’s Bingo Hell. The point of Welcome to the Blumhouse is to showcase talent and new storytelling within the Blumhouse production scope, with the company being one of the major distributors in horror and thriller cinema. While last year’s features seemed to offer some promise, what I’ve seen so far is anything but.

I’ll give you the rundown. Bingo Hell is a film that follows Lupita, a senior citizen of a barrio in Oak Springs. Along with several community members, Lupita has been battling the upcoming gentrification of their neighborhood. With the bingo hall being one of the last monuments that the community has held on to, it is to her dismay that a buyout by a mysterious character named Mr. Big takes over the hall, completely dismantling and rebuilding it overnight. However, this doesn’t seem to be the biggest of the issues Lupita and her geriatric sidekicks face, as the new game of bingo proves to be much more fatal than it should be. The cast is rounded out by Richard Brake, L. Scott Caldwell, Bertila Damas, Adriana Barraza, Clayton Landey and Grover Coulson.

So there it is. There’s the summed-up plot of the film. And yes, it is exactly as awful as it sounds. I tried so hard to find a saving grace in this film – literally anything that could offer up a pleasantry while watching. I guess I could give it props for originality as I don’t believe a film about killer bingo has ever been approached before, but there are reasons why. (Those reasons should have been considered before this idea even began to formulate as a screenplay.) While I thought it might create an interesting dialogue about the gentrification of inner-city communities, again, this idea was lackluster at best.

The script is atrocious, the acting made me cringe at my core, and the thought that this film was released under the Blumhouse umbrella had me absolutely flabbergasted. Maybe they just said good luck and never bothered to check in on the finished product? That is probably just probably wishful thinking. But, my advice is to steer as clear as possible from this film. Don’t talk about it. Don’t think about it. And if you’ll ever take advice from me, I beg of you, don’t watch it. Consider this a gift: I am giving you 90 minutes of your life that you will never get back. I say this in all seriousness, it is one of the worst films I have ever sat through – and that is sifting through some real flops.

I never judge a book by its cover, and even though the plot seemed to deter my interest, I gave it a go (so that you don’t have to,) and bested through it. I don’t want to use this film as a comparison for the other three films releasing within the next two weeks, but if Bingo Hell is any indication of what’s in store, I’m afraid viewers are about to be wildly disappointed.