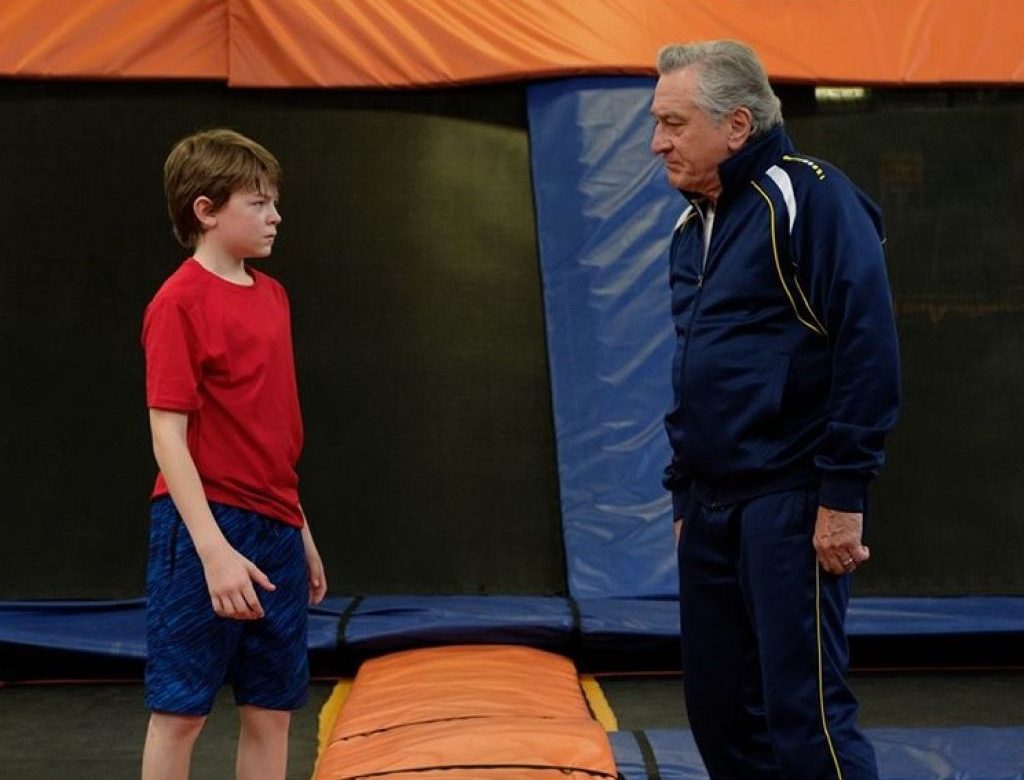 At first glance, The War With Grandpa looks like nothing more than a cash-grab, generic comedy that will introduce a new generation of movie-goers to the legendary Robert De Niro and a few of his friends. At first glance, you wouldn’t be wrong, but the movie is not all that bad if you give it a chance.

De Niro, who is one of America’s last legendary actors left standing. He’s far removed from films like Taxi Driver, Goodfellas, and Casino, but he still can carry a film, even if it’s a film for kids. I cringed at hearing De Niro was in this film along with Christopher Walken and Uma Thurman. But, after watching the 92-minute PG-rated film, I didn’t love it, but I certainly didn’t hate it. To put it bluntly, The War With Grandpa is a nice movie for the entire family to watch together. It won’t win any awards or set any records, and will most likely not even be remembered for De Niro’s role, but as a family film, The War With Grandpa wins the battle.

The plot of the film is pretty basic, as you would come to expect from a kids movie. Peter is upset with his family for letting his grandfather not only move into their home, but into his bedroom. Peter will stop at nothing to get his room back. After talking to his friends, Peter comes up with some pranks to drive his grandfather out of his room, but the two soon are at war with each other, pulling sometimes innocent yet over-the-top pranks on one another.

While the film wasn’t awful, there could have been so much done to make it better. De Niro’s cast of friends includes Walken, Cheech Marin, and Jane Seymour. While I had high hopes with that group, sadly director Tim Hill really only uses the group together in one segment of the film, when the seniors play the kids in dodgeball at a Skyzone. That part of the film may have been the most ridiculous, yet enjoyable. Walken provides the best moments in the film. I personally felt Hill could have included Marin, Seymour, and Walken much more, as well as Peter’s group of friends.

Rob Riggle plays Peter’s father and the son-in-law of De Niro. Riggle, who can be quite funny at times, really never gets the chance in the film. His role was another that was grossly underused. Thurman is fun as De Niro’s daughter and Peter’s mother, but again, she is underused.

Overall, The War With Grandpa is a nice movie to share with the kids to kill 90-minutes one evening, but it’s nothing that will break any new ground comedically. De Niro has shown he can do comedy throughout his career and does the best he can do with such a soft script. The movie will never be considered a comedic classic, but it provides enough semi-comedic moments to make it worth one watch.