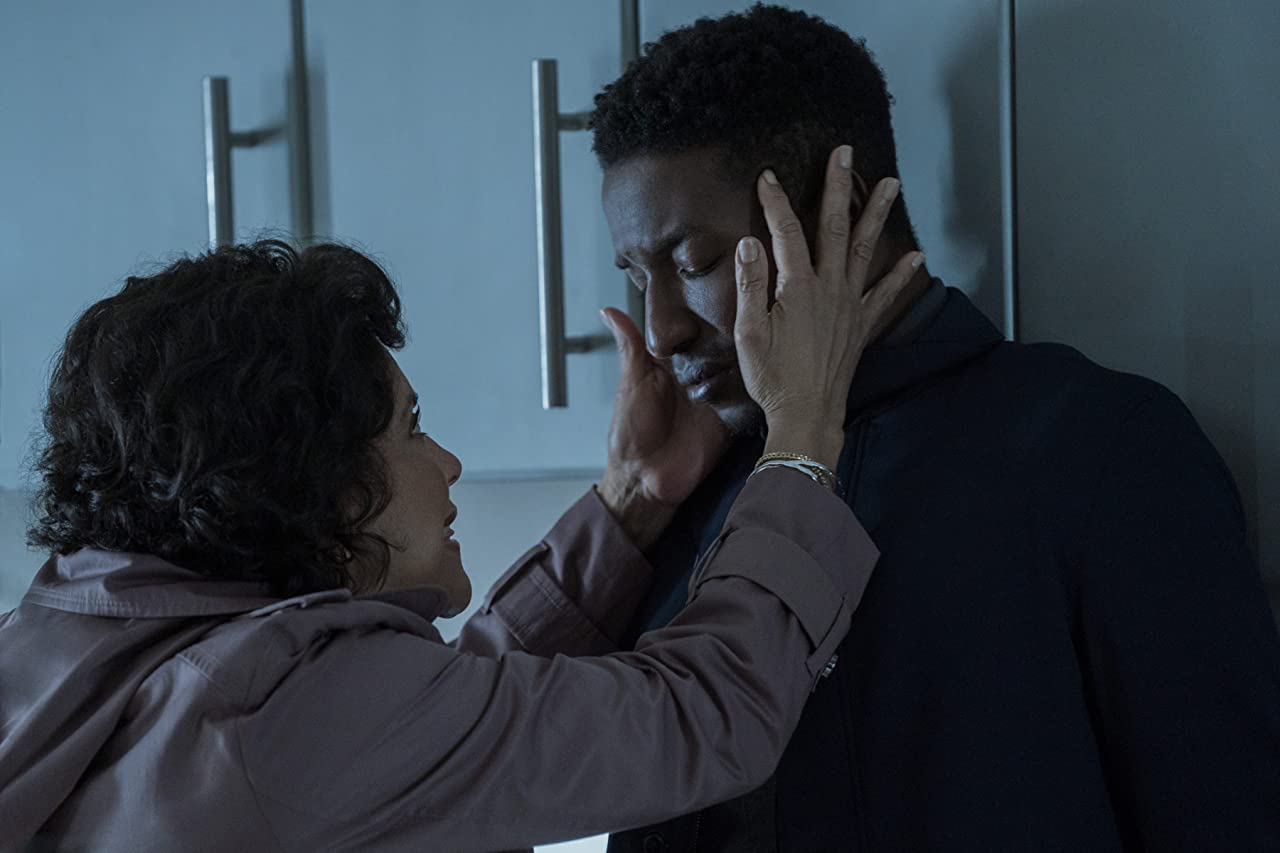 Amazon Studios and Blumhouse Television have combined forces to bring viewers the ultimate viewing experience, with Welcome to the Blumhouse, a slate of eight original films coming to Prime Video under the Blumhouse production companies’ partnership with the streaming service. With the first four films launching in October of 2020, the studio is releasing its first two feature length films The Lie and Black Box on October 6th, with the latter two films releasing the following week.

The film follows Athie’s Nolan, whom after a tragic accident that claimed the life of his wife, suffers from amnesia, and finds himself without the ability to recall many of his core memories. His daughter becomes a primary caregiver in a sense, reminding her father of day-to-day activities and certain memories. Frustrated with his lack of ability to recall things, Nolan undergoes a new form of hypnotic therapy administered by the care of Rashad’s Lillian. The therapy is a black box that taps into the subconscious of the patient and allows them to relive past experiences in an effort to help recall lost or broken gaps in one’s memory. However, some of the memories seem to be different, or off-putting. And, an even more grisly problem: something seems to be hunting Nolan in his subconscious, preventing him from remembering his past. Can Nolan control his own mind? And, can he piece together the shards of his past to figure out why his memory loss is so haunting?

Released alongside The Lie, Black Box is definitely a much different film. It seems to have a familiar feel to 2017’s Get Out. It is unique in its storytelling and manages to keep the audience wondering what is going on. Around the midway point however, the momentum of the forward march of the plot seems to come to a bit of a halt, becoming predictable and then almost a shadow of the aforementioned Get Out.

This is the first film I have seen Athie in, and his performance is brilliant. The support from Amanda Christina as Nolan’s daughter Ava is also the standout role in my opinion. The relationship between the two characters provides the viewer a comfort while maneuvering through the sci-fi thriller, and you can’t help but root for the protagonists because of this. Much like The Lie, there is a twist, but this one is quite predictable and can be seen coming early on.

Welcome to the Blumhouse is such a wonderful idea, and I’m extremely excited to see what other genre-bending films are released from the partnership. It seems that the films cover a variety of different horror-style flicks to appease to many different types of audiences. Black Box and The Lie are both available to stream on October 6th exclusively on Amazon Prime. Keep an eye out next week for our review of the latter half of the four films, Nocturne and Evil Eye.