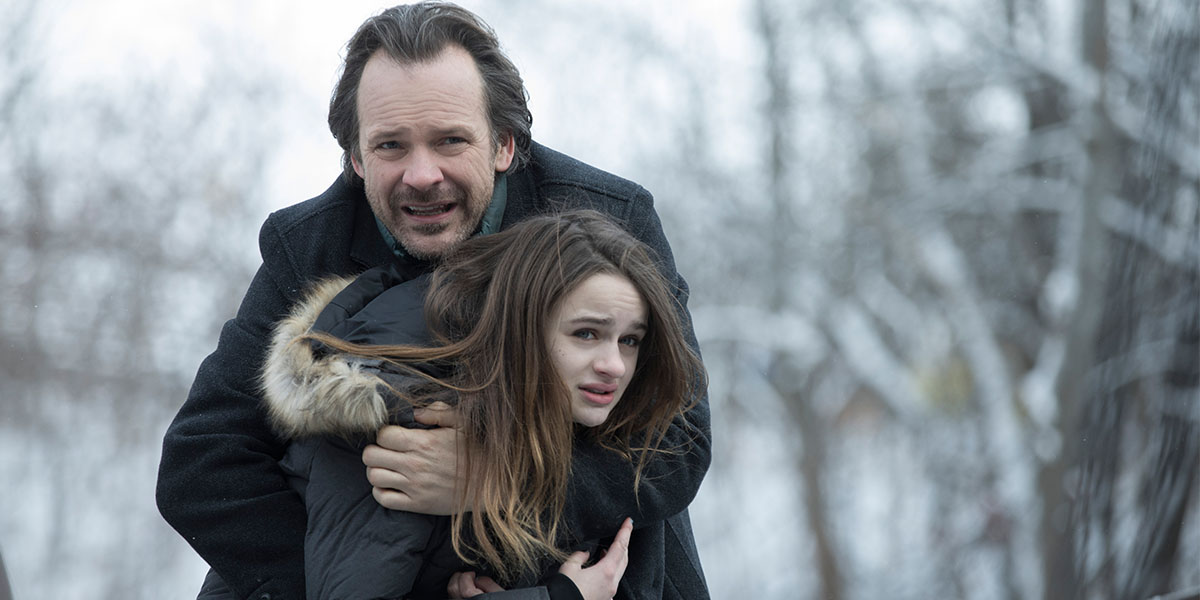 How far would you go to protect your child? That question is explored in the newest film, The Lie written and directed by Veena Sud. As part of the Welcome to the Blumhouse partnership between Amazon Studios and Blumhouse Television, The Lie is one of eight films to be released, accompanied by Black Box, which both debut on October 6th exclusively on Amazon Prime. The film sees its leads in Peter Sarsgaard, Joey King, and Mireille Enos.

Divorced parents Jay and Rebecca (played by Sarsgaard and Enos,) are struggling to co-parent and raise their daughter Kayla (played by King.) While on the way to a dance camp, Jay and Kayla see Kayla’s friend Brittany waiting at a bus stop alone on a cold, abandoned road; On the way to the same dance camp, they offer her a ride. Stopping for a break, what seems to be an accident soon turns for the worst as Jay realizes his daughter intentionally pushed her friend to her death. Both parents must protect their daughter, and each lie they tell digs them deeper and deeper into a tangled web. But, why doesn’t Kayla seem to show any remorse for her actions? And further, how many lies will this family tell before it’s too late and the truth comes out?

The plot was teased just enough in the trailer to pull the viewer in, and Sud’s direction allows the film to burn slowly but boldly. It doesn’t take much time for the film to gather some traction before the intensity begins to build, as well as the foreshadowing becoming a hanging presence over the plot. Sarsgaard and Enos acted wonderfully, with Enos delivering some intense moments that really had you believing King was her actual daughter. The rawness of her performance was nothing short of superb.

However, I felt King was underused in the film. Given her repertoire of performances beginning at such a young age, I felt disheartened that the character of Kayla seemed watered down, without much of a chance for development. In fact, the entire idea that Kayla shows no remorse for murdering her friend seems like it would be the forefront of the plot in regard to her relationship with her parents. That dynamic in the film is what keeps the viewer on the edge of their seat. It really pulls at the thread of what a parent is willing to do to protect their child, but also begs the question, how far is too far?

Without much of a score, the film uses moments of intensity and harsh silences to build tension little by little to an ending you truly don’t see coming. For that, I tip my hat to Sud for threading a twist that even I didn’t see coming (and I almost ALWAYS see them coming.)

I think the release of The Lie is a solid premiere flick to launch Prime subscribers into their partnership with Bluhmhouse, and a wonderful way to kick off the spooky season. Accompanied by it’s companion release, I’m excited to see what else Welcome to the Blumhouse has in store for me. So, unsettle in as we dive deeper and deeper into the Blumhouse and discover what scares, scandals, science fiction nightmares, and screams are in store for the future.