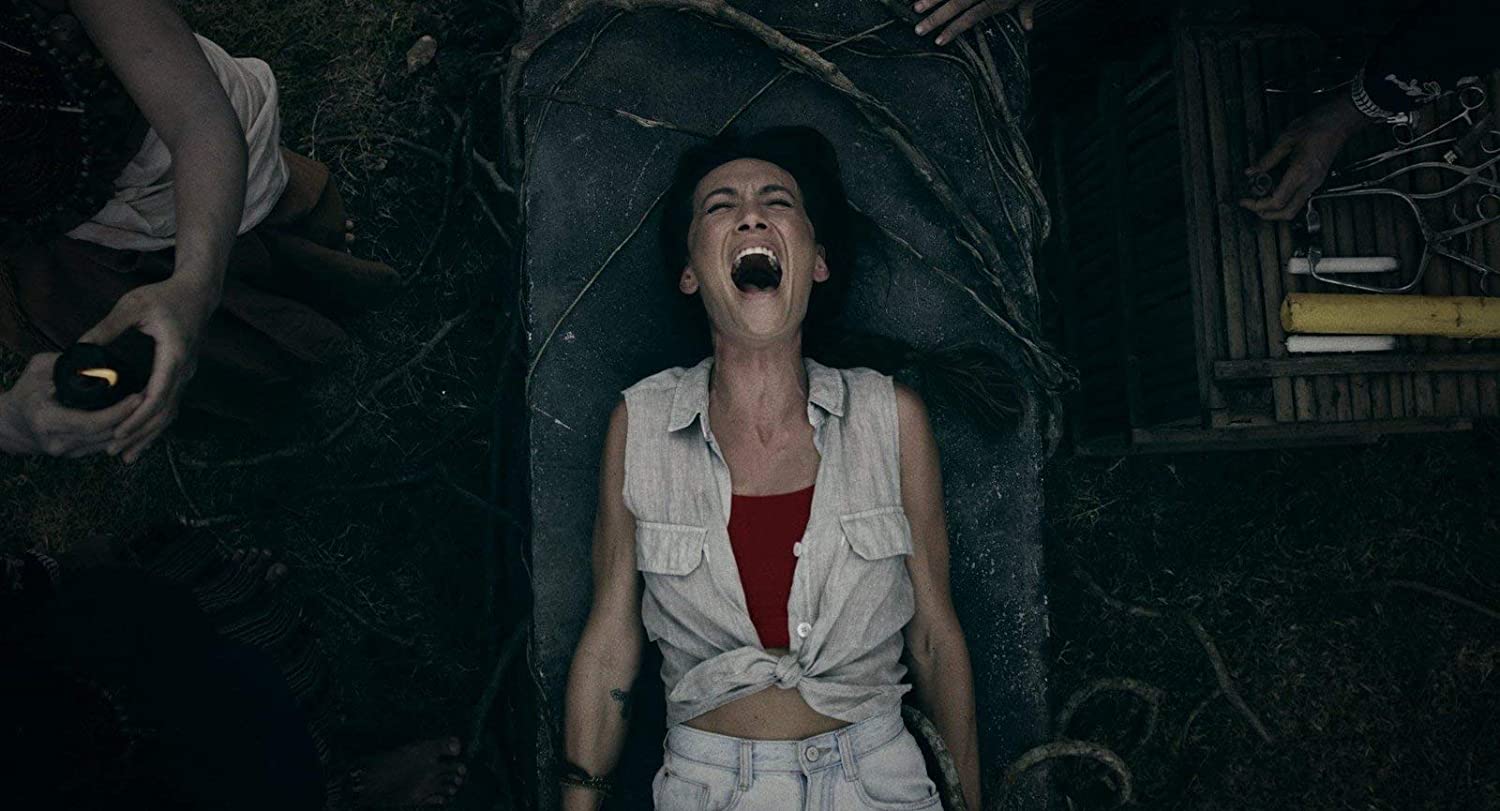 As October kicks off, television and movie fans are hardly containing their excitement for the upcoming horror releases. Between the pandemic pushing films back, it seems this October is loaded with content coming out each week to satisfy horror fans looking for that Halloween fix. With the first weekend in October here, we saw the release of Death of Me, available to rent or buy through video-on-demand streaming services.

The film, directed by Darren Lynn Bousman, sees tourist couple Christine and Neil (played by Maggie Q and Luke Hemsworth,) as they awake on their final day of a vacation, distraught and finding their ability to recall the night before a blur. Neil, a travel photographer, uses his phone and camera to see if they can jog their memory with pictures and videos from the night before. But, when the couple discovers a video of Neil murdering and burying his wife Christine, the couple soon finds out everything on the Buddhist island isn’t necessarily what it seems. How is Christine still alive? The couple must put together the pieces before it’s too late, because the island and its inhabitants have more sinister plans for the couple that seem to promise a fate much worse than death.

I was excited for one of the first PVOD films of October to be released, like many people, really waning that horror fix. However, I was highly disappointed with what was delivered. The film seems to be a regurgitation of the typical “tourist-trip-gone-wrong” combined with all the bad clichés that we dismiss in horror flicks. Maggie Q, in my opinion, is a highly underrated actress and I personally was excited to see a film featuring her front and center. Her performance was solid, but was overshadowed by the poor storytelling and lackluster plot that leaves the viewer just starring blankly at the screen for the rough 90 minute runtime.

The film felt like a cheap rip-off of Eli Roth’s The Green Inferno, which was truly a disturbing and jolting movie. With its unoriginal and unnerving script, cheap scares, and a plot that hardly can be considered interesting, its an easy assessment to say the film didn’t hit its mark in anyway viewers could have hoped for. Further, I can’t condone recommending actually paying to stream the film, but waiting until it ends up on a subscription service for free if you still feel the desire to watch.

The lack of film releases has left movie fans desperate for any new release to be delivered to their televisions as streaming seems to be the best way to see new content during the current climate. While Death of Me might not satisfy that need, the month is just starting and what’s to come is sure to provide an entertaining line-up. Also releasing this weekend is the Hulu original series Monsterland, which looks quite promising. Netflix also released Vampires vs The Bronx which seems to be a more family-friendly and updated frightful tale in the likes of The Lost Boys. With the month of October delivering quite the release calendar, check back often to see what other spooky and frightful reviews we have for you!