Interview: Ruby Rose Stars in THE DOORMAN, On VOD and Digital Today 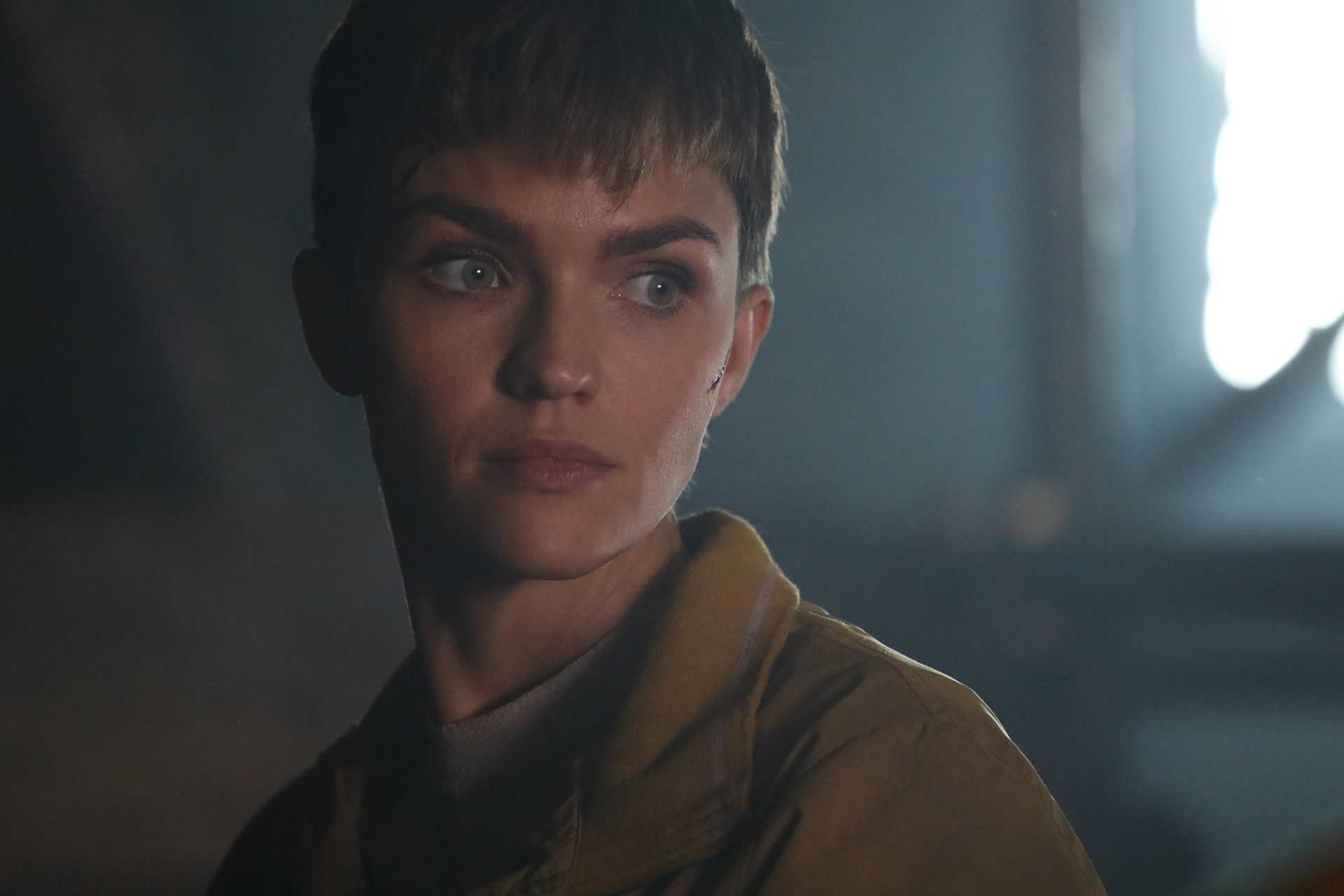 Ruby Rose has been busy the past five years.

Now she gets to face off against Jean Reno in her new film The Doorman. We spoke with her about how she is holding up during the pandemic, dream roles, and what she’s been doing to keep busy between projects.

Ruby: At the beginning I was like, I’m made for this life. This is awesome. I get to hang out with my dogs. It’s a forced break. You know, as a workaholic I would never just take off that much time. I also didn’t have to have excuses why I didn’t want to go out, cause I’m such a homebody. But I loved it. And then I started realizing that two weeks is fine. But I actually really need human connection and I needed to see my friends and talk to my friends and check in with him and my mom. And I realized I didn’t call her enough. So I had all these learning things that were more of a reflection of what makes me happy, and what I maybe wasn’t doing enough. And what I’ll definitely continue after the pandemic.

And then the boredom sets in, and so I would do what any workaholic does and try to schedule a day. You know, I’m gonna work out at 6:00 AM. I’m gonna do this, I’m gonna do that. I’m going to learn how to cook bread at 4, and I would do all these things – and then it got to a point where I realized it’s OK to do nothing as well. Like, it’s OK to just sit down and watch TV or watch a film, or read a book, and just chill out, veg out and not put pressure on yourself to be doing things all the time.

But the favorite things, like I learned how to tie-dye, which was never something I thought I would even be interested in. And I tie-dyed all of my clothing! Like I hope that it stays in fashion for a minute because I literally tie-dyed about 50 things. And I was painting, and playing guitar again. Playing piano. Still things that I’m doing, and still things that I may – well, maybe not the tie-dye – but the rest of it I’ll take into, you know, whenever we get into this new normal situation. I think one of the things I learned was I love my creative outlets, and I love time, and I love checking on people. I love my family, and I want to keep all those things as like a work-life balance.

Kevin: You’ve been involved in a lot of physical roles. And of course, here you have all the action and the fighting, and the gunplay. How much preparation went into this and did you take any of your experiences from John Wick 2 for example into some of that?

Ruby: Yeah, so when I was young I did a lot of martial arts, and then I did boxing. I was an amateur boxer – undefeated! But I mean I only fought twice…  And then my mom was like, no. Alright, fine. So you know, I was already very physical, and also skating and surfing, snowboarding.  Just having a level of balance and coordination. What’s interesting is I can pick up fight choreography, but I cannot dance. I’m so confused, like how can I not learn a TikTok dance, but I can learn a 17-part move karate thing.

First I did Resident Evil, and that taught me wirework – and how that kind of works. And then I did John Wick 2, and that was definitely my biggest learning curve. Knowing the difference between… because it’s one thing to know how to do martial arts, or boxing or whatever, and then you have to unlearn so that you don’t actually hit the person.  So you have to learn movie fighting, which is whatever the angle is – you’re actually not hitting the person. But it looks like you are. And that was a bit that was hardest for me ’cause I’m like, oh no wait, that’s right, I’m not actually going to fight Keanu… I’m going to look like I’m fighting Keanu.

So when I got to The Doorman, I had already been training like nonstop for this role for 10 years, or however long I’ve been doing this. And so it was really easy for me to pick up the moves. But every time I pick them up too easily, Ryûhei would add like 7 more things. So then I had to learn by the end of it to be like, yeah, I still haven’t learned this one. Because otherwise, he would just be like, “OK, that was great… Now let’s add 75 more things.” Because it was very action-packed, and it was a blast. Simon, the stunt coordinator, is really good at what he does.

Kevin: I noticed at the beginning of the movie there’s what at first glance seems kind of like a throwaway line, where the guy at his car is like, “Oh, a female doorman,” and he seems really shocked by that. And it’s 2020 and I thought, “Wow, people do still think like that.” And I’m wondering how much thought went into the character and the role of you playing a female doorman, and having little scenes like that.

Ruby: There are a few of those references actually in the film. One is also in the military where the ambassador, she says, “My daughter, I think she would appreciate female company for once,” you know, ’cause, there aren’t as many women in the military, or as Marines. And then you have the doorman thing where it’s like, “A female? I don’t want you to carry my bag.” And that stuff, yeah, it does still exist. And I think that’s what was kind of cool about it – is we touch on it, but we don’t make a huge meal out of it and make it into a whole thing. We just reference it because that is reality. And we wanted to be truthful to that. There are these moments that someone like you picks up, and for other people, it wouldn’t even register.

Kevin: You’ve been involved in a lot of large franchises over the past decade. Do you have a dream role, if you could ask the universe and will it into existence, and what that would be?

Ruby: My dream role would be to play Tank Girl. And I love Lori Petty. I don’t really believe necessarily in remaking classics, but she gave me her blessing. And I actually have her tattooed on my back. I love Tank Girl, and I think that would just be such a fun role. But as far as dream roles… you really don’t know until you read a script.

Like, would I love to have been in Girl, Interrupted? Yes. Is that one of my favorite films, was it amazing? My manager produced it, so I know so much about it. There are some films like Titanic, and Romeo + Juliet – Baz Luhrmann films, a Scorsese film.

There are definitely directors or actors, like I would love to work with Cate Blanchett, you know? We have all these lists of things and people, but not so much a genre and exact role. Except for maybe Tank Girl. You know, you read a script and some of the best scripts you’ve ever read just didn’t get made. Because it’s very hard to get a film made.

Kevin: You do a lot of action sequences as we talked about earlier. Do you have a certain favorite or favorite moment in general from the film?

Ruby: I enjoyed when Aksel Hennie and I, towards the end, we have a very long sequence. Going down a sort of underpass, and we’re going up some stairs and fighting the whole time. He gets a hit, I get it, he gets hit, and we have these sort of poster container things. And we end up on this tiny little platform, and we’re hitting each other with that. He’s just really fun to work with, and it was such a long sequence of events that we had to get it right. Then it’s between guns, and fighting, and wrestling, and then these poster things. So it was just very creative on Ryûhei’s part for him to have even thought about all those things together to work. It makes it very unique and challenging at the time, but very fun.

The Doorman is out today on digital and On Demand.