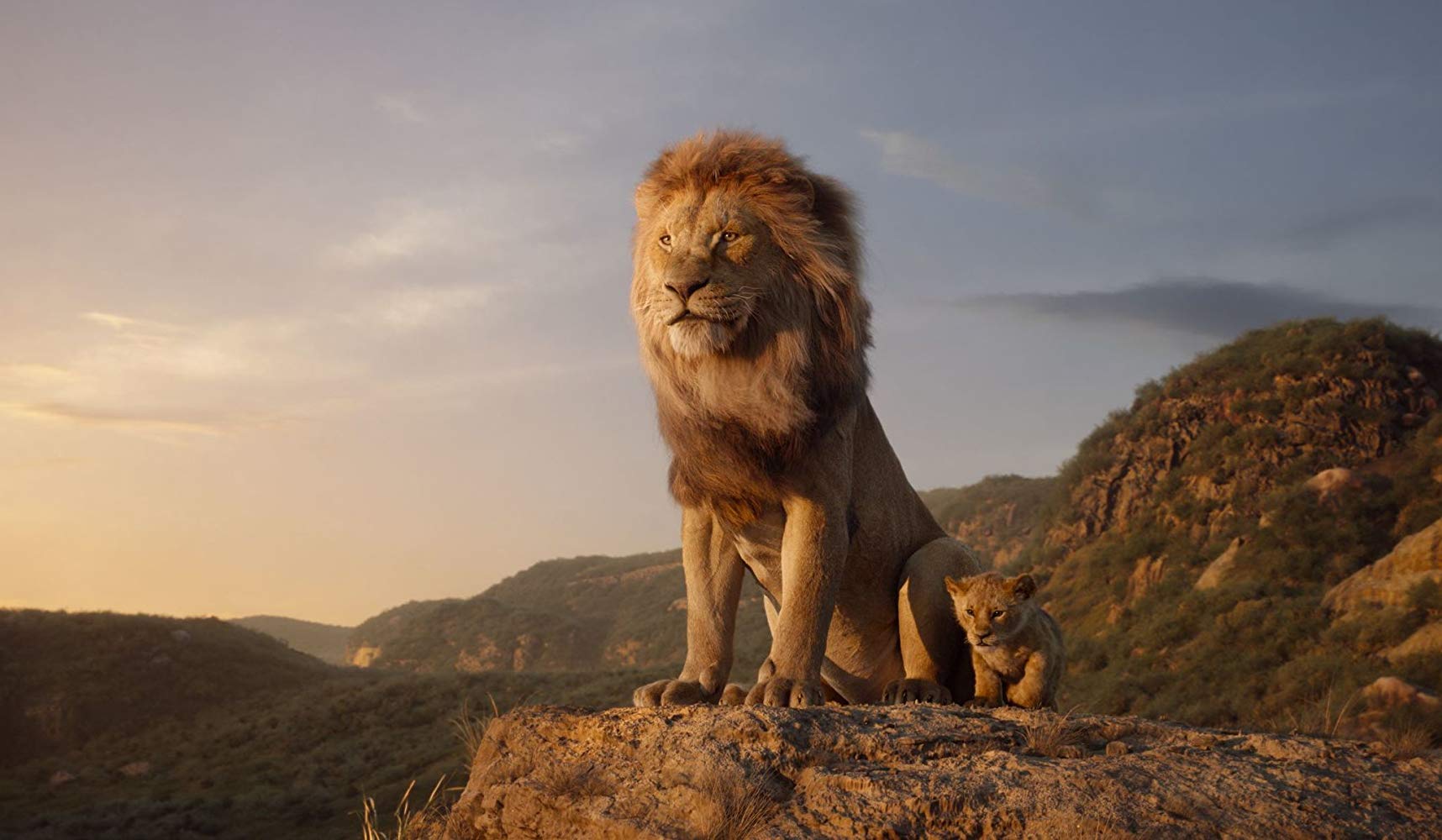 1994’s The Lion King is one of, if not the most, beloved animated films released by Disney.  With a story inspired by Shakespeare’s Hamlet, wonderful score by Hans Zimmer, catchy new songs by Elton John, and the beautiful hand-drawn animation of the Disney renaissance in the ’90s – the film was an instant classic.

Today Simba and friends are getting the live-action remake treatment, which has worked wonderfully with Cinderella, Beauty and the Beast, and The Jungle Book (with Jon Favreau directing here again). On the other hand, remakes like Alice in Wonderland, Dumbo, and Aladdin (two of the three listed already released this year alone) have been met with mixed reviews. That’s not to say that most of them haven’t made a ton of money – but critical reception has been lackluster compared to some of their predecessors.

So where does the new Lion King fit into all of this?

To answer that question, you have to ask what the purpose of remaking the film is. As far as the story goes, Favreau decided not to change much – in what I believe is the closest translation from clamshell VHS to live-action we’ve seen yet. I guess if it isn’t broke, don’t fix it. Right? 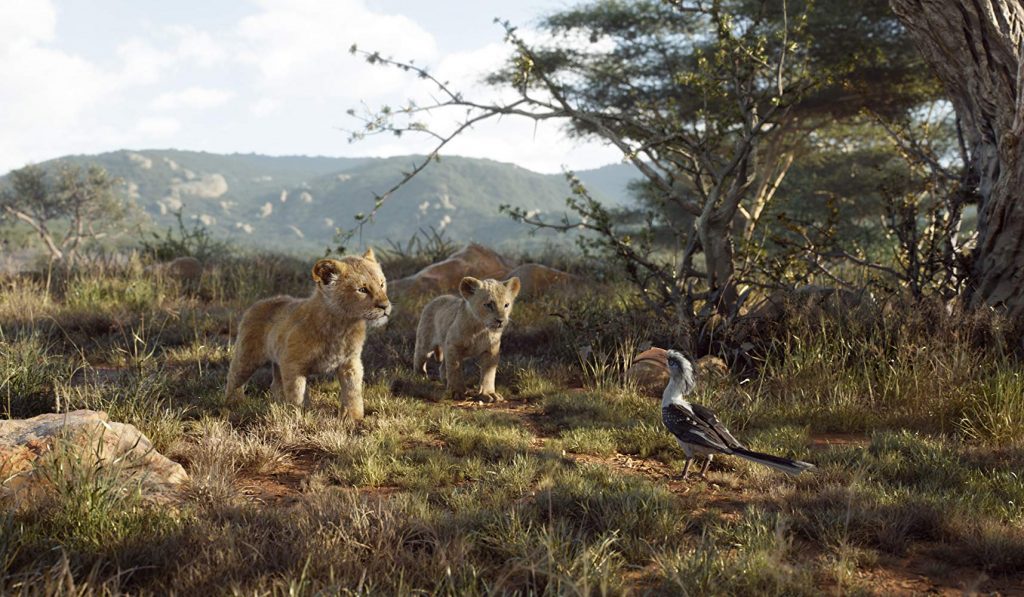 Here we find an almost identical story, with many of the scenes being recreated shot-for-shot. On the one hand, this makes it hard to argue that the film isn’t enjoyable – because it was the first time around. Yet it’s almost impossible not to ask why it is being remade in the first place. What does retelling the exact same story, with nearly the same dialogue have to offer? For that, we have to go to the one thing that has changed drastically: the animation.

This new Lion King is visually breathtaking, with the most realistic computer-generated animation that has ever been seen. It is mind-blowing how much all of the animals look like they were being filmed for a nature documentary, as opposed to animated. Very seldom do any of the creatures slip into the uncanny valley, a term used to describe lifelike CGI that doesn’t translate perfectly to your brain. These lions look like real lions, from every movement down to each tuft of fur. It is truly incredible what these Disney animators have accomplished, and it is sure to change photorealistic computer animation forever.

But now that we know what has changed (in addition to most of the voice cast – which is fine here, but was perfect in the first place), we must ask ourselves: does retelling this beloved story with photorealistic animals make it better?

The answer is a resounding “no. ” 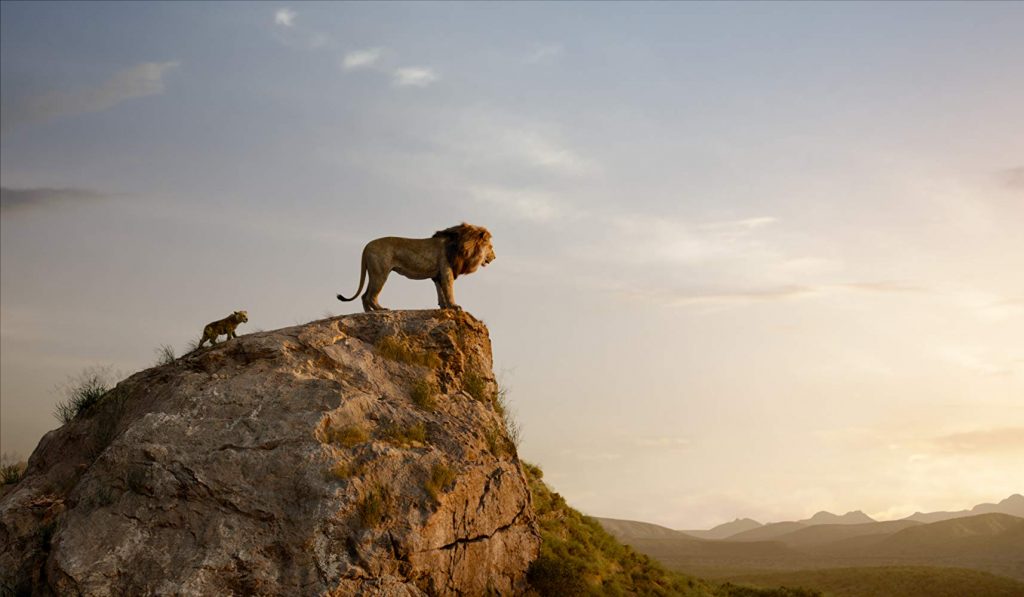 As mentioned previously, it’s not to say that it isn’t entertaining. The Lion King still has the timeless story we know and love, along with the catchy songs and iconic score. There is more than enough there to present an enjoyable experience. But by gaining the gorgeous, photorealistic effects there is something rather important that we have lost – and that is the expression the hand-drawn animation brought to the characters.

How can something so lifelike appear so lifeless? It’s all in the animation.

Where the 1994 version delivered endless joy through anthropomorphism, bright colors, and dreamlike dance sequences – the updated take just isn’t as fun. The medium of animation allows you to escape the real world, creating characters and situations who can function differently than they would naturally. Yet here, the most impressive trait of the film is also its anchor. Scene after scene, musical number after number, they each fall flat. Which is a real shame, because each of the elements is impressive on their own – and the animators have truly done an incredible job here. However, when combined, they lack the magic of the original. And isn’t the Disney magic what we come to experience?

As far as the voice cast goes, fans will be happy to hear James Earl Jones return to voice Mufasa. That is one iconic role that would have been foolish to recast. It’s great to hear Jones, but we all know that his role isn’t one that lasts long. Chiwetel Ejiofor gives what is probably the best performance in the film as Scar – yet opposite Jones, it is hard not to think of Jeremy Irons’ iconic portrayal. Plus his song is the only one drastically changed – “Be Prepared” – which happens to be one of the best in the original. This unfortunately only gives more reason for disappointment. 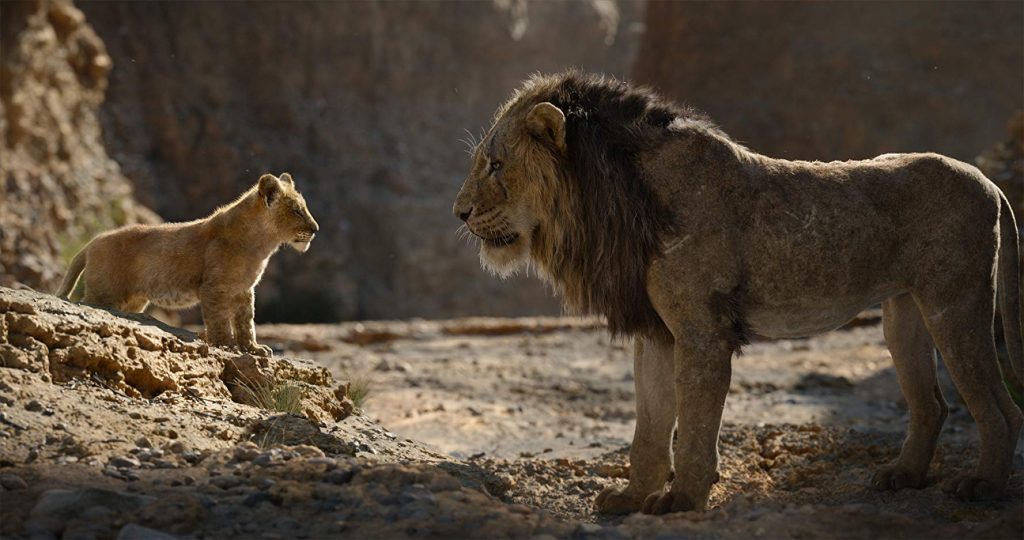 JD McCrary and Shahadi Wright Joseph are good here as young Simba and Nala – later voiced by Donald Glover and Beyoncé. Yet neither of the latter are truly given much to do (which is true of their counterparts in the hand-drawn version), leaving their amazing vocal talents underutilized. Glover’s unmatched charisma doesn’t have a chance to shine through the realistic animation either, which is a real shame.

John Oliver takes over duties for Zazu from Rowan Atkinson – which is good casting, but the updated humor is hit and miss. Florence Kasumba voices Shenzi (originally Whoopi Goldberg), the leader of the Hyenas, and gets a bit of an extended role. The character is more evil this time around, and the actor captures that well. Meanwhile, original comedic relief Banzai and Ed (Cheech Marin and Jim Cummings) are replaced by Kamari and Azizi (Keegan-Michael Key and Eric André), who are given the running gag of invading one another’s personal space.

Alfre Woodard and Penny Johnson Jerald do well as lionesses Sarabi and Sarafina, and John Kani turns lovable goofball Rafiki into a martial arts expert by the end of the film.

If there is one saving grace in this updated Lion King, it is the duo of Timon and Pumbaa – played wonderfully by Seth Rogen and Billy Eichner. It is impossible to replace Broadway legends Nathan Lane and Ernie Sabella, but the new actors do a tremendous job recapturing the spirit of the originals. Their updated lines are fun and somewhat surprising at times – and the changes are more than welcomed in what otherwise feels like a retread. 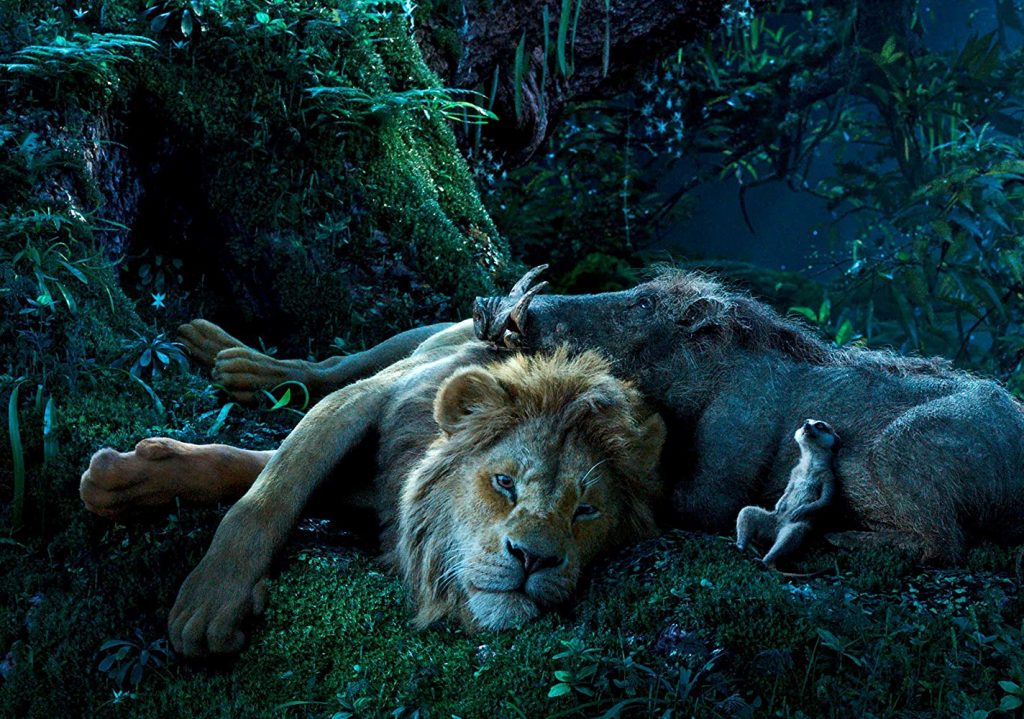 In the end, The Lion King gives you exactly what you might expect – offering little changes or enhancements to the classic story other than visuals. While incredibly detailed and easily mistaken for photography at times, the animation becomes more of a burden when it comes to enjoying the story and songs everyone knows and loves. While fans are almost certain to be entertained, they’re offered little new to appreciate – and above all else, will find the magic that Disney is so known for to be missing.

The Lion King is a C.