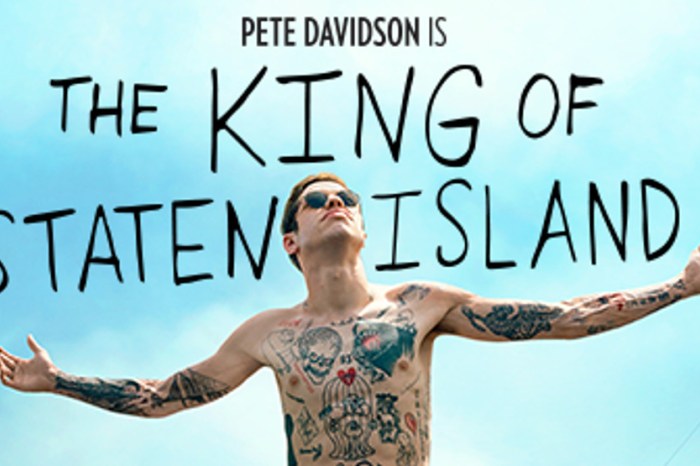 Judd Apatow is a filmmaker who is not afraid to take chances. While he can bring the laughs with films like 40-Year Old Virgin and Knocked Up, he’s not afraid to get sentimental and tackle emotionally charged topics. Funny People was a prime example of that as Adam Sandler deals with learning he has cancer. But in Apatow’s latest film, The King of Staten Island, he not only goes light on the laughs, but gets one of the best performances of the year from Saturday Night Live actor, Pete Davidson.

Davidson, who is known for his stoner and slacker-driven stand up comedy, doesn’t seem like the type of actor who could carry a film. However, Davidson doesn’t just carry the film, he owns it. Davidson undoubtedly drew inspiration from real-life tragedies for the movie. His character in the film struggles with growing up after losing his firefighter father in the line of duty. In real life, Davidson’s father died in the 9/11 attacks.

Davidson’s character, Scott, is 24 and still lives at home. He smokes weed, a lot of weed, and hangs out with his loser friends all day. He seems content with his life until his mother brings home a firefighter played by the gloriously mustached, Bill Burr. Scott hates him from the start and does everything he can to sabotage their relationship. Ironically, it’s Burr’s character, Ray, who helps Scott see there is more to his life than just being a bum. Some of the best scenes of the film take place in the firehouse where Scott winds up crashing after being kicked out of his house.

The King of Staten Island is one of those rare movies where you will laugh and cry. It’s real life and that’s what makes it so good. Fans of Apatow will still get plenty of his brash humor that’s been a staple of his past films, as well as some of the drawn-out, more talky scenes. Having lost my father at a fairly young age and not having the greatest relationship with him, the film resonated deeply with me. Much like Scott in the film, I love hearing stories about my father because as I’ve gotten older, much of what I remembered of him, has faded away.

The King of Staten Island is available on Amazon Prime for rental, as well as other streaming services.

The King of Staten Island gets an A-