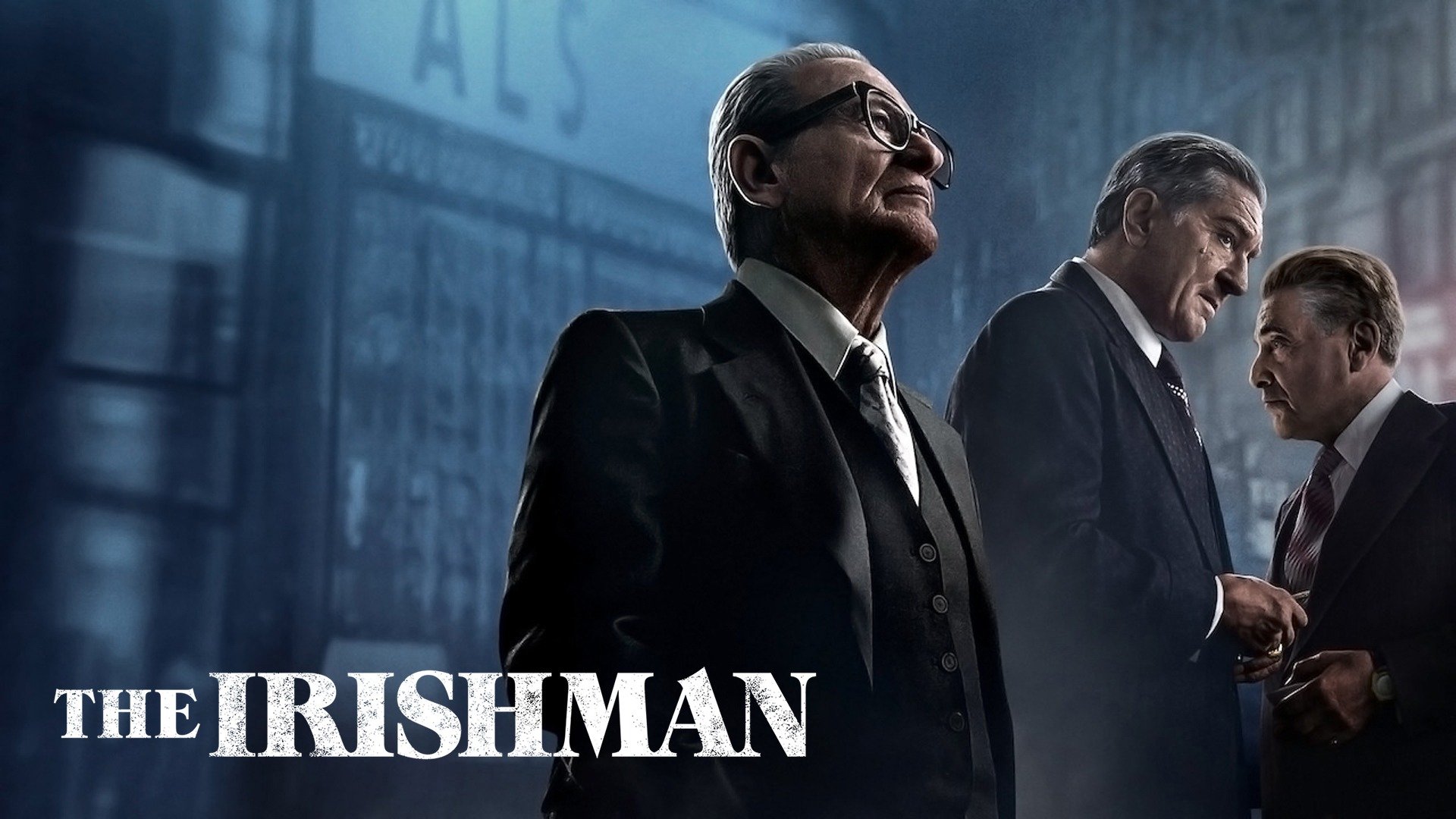 Martin Scorcese is one of the great American directors. His film resume includes ‘Goodfellas,’ ‘Casino,’ ‘The Departed,’ and ‘Wolf of Wall Street,’ all of which are in my top 10 favorite films of all time. Pair him with Robert DeNiro and Joe Pesci and his films are almost guaranteed to be instant classics. The new film, ‘The Irishman,’ once again pairs the trio up along with Al Pacino. What do you get when you put those four together? You get another classic gangster film. Yes, it’s super long, clocking in a 3 and a half hours, but it’s time well spent in the theater or most will see it on their television screens, as the movie drops on Netflix on November 25.

The Irishman is based on Charles Brandt’s biography of real-life gangster and union man Frank Sheeran. DeNiro plays Sheeran to perfection. An Oscar nomination should be in his future.

The film follows Sheeran’s life from his time in WWII to his final years spent in a nursing home. Sheeran goes from a thief to being a hitman, union boss, and partner with Jimmy Hoffa, who is wonderfully played by Al Pacino. Pacino could also receive some love come award season.

Pesci plays Russ Bufalino, the right-hand man of Sheeran. Once again, Pesci excels as a quite dangerous character.

Scorcese uses de-aging technology to show DeNiro, Pacino and Pesci throughout their lives. While the digital technology is quite good, it’s not perfect, but necessary in telling the story. DeNiro ages from 24 to 80 in the film, so as you can imagine, the digital process used is quite remarkable.

Scorcese comes off as indulgent at times, which is to be expected with a movie that is nearly three and a half hours long, but if you ask anyone who is a fan of the director’s work, he’s earned the right to be as indulgent as he wants to be.

The Irishman is the final act in the trilogy of gangster films created by Scorcese. The film is a fitting ending to a period of history that has long intrigued many. No corners were left unturned by Scorcese, who pays attention to nearly every intricate detail in the film. The budget skyrocketed to $159 million, which is the director’s most expensive film to date. With a run time of 209 minutes, it’s the longest mainstream film released in 20 years. It’s time well spent if you ask me.

The Irishman gets an A-.