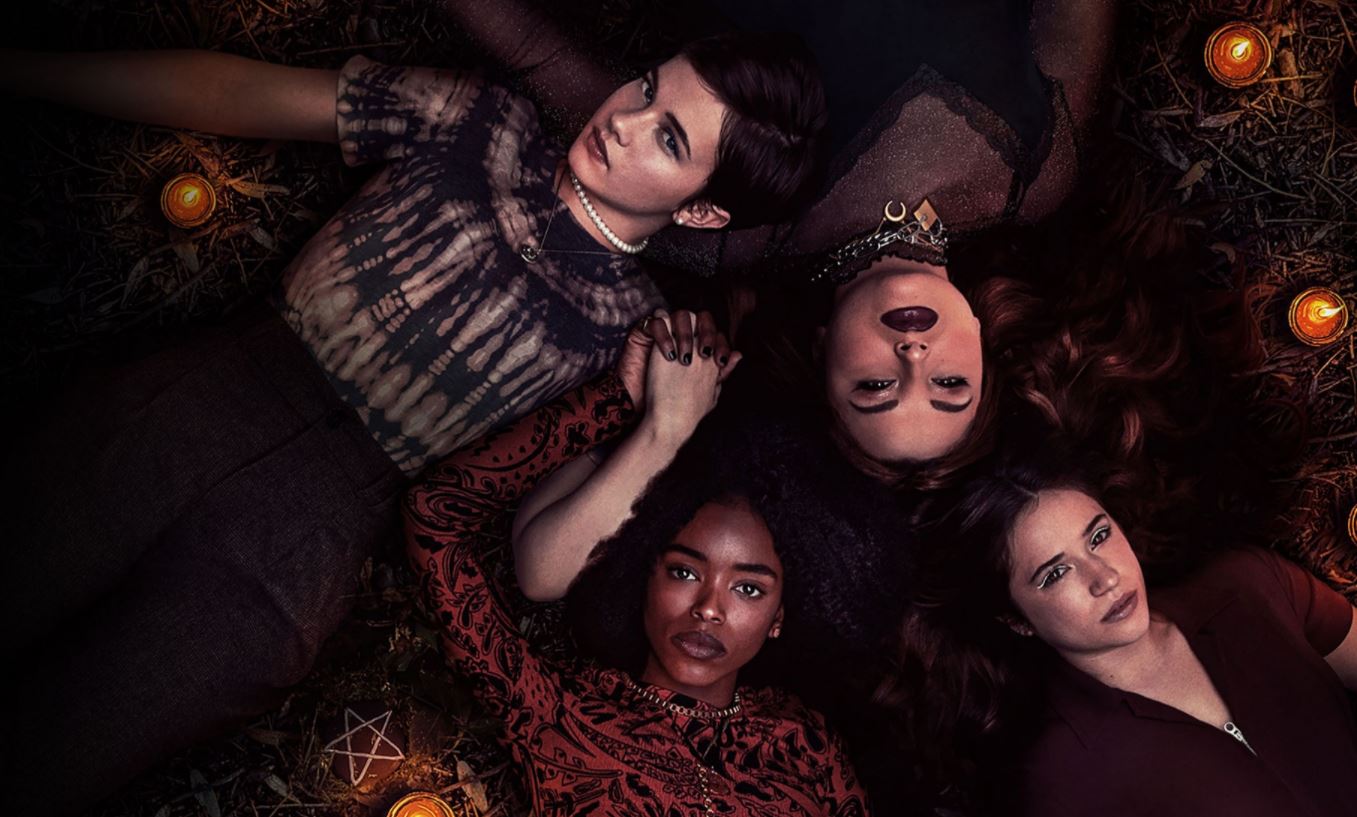 The highly anticipated reboot/sequel hybrid from Blumhouse Pictures, The Craft: Legacy (a follow-up to the 1996 cult classic The Craft) is available for rent or purchase through video-on-demand services everywhere.

Premiering just a few days before Halloween, the film couldn’t have better timing with its release. With an audience for horror features – especially during this season – and with fans from the first film ready for some more wicked wiccans, I’m sure the film’s release is sure to have an interesting kickoff.

Starring Cailee Spaeny, Zoey Luna, Lovie Simone, Gideon Adlon, Michelle Monaghan, and David Duchovny, the film sees a new coven form in outcast high schoolers that seek to gain the power and potential from fulfilling four spots, the perfect circle for magic that aligns with each element and direction (a throwback to “calling the corners” from the first flick). New in town, Lily (played by Spaeny) and her mother (Monaghan) move in with Monaghan’s on-screen love interest (played by Duchovny), a single father of three boys. Lily doesn’t quite seem to fit in and finds comfort in three fellow outsiders at her school. However, those outsiders have a little secret – they’re witches! And, they’ve been waiting for a fourth member to complete their coven. But, if you remember the rules of magic engineered in The Craft, whatever you put out into the universe comes back threefold.

Written and directed by Zoe Lister-Jones, the film is definitely made for a newer and younger audience. While many of the tributes and homage paid to the original film are refreshing and exciting, it is a fair assumption to say that this feature is definitely a completely different machine. I think what made The Craft successful was the soundtrack, great acting, and innovative storytelling – combining horror elements with adolescent struggles to create a witchy good time. The film is still raved about and continues to be a staple from the late 90’s that fulfills the twinge of nostalgia for movie watchers.

Separating this film and recognizing that it was made for an entirely new audience, I felt shorted. Maybe this is because I had high expectations being a huge fan of the original movie, but something felt disconnected about this entry. I think fans that are looking for that same vibe and pacing that they enjoyed from the first film are going to be disappointed, because the performances, story, and overall pacing seem to get lost in the chaos. It doesn’t feel like this film has any connection, and a lot of the plot points are regurgitated moments from the 1996 screenplay. I get that Lister-Jones was trying to use these moments in the film in regard to paying respect to the OG of witchcraft flicks, but it doesn’t work. However, younger generations who are new to the story or franchise might find themselves to be fans.

With the differences from the original, a new and updated version of the story takes the limelight – allowing the characters and story to connect with a newer generation. The writing had some sharp and witty moments, with a modern feminist approach being the pull of focus among the four leading women. The film was much more of a visual spectacle than its predecessor, and the special effects were turned up with The Craft: Legacy (something that will rub original fans the wrong way but, may excite new viewers).

Overall, I don’t think the flick necessarily flopped, but it didn’t seem to quite hit its mark. Attempting to ride the coattails of a 90’s feature two and half decades later can be a tricky tactic. With that being said, I believe the movie had parts that worked, while some of the attempts fell short. I was glad I watched it, being a huge fan of the original (it may even be why I found parts of the film disappointing), but they definitely tried.