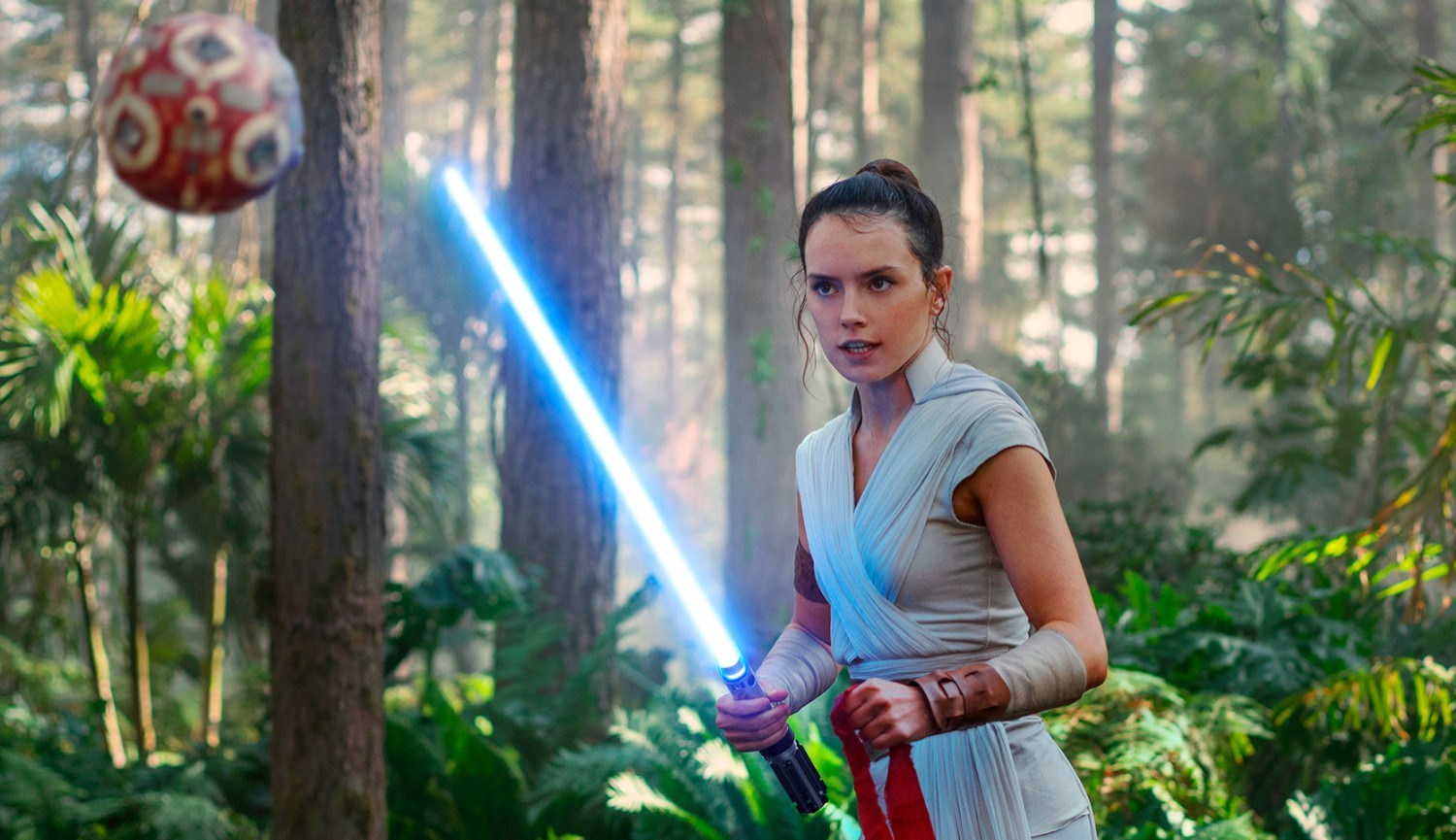 I can still remember my first exposure to Star Wars. I was pretty young, probably eight or nine, looking for a movie to watch. Back then, we had to rely on the old VCR and whatever movies had either been purchased or recorded off broadcast TV. I feel old just typing that.

Anyway, one of the tapes I found was labeled Star Wars. I had no idea what it was, just that it looked like it’d been recorded a few years earlier. Intrigued, I put the tape in and sat down for a few hours.

So many questions after that. What’s the force? Can I get a lightsaber? Where were the first three movies, if this was episode IV? My dad wasn’t really a big Star Wars fan, he’d just recorded it because it was on TV, so I never really got any answers. It wasn’t until a few years later when they were re-released in theaters in 1997 that I really caught the Star Wars fever. After that, I watched the whole trilogy and practically memorized them. I got a few toys, but I played the crap out of different video games: Rogue Squadron, the Jedi Knight series, and the beloved Knights of the Old Republic series (which still ranks among my favorites to this day). I was hooked.

Fast forward to 2019, and the final piece of the nine-film saga is finally upon us. Oh sure, there are TV series as well as other films that are scheduled, but The Rise of Skywalker is the end of the saga that began back in 1977 and concludes the storyline of Anakin and Luke Skywalker.

I’ve probably started and stopped and re-started this review a half a dozen times as I’ve attempted to collate my thoughts and reactions. I think there are two reasons for this. First, I can’t reveal too much of the plot for fear of spoilers. But second, I think we’ve reached a point in fandom where no matter how the movie turns out, large groups of people are gonna love it, while other large groups are going to absolutely hate it. And I’ve been racking my brain trying to reconcile the groups in one review.

The first two films in this new trilogy have received a tepid reaction, at best. Many fans have been turned off by the way directors JJ Abrams and Rian Johnson treated the beloved characters we got to know in the original trilogy. Many didn’t care for the recycled storyline of The Force Awakens, and even more hated the direction that Rian took the series in The Last Jedi. And I can understand that, and these thoughts were running through my head as I was watching Rise.

But then I thought about how I felt as a child: the sense of wonder and amazement that I experienced the first time I watched the movies. They weren’t the most richly compelling stories to ever grace the screen, but damn if they weren’t fun. A New Hope was a two hour roller coaster that started essentially on a dusty old remote planet and ended in space in a battle that had the literal existence of a planet (and galactic government) at stake. It pushed the throttle and rarely let us breathe.

And in that context, The Rise of Skywalker succeeds. It’s not perfect; there are quite a few plot holes that I’m still perplexed about. It’s not neat; it’s very rushed in how it attempts to wrap everything up in one two hour, 20 minute film. What it is, though, is a sentimental romp that pays a heavy tribute to the original series of movies that led up to this point, that made us fall in love with the franchise in the first place. Like it or not, the film is full of cameos and callbacks to the original trilogy.

The cast themselves do a fine enough job with the lines they were given. Daisy Ridley, John Boyega, and Oscar Isaac have certainly developed a tremendous amount of chemistry as the main characters, and they play off each other very well.

The curious force-bond that Rey and Kylo Ren (Adam Driver) is examined in even greater detail, with the bond proving to be advantageous at times for both of them. Driver and Ridley are great foils to each other, with one complementing the other’s strengths at times and vice versa while still managing to be on opposite sides.

Aesthetically, The Rise of Skywalker is about as superlative as you’d expect from a Disney/Lucasfilm movie. The visual and audio effects are top-notch, and it’s clear that no expense was spared in this department.

In the end, did I enjoy the movie? I did…to an extent. I didn’t get to experience the original trilogy in theaters or anything, but I watched it enough as a teenager and young adult to fall in love with it. Seeing the saga wrap up is a bittersweet moment, and I’d be lying if I wasn’t happy to see and hear old familiar faces and voices throughout the course of the movie. It was entertaining, and the movie flew by. There were moments when the audience cheered, and other moments that gave us pause. When my friends invariably asked me what I thought of the movie, I told them I found it to be flawed, yet beautiful.

But I think one of the reasons we were so drawn to the original series of films is that they dared. They tried new things and exposed us to new ideas. While the heroes were exploring new places and concepts, we were right there along with them. But this trilogy’s felt different. The Force Awakens caught a lot of flak because people felt it too similar to A New Hope. I won’t say Rise of Skywalker mimics any one movie in particular, but there are a lot of points in the film that had an overwhelming sense of deja vu. In many ways, it feels less like finding a new destination and more like finding a new way to reach a familiar destination. It has its moments and it’s still fun, but I couldn’t help but wonder if there could have been something more.

Star Wars: The Rise of Skywalker gets a C+