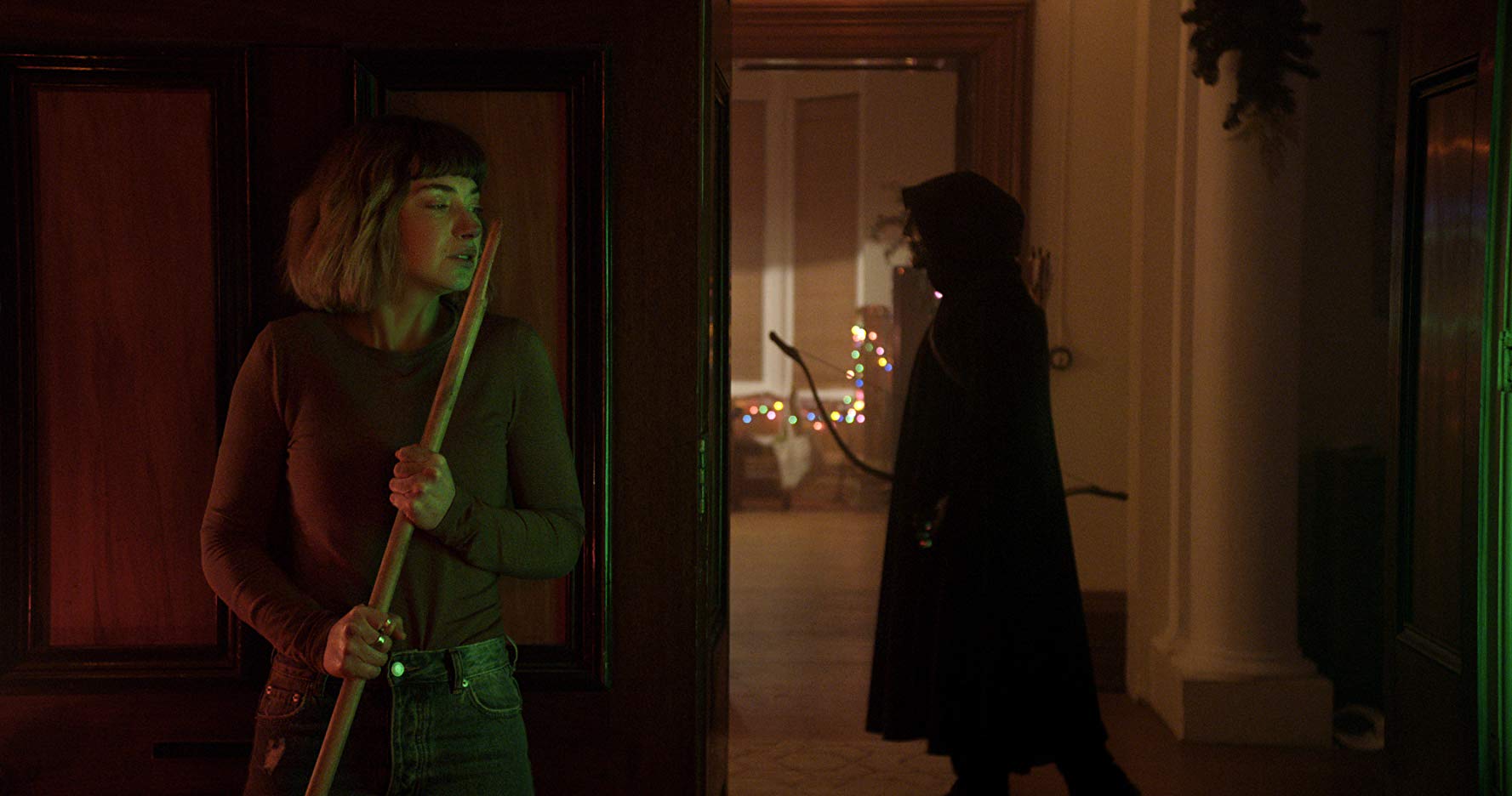 Another Friday the 13th is here, which means the release of at least one horror flick is destined to open in theatres this weekend. Being shy of two weeks before Christmas, it’s fair to say that nothing gets movie viewers into the holiday spirit more than a holiday-themed slasher flick, am I right? If that’s the case, stop reading, and pop in the original 1976 Black Christmas directed by Bob Clark, or even its poorly-written 2006 remake of the same name helmed by Glen Morgan, because what you are seeking, won’t be found in this film. 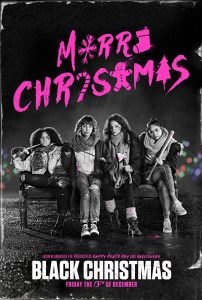 Where I stand about this specific movie is on quite an indifferent spectrum. I didn’t think it was bad, but, I didn’t think it was good either. So that begs the question: Why? Well, for starters, this entry of Black Christmas is definitely one of the most socially aware films I’ve ever seen. It’s politically charged and filled with social activism, with an agenda that director Sophia Takal makes very clear, even from the early-cut trailer advertising the film.

The plot follows a group of sorority girls, Riley, Kris, Marty and Jesse (played by Imogen Poots, Aleyse Shannon, Lily Donoghue, and Brittany O’Grady,) who perform in a local Fraternity talent show, twisting the words of a Christmas carol to reflect the toxic masculinity and rape culture the Fraternity idolizes. This performance, causing an uproar, is just the beginning, however. Something, or someone, is hunting down sorority girls and murdering them on Christmas break. The girls must fight for their lives and turn the tables on those bent on murdering them if they are going to survive to see the Spring semester. Riley (played by Poots,) is also healing from a traumatic experience involving one of the fraternity brothers years earlier and seems to be the lead protagonist. However, it’s Donoghue’s supporting role of Kris that seems to steal the shine.

I appreciated the film for what it was trying to accomplish. Making a horror flick that creates a conversation about politics and social activism is a growing trend and has proven to be successful. For some, the horror elements come from jump scares and talented writing, for others, the horror is in the uneasiness that shows a linear similarity between a dystopian world within our own. That being said, if this movie existed as its own entity, maybe it would’ve been better received. However, considering itself a “threemake” (a phrase I’m coining for films that are now being recycled for the third time around,) it doesn’t deliver under the Black Christmas name. Delving into that further, it hardly felt like a slasher flick. Before its release, the film received heavy criticism for its PG-13 rating, and that lack of violence is vastly seen throughout the 92-minute runtime.

I’m not saying that the movie doesn’t work. Because that’s just not the case. I just wish it didn’t exist as a remake, especially a remake nobody even asked for. Horror films alone are hard to successfully pull off, limit that further by making it revolve around a holiday and it could be a true recipe for disaster. There is also an unexpected supernatural element present in the film that just feels displaced. It felt forced, and I honestly dug the plot up until that point (insert eye roll,) and then just wanted to power through until I reached the credits. Neither of the preexisting Black Xmas films contained a supernatural element, because forcing the slasher genre to clash against some lurking supernatural force usually sees the film fizzle out and flop (with the exception of A Nightmare on Elm Street and a few others.) Quite simply, if this movie avoided the holiday falalala-nonsense and didn’t brand itself a remake of a renowned slasher entry within the horror canon, the movie might have worked. Its social issues were extremely important, especially when exploring the differences between gender and equality. There were several references to the wildly popular “woman clutches keys in between fingers for use of a weapon” and similar tropes that create different easter eggs throughout the story where the viewer goes, “Yes! That’s so accurate.” The agenda of the film is extremely clear, as it exists as a portrayal of the injustices against women and shines a spotlight on rape culture and domestic violence. The themes are relevant, interesting, and again, maybe would’ve worked under different circumstances, but under the guidelines of advertising itself as a ‘holiday-themed slasher remake,’ it falls short, and lacks in many areas.

I’m not saying dismiss this film entirely, just, try and think of it as its own entity. And, if your expecting loads of violence and blood, you will sadly be mistaken. Remakes and reboots are still ever popular and seem to be released more frequently, as we see stories now being regurgitated for the third time around. While this film didn’t necessarily hit its mark, I’m still hopeful some of the remakes we are getting might hit that certain spot horror fans are looking to itch. I’m extremely hopeful for Nicolas Pesce’s The Grudge (another threemake) being released in early 2020. Until then, Happy Holidays!

BLACK CHRISTMAS is a C-