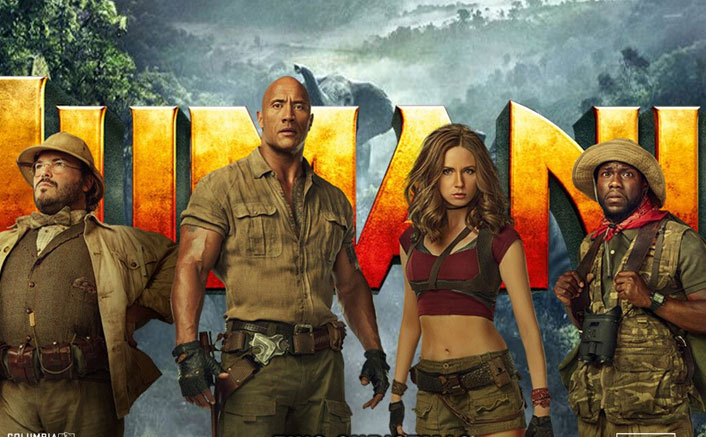 I will admit that when I heard a sequel was being developed to the beloved 1995 Robin Williams classic, “Jumanji,” I was skeptical.

Luckily, a great cast featuring Dwayne “The Rock” Johnson, Jack Black, and Kevin Hart, along with a great script, carried the film to a $1 billion global box office haul. So, it was only natural to expect a sequel to the 2017 hit.

“Jumanji: The Next Level,” looks to be a surefire hit. Not only does all of the cast return, Danny DeVito and Danny Glover join in the fun. In the new film, Bethany, Fridge and Martha are sucked back into the video game after Spencer escapes back into the game. Spencer’s grandfather Eddie, played by DeVito and Eddie’s friend Milo, played by Glover also get in on the action.

The new film has already hit $52 million overseas and is predicted to open between $35 and $55 million this weekend in the U.S.  The 2017 film opened with a haul of $36 million.

As for the new film, I won’t spoil it, but there is a hint at a possible third film during the closing credits. You may want to stick around to catch it.

The film features a ton of body swapping and the acting doesn’t seem to fit the roles at times.

Jack Black is once again on point in the new film. Black stole the show in the 2017 film, which is hard for me to admit since I’m a huge fan of Dwayne Johnson. Johnson comes across as the ass-kicking action star that he is.  His back and forth banter with Kevin Hart is funny but can seem a bit stale at times. Hart’s impression of Glover is spot on and one of the funnier moments of the film.

While a lot of movie-goers scoffed at the thought of a Jumanji film in 2017, the 2019 sequel may also seem unnecessary, but that doesn’t mean you won’t enjoy it. While no new ground is broken in the sequel, it is still and entertaining and fun way to spend 90 minutes.

“Jumanji: The Next Level” gets a B.