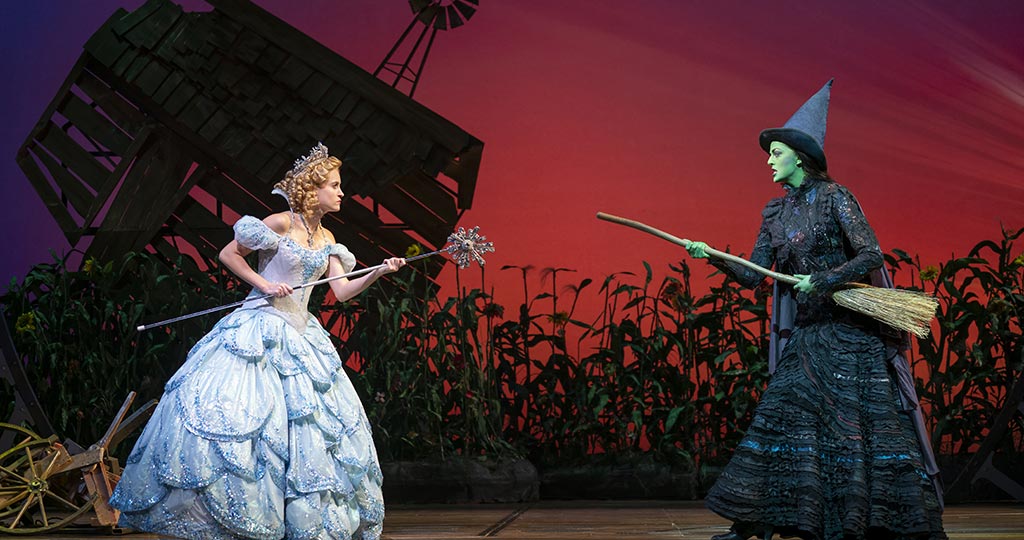 One of the most “Popular” shows on Broadway has flown into The Fabulous Fox just in time for the holidays, plaything now through December 29.

We all know the story of Dorothy and her trip to OZ, chronicled in L. Frank Baum’s novel The Wonderful Wizard of Oz and the 1939 classic film starring Judy Garland. But how did The Wicked Witch of the West become feared by all? And what is her history with Glinda? That’s where WICKED comes in.

Adapted from the novel by Gregory Maguire, the story finds the residents of OZ celebrating the death of the Wicked Witch, Elphaba (Talia Suskauer). But there is more to the story than we’ve been lead to believe, and the observers ask Glinda (Allison Bailey) if she used to be friends with the recently departed. This prompts the good witch to take the audience back in time to her early days at Shiz University. 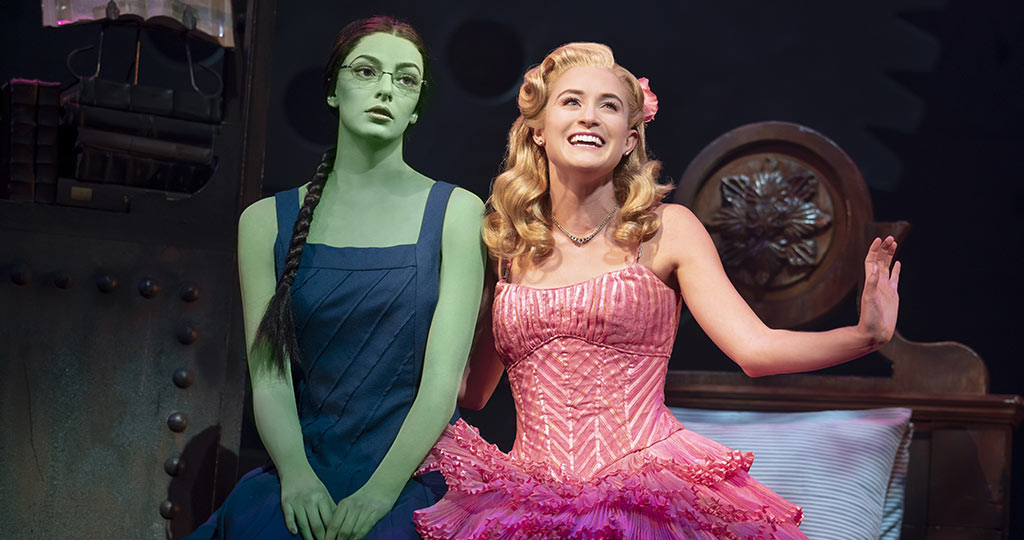 Through a series of misunderstandings, the two witches are forced to become roommates. Elphaba is ostracized because of her green appearance (which I won’t spoil here, but we do find out its origin), and Glinda doesn’t do much to help. That is until she helps her become “Popular” toward the end of the first act – which closes with the show-stopping number “Defying Gravity.”

Both of the leads are phenomenal in the show. Suskauer is perfect as the witty and intelligent Elphaba, and has a tremendous voice to match. Bailey has wonderful comedic timing, and is able to consistently bring the laughs through her body language. The two of them share great chemistry and easily convince the audience that these two characters care for one another.

Aside from those previously mentioned, the numbers “What is this Feeling,” “One Short Day,” and “For Good” are all excellent songs they share. 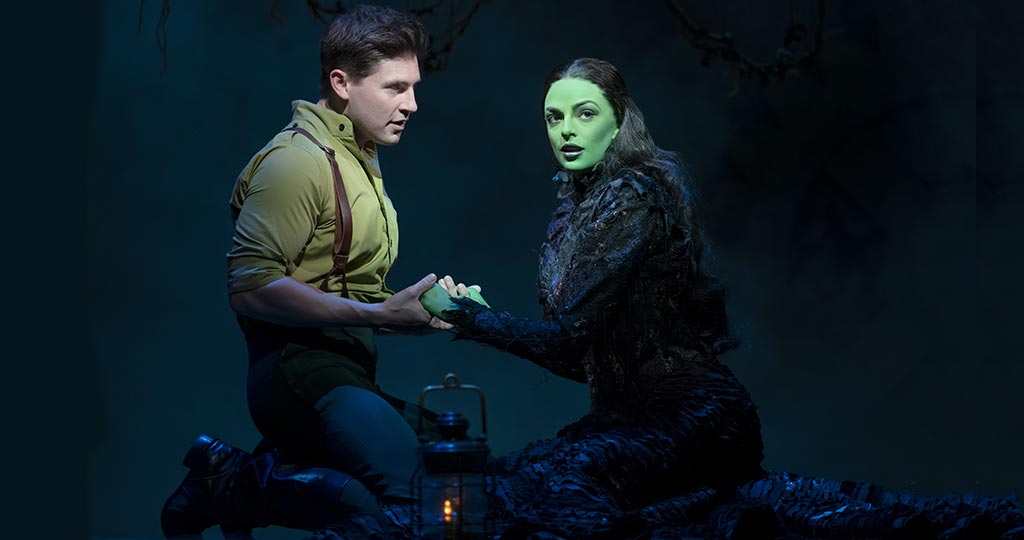 Curt Hansen plays Fiyero, a love interest for both young women. The actor is delightful as the carefree, headstrong student who eventually becomes a great leader. He’s hilarious in the role, and also balances the comedy well with his serious turn in Act II.

Cleavant Derricks is fantastic as The Wizard, wonderfully capturing the spirit of the man behind the curtain. He and Megan Loomis were great together as The Wizard and his press secretary team up to lead OZ.

The sets and costumes are gorgeous, capturing the colorful designs and wacky styles one would expect him the wonderful land. Susan Hilferty’s unique and dazzling outfits compliment the backdrops and scenic designs of Eugene Lee quite nicely. And the gigantic mechanical dragon that looms over the stage is always a sight to behold. 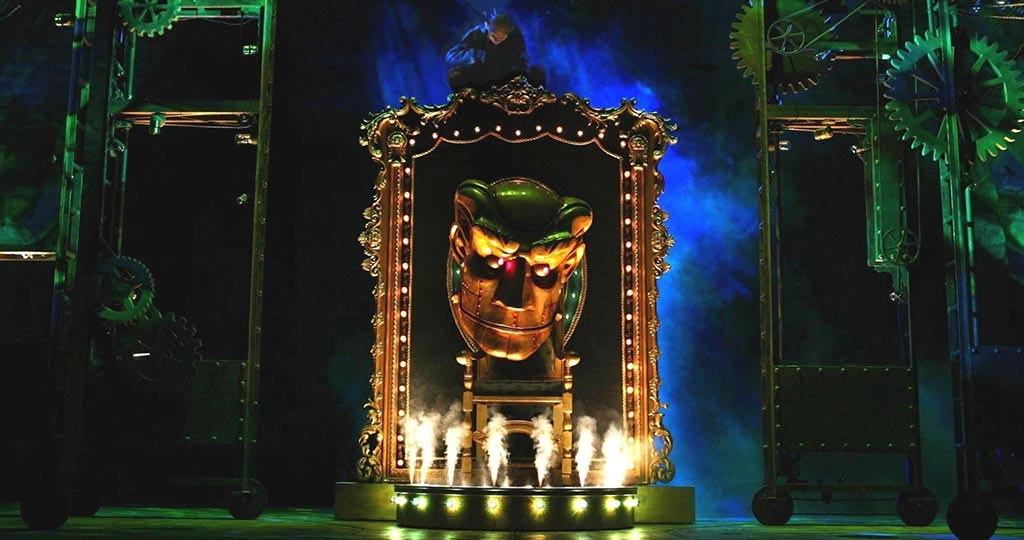 There’s no question as to how WICKED has become the fifth longest-running show in Broadway history, and has delighted audiences all over the world during the past sixteen years. The songs are wonderful, the story is familiar yet fresh, and there is a powerful message behind it all. It’s the perfect show for the family, and a wonderful choice for a holiday outing.

WICKED is playing now through December 29. Tickets are available via MetroTix. For more information, visit the official tour site or FabulousFox.com.