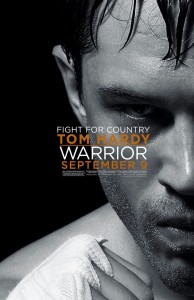 Think The Fighter, except substitute boxing for mixed martial arts fighting – and swap Christian Bale and Mark Wahlberg for Tom Hardy and Joel Edgerton. What do you get? A formula for cinematic gold. Warrior is an intense story with tremendous actors that is sure to get some buzz during the upcoming awards season. 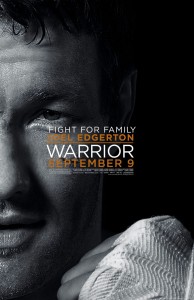 Tommy Conlon (Tom Hardy) is a veteran returning from Iraq, only to reconnect with his recovering alcoholic father, Paddy (Nick Nolte), who he lost his connection with after his parents separated. His brother, Brendan (Joel Edgerton), is a teacher and former MMA fighter, who grew up with their father, but has since drifted apart. After joining a local gym and knocking out the one of the top fighters, Tommy decides to start training again. On the other side of town Brendan can barely pay the bills and support his family as a teacher, so he starts fighting again. The two train to enter Sparta, a tournament which pays one of the biggest prizes in MMA history, unaware of each other’s participation. Old memories are awoken in this most unlikely family reunion, and the two are faced with the fact that it might come down to fighting one another in the finals.

The fight-movie genre has seen some terrific films in the past. When done right, they can really be incredible. Luckily with the right script, the right actors and intense fight scenes – Warrior pulls it off.

The film has a great story-line that really pulls the audience in. You have a the returning war veteran, trained by his recovering alcoholic father who he hates, training to fight in the same tournament against his brother who he hasn’t seen in decades. You are constantly on the edge of your seat, wondering how this will all come together. The film has a great script, and the pacing rarely skips a beat. The story switches back and forth as it follows Tommy and Brendan, who both are equally interesting. It is hard to say who the main character actually is, as the film is split up pretty equally.

Tom Hardy and Joel Edgerton both do an incredible job in the film. If it were a fight between who the better actor is, I would have to say it was a draw. Both of their characters have been through a lot in their lives, and their reunion comes with many tough emotions. They do an excellent job portraying the struggles they go through during the film, and are both sure to break out after these performances. Tom Hardy is already well on the road to success with Inception, and The Dark Knight Rises next year. But there is no doubt that this is the role that Joel Edgerton so rightfully deserves to catapult his career to the next level. Both actors got into incredible shape for the film, so there was no problem believing that either of them could hold their own in the ring.

One actor who definitely cannot be forgotten is Nick Nolte. As the recovering alcoholic father who has pretty much lost both of his sons to the disease, Nolte pulls of an incredibly emotional and heart wrenching performance. His contribution to the film will surely not go unnoticed this year at awards time.

What makes a fight movie truly great is none other than the fight scenes. I go back to great fight-movies, like Rocky or Raging Bull, and think of just how memorable those matches are. If a movie revolves around fighting, and it doesn’t look realistic, how can you take it seriously? I remember watching Rocky for the first time, and not believing that each punch didn’t actually land. Luckily I felt the same way during Warrior. It is hard to believe that the actors weren’t actually fighting during each round. Blow after blow, every hit looked like it was actually making contact with the person on the receiving end.

Warrior is a film that is sure to please any fan of fight movies. For that matter, with a great story and great actors, I think that it could impress those who have never even seen an MMA fight before. With the compelling story it is hard not to become attached to both of the main characters, and you feel like you are hanging off the edge of your seat in the front row until the very end.

Warrior is an A 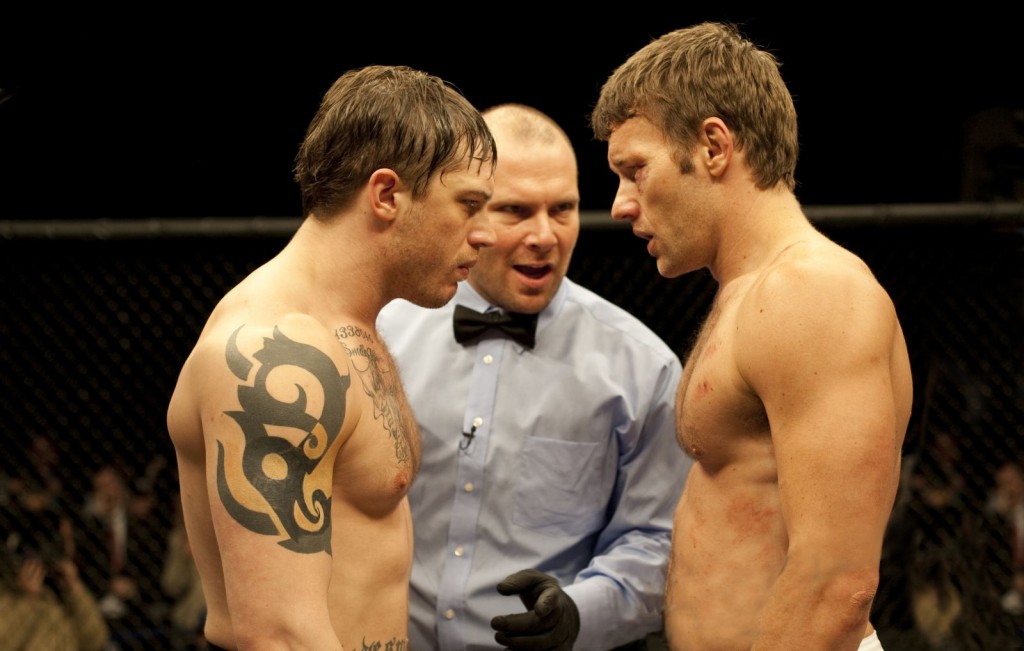