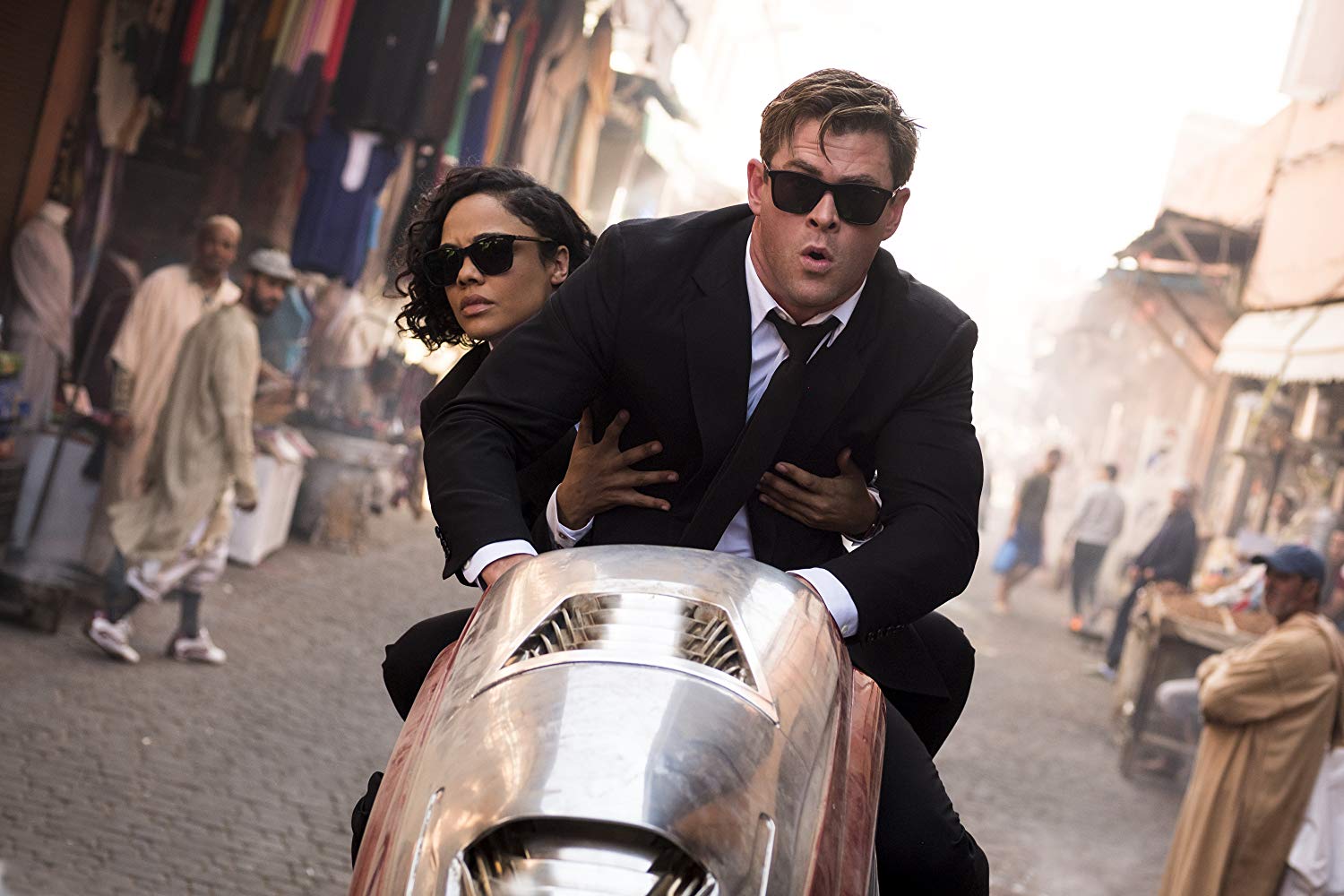 I was never much of a fan of the Men in Black films. At least that’s what I told my friend leading into this movie before she began shaming me for at least the first one. Maybe it’s having probably only seen it once when it came out in 1997 and not really remembering much of it. The same applies to the MIB 2 in 2002. I cared so little, I never even see MIB 3 in 2012. Maybe it’d be different if I revisited them again today. After all, I am much older and wiser than I was then. Half of that statement is debatable, I suppose.

That being said though, you can probably guess what my feelings were about Men in Black: International as promotional material began being distributed. With no affinity for the franchise, I wouldn’t have cared less if I had seen this film or not, but I’m happy and somewhat surprised to say I enjoyed it quite a bit actually.

MIB: International isn’t a must-see by any means and certainly suffers quite a bit in its narrative, but fear not, as stars Chris Hemsworth and Tessa Thompson carry this movie to an enjoyable level with their chemistry. Hemsworth plays Agent H, the best agent in the field after wiping out an alien threat known as The Hive by the side of Liam Neeson’s, Agent T, who now runs the London branch of the MIB. Thompson plays Molly, a book-smart go-getter obsessed with finding and potentially becoming part of the MIB after an alien encounter in her childhood and witnessing the MIB in action without having been neuralized (which is having her memory of it wiped clean, for those not versed in MIB terminology). 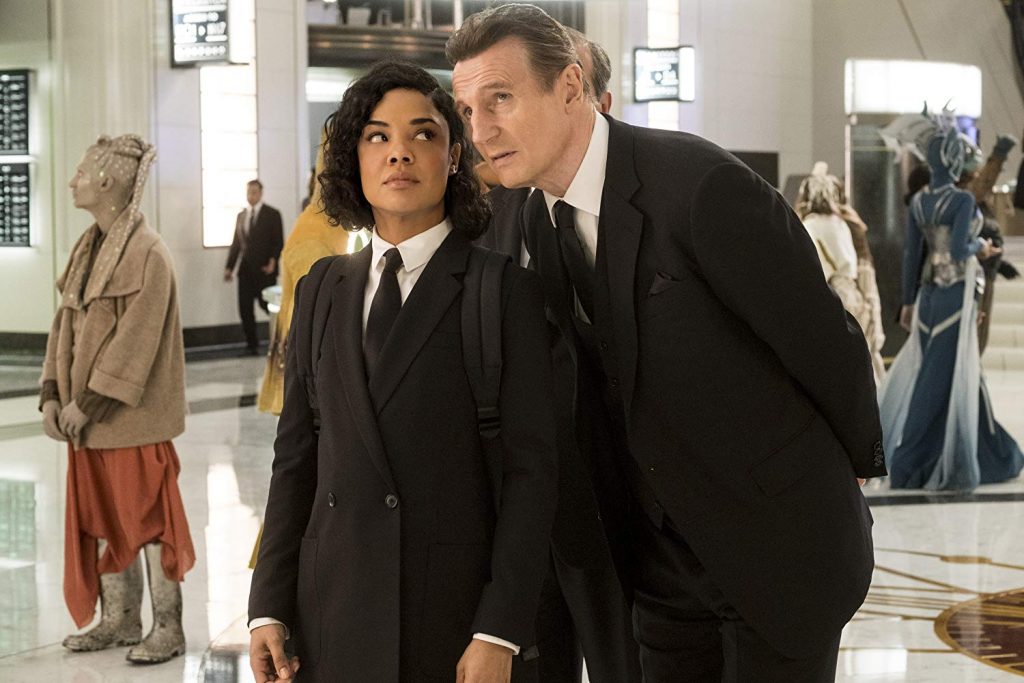 Through a series of humorous events Molly does, in fact, become Agent M and ultimately teams up with Agent H to discover treachery is afoot with the possibility of a mole within MIB. From here, the film isn’t anything groundbreaking. We’ve seen this kind of spy movie countless times and even with a couple of head fakes, it’s pretty predictable how it’s going to play out by the film’s end. But I still managed to find lots of enjoyment and laughs along the way as both agents continued to dig deeper into a rabbit hole of conspiracy and espionage trying to discover the truth.

The film manages to fill it out its two-hour run time without any lulls in the entertainment. The action segments are quite a bit fun, despite sometimes being a bit overdone. Most of the alien creatures that get more than a second of screen time are humorous and unique, not to mention the Kumail Nanjiani voiced Pawny, who’s wisecracks and loyalty to serving his Queen (he’s a chess piece after all), steals the show throughout the second and third act.

The Hemsworth/Thompson chemistry we’ve seen previously in Thor: Ragnarok and Avengers: Endgame is still very present here, and as said above – the film rides on it. Without them leading the charge, this would be even more forgettable than the critic consensus is already leading readers to believe it is now. There’s a charm to Hemsworth’s onscreen personality that matches well with Thompson’s and together their dialogue feels real and I’m pretty sure I’d watch them together in anything at this point.

Men In Black: International gets a B 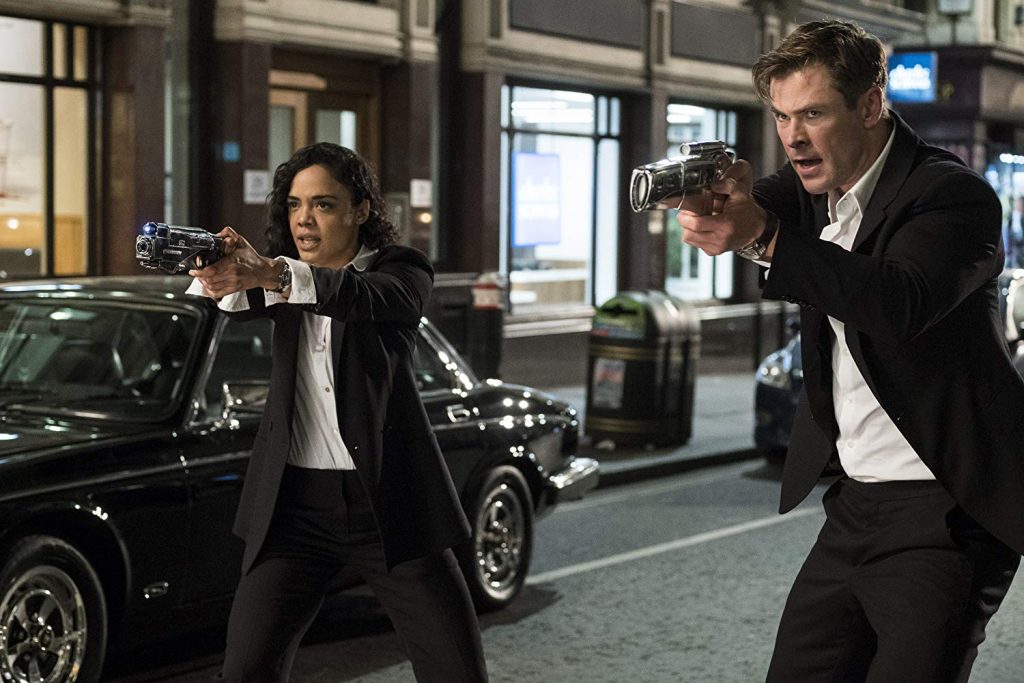