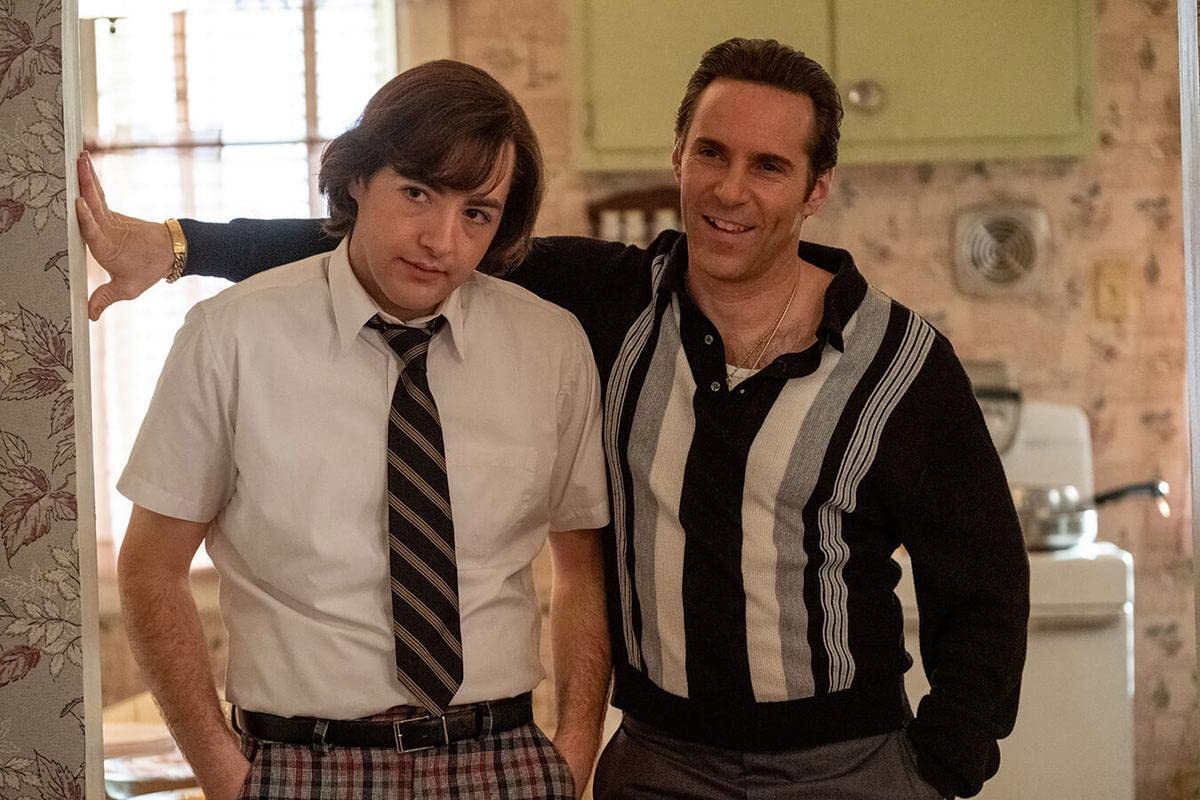 I must admit: I have never seen The Sopranos.

You don’t have to tell me twice, I’ve been told it’s “one of the greatest shows of all time,” and a must-watch. And I believe you. I have nothing against the show, it’s simply a blindspot (we all have them).

Rather than using the time before seeing the new prequel film to watch the show and prepare myself, I decided to go in cold. Would the film work on its own?

The answer is: yes, very much so.

Directed by Alan Taylor (who helmed several episodes of the series) and written by Lawrence Konner and series creator David Chase, The Many Saints of Newark starts off with some narration that probably won’t make much sense to you if you haven’t watched the show, recapping at least one prominent death as the camera sweeps over a graveyard. But within a minute they flashback to 1967, and the compelling origin story begins. It’s clear to see the film is littered with Easter eggs and callbacks to the show for the fans, but it never makes a new viewer feel lost.

While the film certainly does answer the question of how a young Tony Soprano (Michael Gandolfini, a spitting image of his father at times) turned into the head of the family from the hit series, it mostly centers around Richard Multasanti (Alessandro Nivola) – or Uncle “Dickie” as Tony calls him. Dickie is a mid-level mob guy, son of “Hollywood” Dick (Ray Liotta), who acts as a surrogate father to Tony while his real father, Johnny (Jon Bernthal), is in prison. We see Dickie’s rise to power, set against the backdrop of the Newark race riots of 1967, and the eventual war against one of his former lieutenants – Harold McBrayer (Leslie Odom Jr.).

The biggest compliment I can pay the film is that I never felt lost during the 2-hour runtime. While it’s obvious that fans of the series will already know many of these characters, and be familiar with the world David Chase created, the story is easy to follow without any existing knowledge of the show. That’s the beauty of being a prequel, and new viewers who decide to start the show will go in armed with more info than the original fans. Overall, it feels like a huge win-win for everyone.

While it’s hard not to make comparisons to Goodfellas, one of the greatest mob movies of all time, this is far from a carbon copy. The 1990 Scorsese film has influenced much that has been released since, yet with Tony being more of an ancillary character, and Dickie already being established with the family, it doesn’t seem overly familiar. The comparisons probably have more to do with Liotta starring in the film, and the general mob setting.

The new cast portraying returning characters is great, featuring Vera Farmiga as Tony’s mother, Livia (played in the series by Nancy Marchand), Corey Stoll as Junior Soprano (Dominic Chianese in the show), John Magaro as Silvio Dante (originated by Steve Van Zandt), and Billy Magnussen as Paulie Walnuts (Tony Sirico in the series). Michela De Rossi stars as Giuseppina, Hollywood Dick’s new wife who stirs up trouble throughout the film, and does a great job in the role.

While fans may be disappointed that the film doesn’t focus on Tony the entire story, there are still plenty of pieces that paint a picture of how he becomes the man everyone knows in the series. Plus, speaking as an outsider, I think it is more interesting to learn about characters you didn’t get to spend time with for all those years – while still being able to connect the dots. Excellent performances, an intriguing story, and not having to know anything going into the film to make it work – all lead to a satisfying watch.