Perspective is a powerful tool. 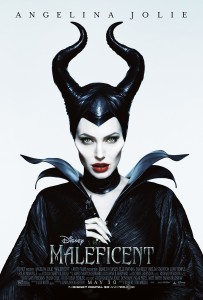 Oftentimes marred by a person’s opinion or emotions, differing perspectives can be deleterious. The inability to maintain the same interpretation of events or words can pit former allies against each other and bring down powerful entities.

On the other hand, being able to view the world from another person’s point of view can bring insight not previously possible. It allows us to perhaps fill in the blanks of our own opinions and views, and reconcile facts and beliefs to a degree we’ve never seen before.

There are always two sides to a story, and oftentimes in a film, we never get to see the antagonist’s. Thus is the story of Maleficent, the eponymous character who played the foil to Aurora in the original Sleeping Beauty. A live-action interpretation of the Disney animated film as well as two literary works (one by the Grimm brothers), Maleficent tries to bring to light the story of the previously reviled evil fairy godmother.

In her first on-screen appearance since undergoing a double mastectomy, Angelina Jolie does her best to humanize a loathed character from Disney lore. Whereas in the original film she did her best to ruin the lives of King Stefan, Princess Aurora, and their kingdom’s subjects, Maleficent takes us beyond the scope of the original film, going back to when Maleficent and Stefan (Sharlto Copley) were kids, best friends, and eventually lovers. Originally a benevolent and powerful fairy tasked with protecting her kingdom from King Henry’s (Kenneth Cranham) attempts to conquer the forest kingdom.

Initially presented as a kind, innocent boy, Stefan becomes corrupted by the taste of power, and when the king promises to anoint as his successor whoever kills Maleficent (due to her defeating him in combat), Stefan betrays her and clips her fairy wings, presenting them to Henry as a sign that she has been vanquished. As promised, he becomes king, and eventually he and his queen have a child, a daughter named Aurora (Elle Fanning).

Enraged by being betrayed, Maleficent takes drastic action, barricading the forest and driving away the light that once permeated through it. She enlists the help of a raven/shapeshifter named Diaval (Sam Riley), and when she catches wind of Aurora’s birth, she crashes a gathering intended to introduce Aurora to her subjects, decreeing that she will prick her finger on a spinning wheel spindle the day on her sixteenth birthday and fall into “a sleep like death.”

It’s an interesting exercise to see. Once a person has an initial impression of another person, it becomes more difficult to dislodge that impression even if it’s not completely accurate. Since the release of the original film in 1959, Maleficent has long been considered to be one of Disney’s most well-known villainesses, if not the most well-known. This time around, though, she is presented as a much softer force, powerful yet not completely overtaken by darkness. This is evidenced early on when it is she who weakens her curse, allowing that the curse may be broken with the kiss of true love. This is a subtle yet noticeable change from the original telling, which leaves little (if any) possibility that Maleficent may actually not be completely evil.