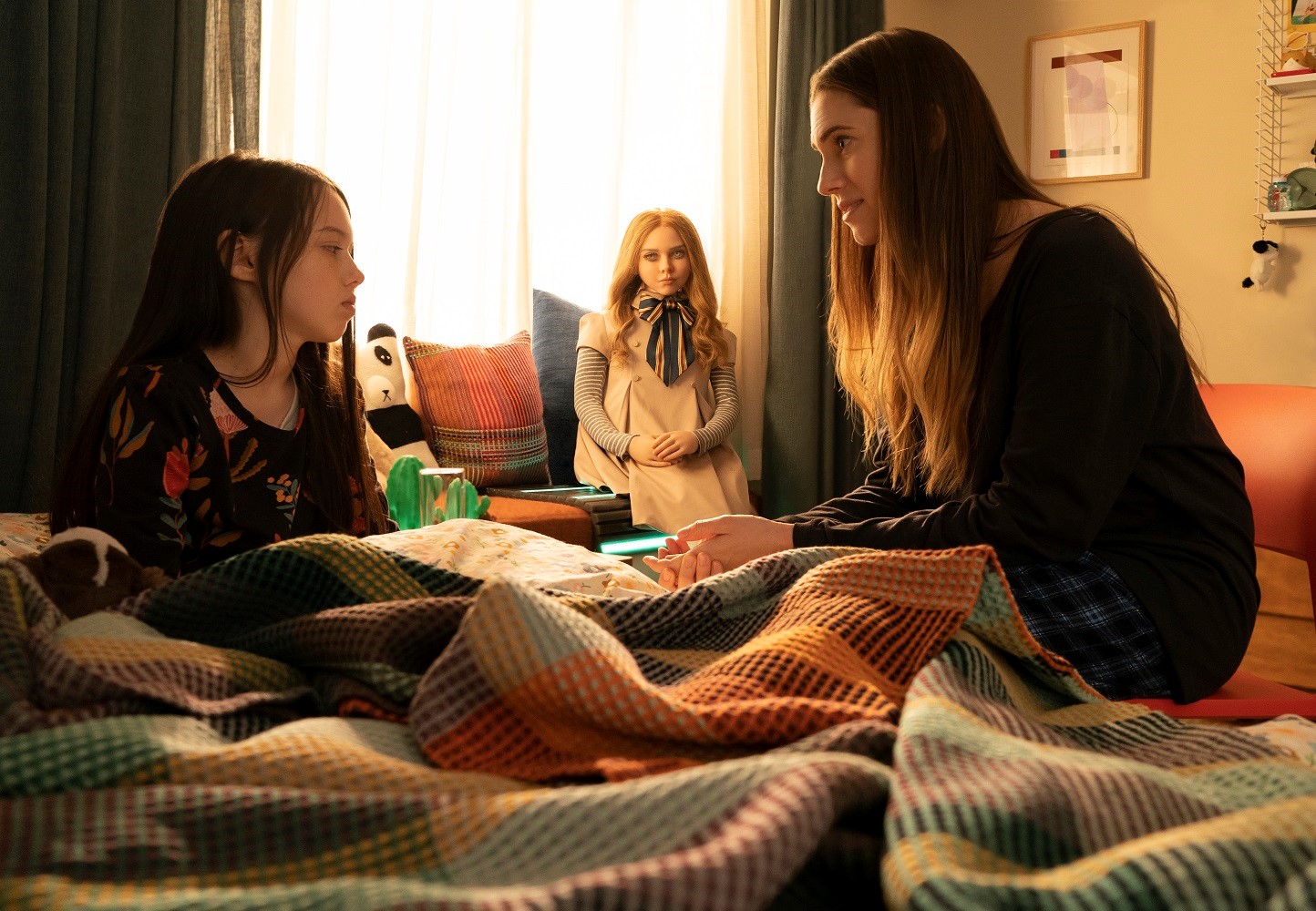 It’s nice. To have. A friend. Seem a little familiar?

The tagline is reminiscent of another killer doll that we all know and love, Chucky. And, this revamped version of the killer doll horror flick is definitely Gen Z’s Child’s Play.

M3gan is the latest film presented by Blumhouse, and it’s a safe bet to say that the killer doll has had some updates. M3gan stands for “ Model 3 Generative Android,” Megan for short. In the film, a toy company has created a beta doll that is lifelike, has a generated response model, and pairs with a child as a primary user. The doll, as it spends more time with the child, learns and adapts to respond to their primary user with unique interactions. The doll also contains some features, from learning TikTok dances to storing voice recordings, that set it apart from other toys. The presentation of the beta doll is set to put on a killer presentation when revealed as the next big toy, quite literally.

The film is directed by Gerard Johnstone. It stars Allison Williams as Gemma, the creator of Megan, and aunt/caregiver after her sister passes in an accident to her niece Cady (played by Violet McGraw.) Since the doll has such a fluid life-like movement, it is understandable that it is played by an actual actor instead of relying on CGI effects – which is a breath of fresh air. The role of the killer doll is played by Amie Donald AND Jenna Davis. We also see a supporting cast in Jen Van Epps, Brian Jordan Alvarez, Ronny Chieng, and Lori Dungey.

More often than not, if the Blumhouse production company logo is attached to a film, it offers up some promise. I think what sets M3gan apart from being a rip-off of an unoriginal idea (like the reboot/remake of Child’s Play, or even 1998’s Small Soldiers,) is its use of satire. The film never takes itself too seriously, with a compilation of scenes that venture on the line of horror-comedy than strictly just a horror flick. The presence of satirical representations of modern advertising and the use of modern technology is executed perfectly. Whenever things seem to be getting too serious, the film turns in on itself to offer up some needed laughs, whether it is random singing (quite poorly not to mention,) that the doll offers as a random soothing apparatus, or its comedic responses to some of Cady’s behavior. The lack of CGI is also a saving grace of the film.

The shortcomings of the flick come due to its lack of violence. From its trailer, it seemed to be a nonstop bloodbath as victims of the robotic doll seem to pile up one by one. This isn’t the case though. The moments of violence where it would iterate itself as a solid horror flick come not often enough. And, when they do, they seem a little ridiculous (this could be entirely purposeful by the director, but it definitely disrupts the narrative and takes the viewer away from the horror elements present in the film).

The doll also creaks and cracks like the bones of a human body when it is contorted. This is clearly because of the metal skeletal structure of the doll, but it seems quite misplaced. The balance of horror and comedy was used as a mechanic to drive the film, which in most cases it does quite well, but also takes away one of the most prolific qualities of a horror flick – which is the violence.

Overall, it might not seem like a new or fresh idea, but its presentation is done quite nicely. The laughter sprinkled throughout seems to work well with Johnstone’s film, and it will definitely garner some attention. I think the use of modern obsessions such as the reliance on technology and the infamous TikTok dances that have already flooded social media will bring in a younger audience to the horror front, which might be in part why the film isn’t as violent as I thought it might be. It could use a little more polishing, but was enjoyable nonetheless.