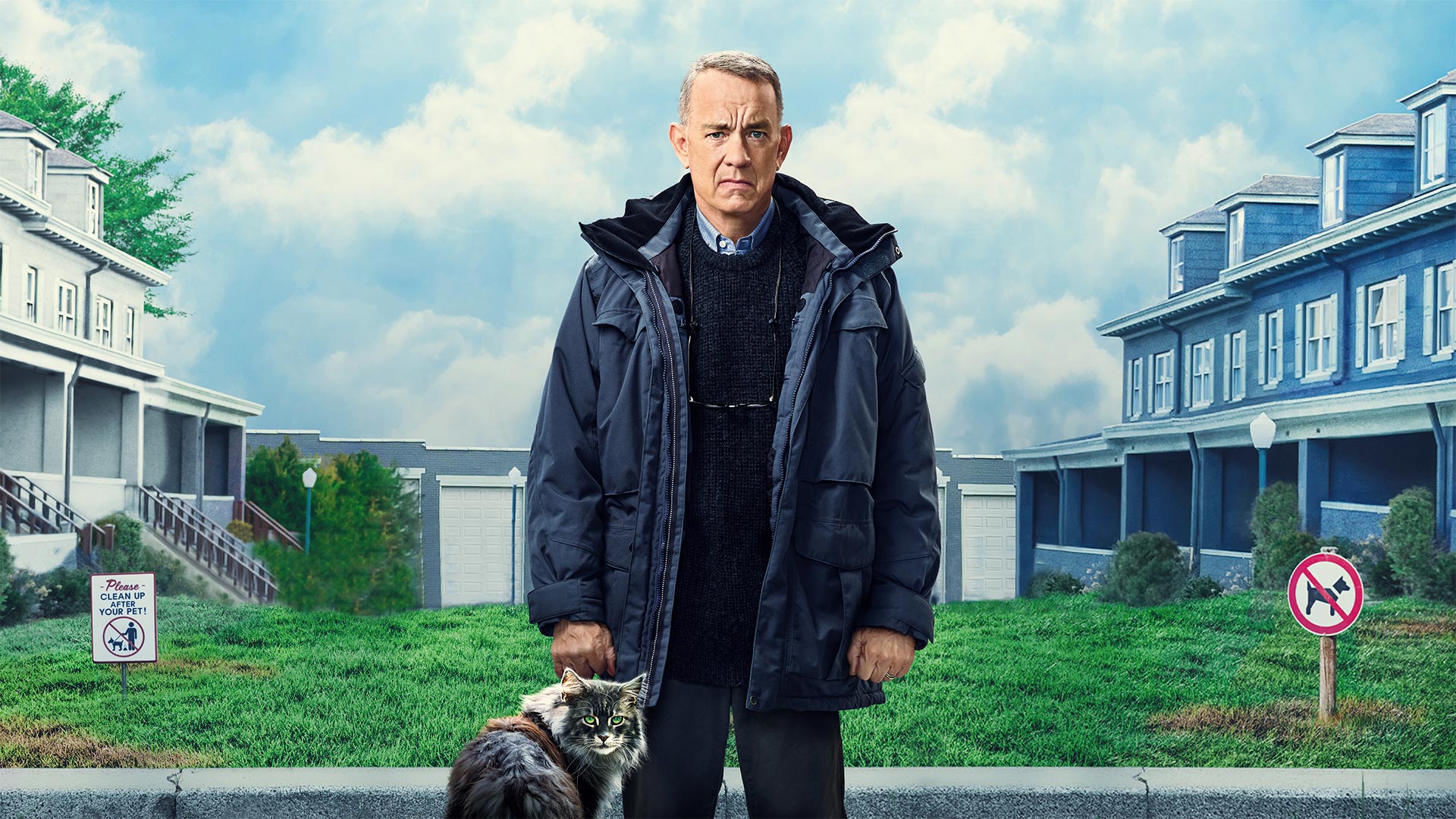 Stop me if you’ve heard this one before: grumpy old person turns beloved neighbor and family member after opening up to their neighbors. It’s nothing original, yet if done well enough, keeps people coming back for more. And so it is with A Man Called Otto, in itself a remake of A Man Called Ove, a Swedish film based on a novel of the same name.

The trailer makes it blatantly obvious: this is meant to be a heartwarming tear-jerker. Tom Hanks plays Otto Anderson, a crotchety old man who clings to his daily routine as the self-appointed guardian for the neighborhood he’s lived in for years. He’s often bitter and intransigent until he sees new neighbors moving in across the street: Marisol (Mariana Treviño),  Tommy (Manuel Garcia-Rulfo), and their two daughters.

As the film progresses, Otto warms up to others; he’s still grumpy at times, but he never refuses to help anyone in need. He complains about ads being thrown into his yard, but after meeting the person delivering them, he softens his attitude. Beyond that, through flashbacks we get a peek behind the curtains and it’s revealed why he’s grown so distant from others in his later years; once married to a woman named Sonya (Rachel Keller),the film offers a brief glimpse of their courtship and marriage. WIthout spoiling too much, the story is strikingly familiar to fans of a particular Disney movie.

It’s a very straightforward film, no big plot twists or “a ha!” moments to be had, but to fans of the genre, that isn’t necessarily a detractor. Hanks, one of the premier actors of his generation, can seamlessly slip into just about any character, and he does a solid enough job as Otto, gradually thawing out as his humanity is revealed. I was also pleased to see that for the role of Malcolm, a transgender teen struggling with acceptance, they hired a transgender actor (Mack Bayda) to play the part.

Besides Hanks, though, the real star of the movie is Treviño, who absolutely kills it as a mom working to keep her family happy and healthy. Despite Otto’s hesitance, Marisol proves herself capable and resolute, not only in caring for her family but for Otto and her neighbors as well. Treviño deserves full kudos for being the glue holding the film together, and I’d love to see her in more films.

It’s unlikely Otto is going to garner serious hardware consideration during awards season (it should be noted that the Swedish film did get nominated for Best Foreign Language Film at the Oscars), but it’s a simple and straightforward feel-good movie. I know many of my friends were skeptical about it, but I get the feeling that those who want to see it are going to enjoy it, which in this day and age, can be good enough.