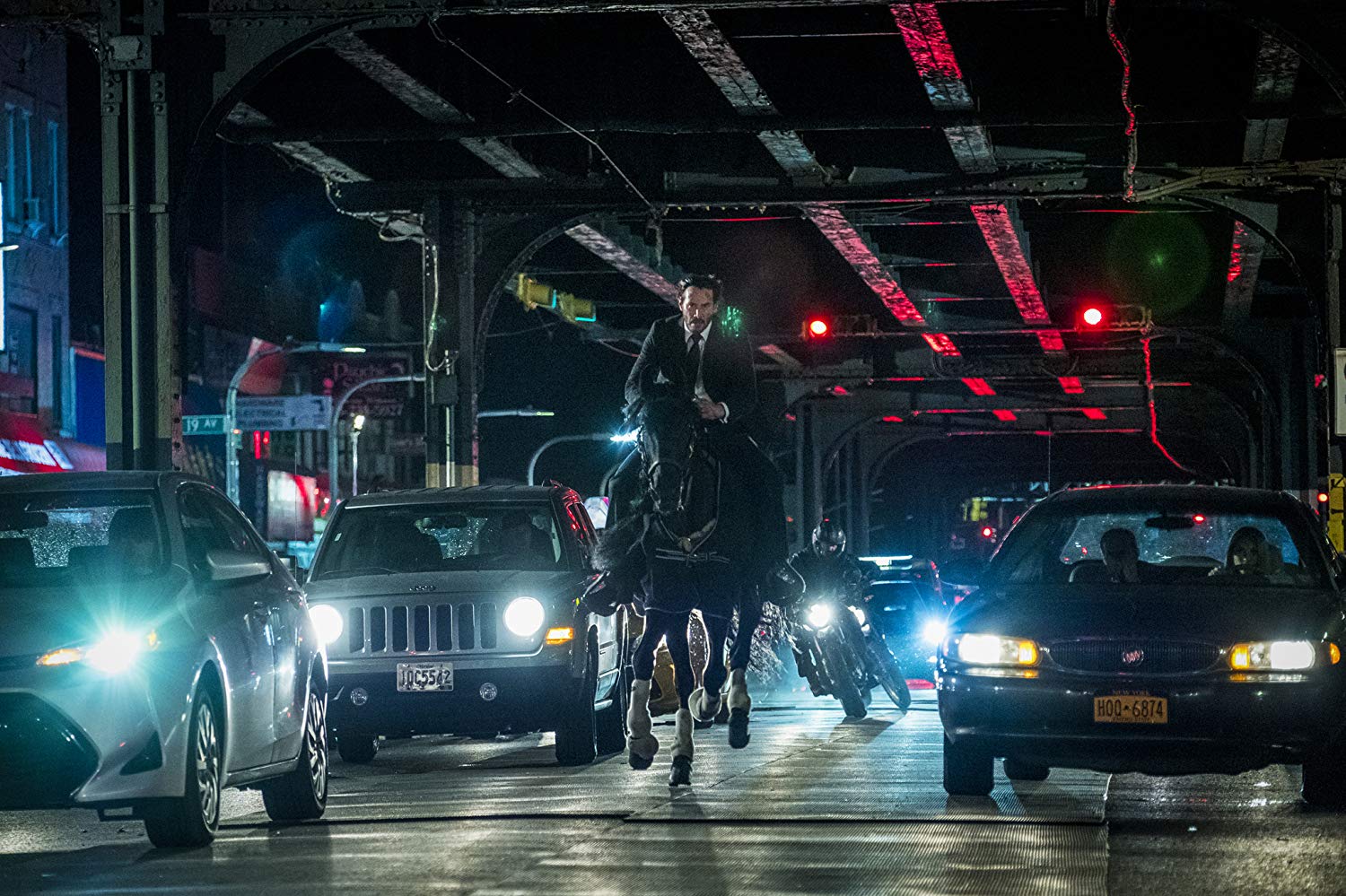 Usually, I don’t do this, but the plot of John Wick 3: Parabellum is pretty simple. If you want the full review, skip to the next paragraph. If you really just want an abbreviated but accurate TL;DR – people want to kill John Wick. John Wick does not want them to kill John Wick. A two-hour kerfuffle ensues.

At this point, John Wick’s become more than just a movie character. He’s become a mainstream figure and a source of online humor (after Avengers: Infinity War, Facebook feeds were clogged with memes about John Wick going after Thanos after Thanos killed his dog). 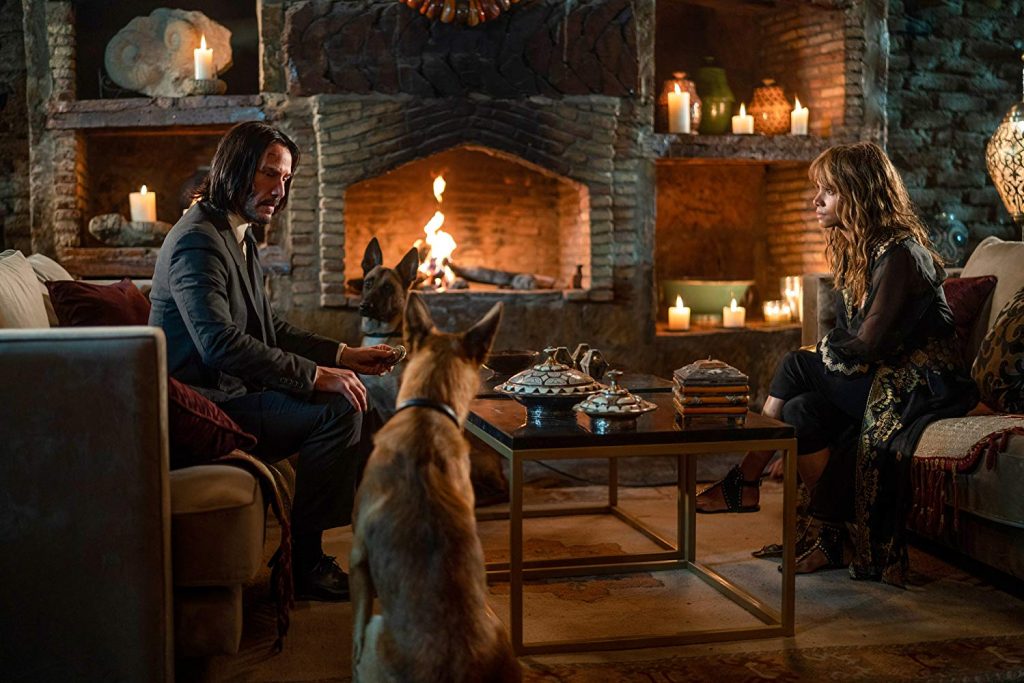 And that’s essentially by design. The first film was drawn up as an homage to martial arts films and such action classics as The Killer, co-directed by Chad Stahelski and David Leitch * who happened to be stuntmen in another movie franchise called The Matrix, so there’s a chance they were familiar with Keanu’s work.

The first movie was satisfying enough on its own to be a standalone film, but with the unexpected success it found in the box office, a sequel felt inevitable, and in 2017, John Wick 2 once again found incredible success, grossing $170 million worldwide, almost double what the first film did. People love the slick visuals and beautiful choreography of the fights; these films are pretty mindless brain candy, but that’s not necessarily a bad thing, is it? Even the worst candy can off some nutrition. 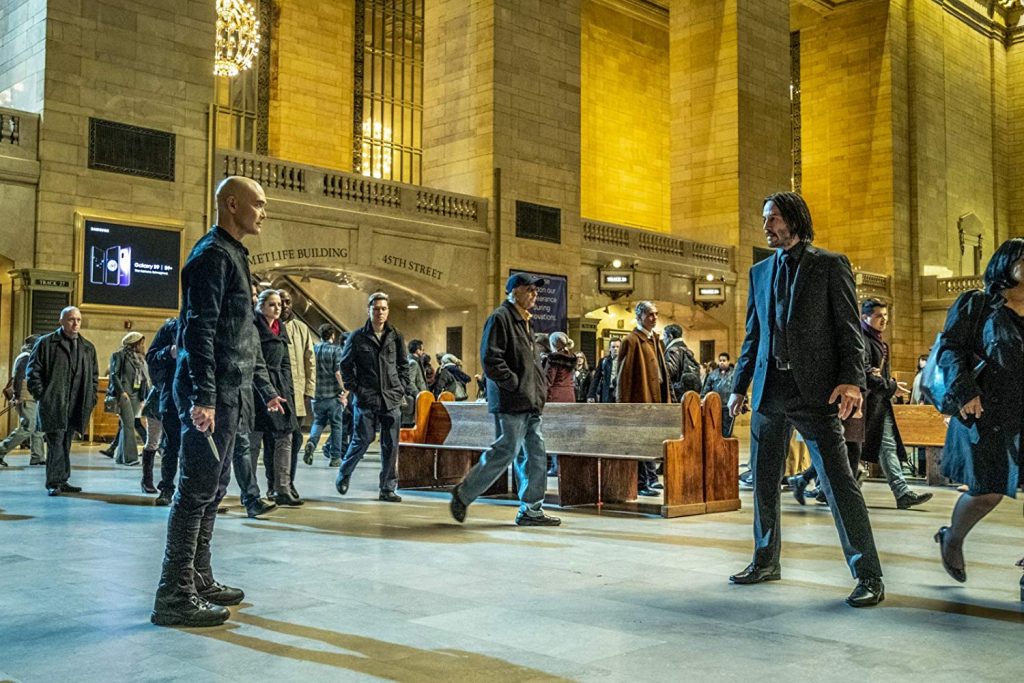 Usually, I try to sum up a bit of the plot for the movie I’m reviewing, but to be honest, the plot in John Wick 3: Parabellum is hardly more than an excuse to have a bunch of sword and gunfights. Picking up right after the events of the second film, Wick’s on the run after Winston (Ian McShane) has declared him excommunicado, placing a bounty of $14 million on him. Fighting off an initial wave of assassins (by the way, at least a third of all New Yorkers appear to be highly trained elite members of an ultra-secret assassin society), Wick calls in a favor to a member of the High Table (Anjelica Huston), the designated protector of John Wick, who gets him passage to Casablanca, where he meets up with another assassin named Sofia (the superb Halle Berry).

In its simplest form, it’s a story of traveling from point A to B to C while being all stabby stabby shooty shooty. And to that end, there are a thousand action movies with the exact same plot, yet this one’s got enough muscle behind it to actually stand out from them. The action is absolutely breathtaking. The film gets its subtitle, Parabellum, from the famous Latin phrase “Si vis pacem, para bellum,” (“If you want peace, prepare for war”), and it’s a certainly appropriate adage here. The choreographed fight with Wick and Sofia against a bunch of henchmen in Casablanca might be the best one yet: beautifully executed and perfectly incorporates the use of Sofia’s protective dogs, who are absolutely savage. 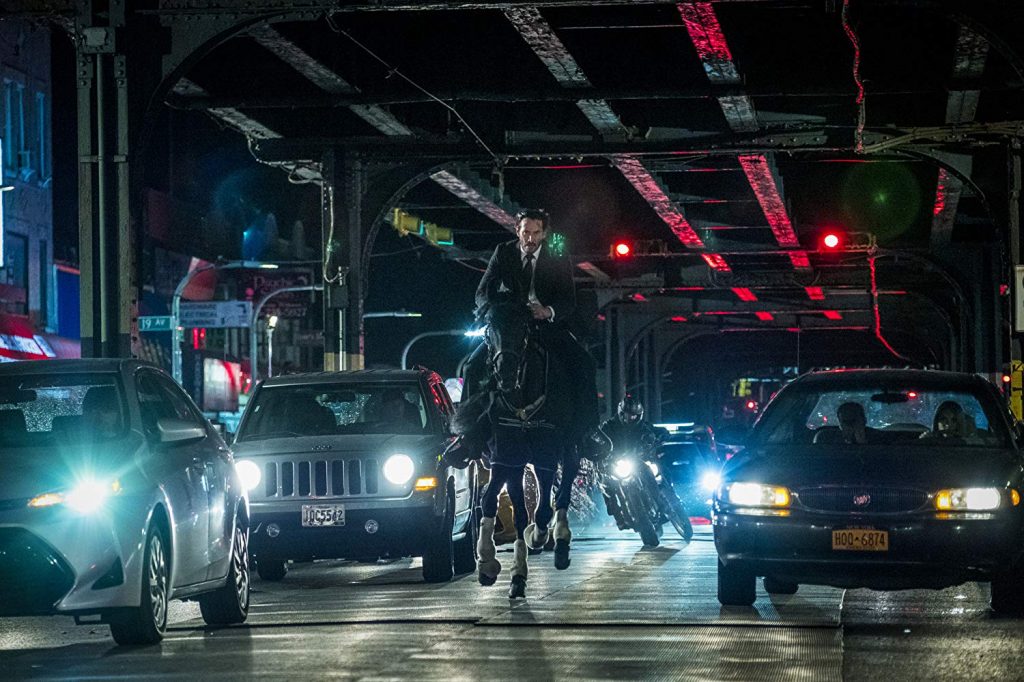 Berry’s performance aside, if there’s a performance worthy of being designated co-star, it belongs to Mark Dacascos, who plays an assassin hired by the Adjudicator (Asia Kate Dillon) to kill Wick. Dascasco has made a living featuring in roles that require martial arts expertise, and his unsettlingly outgoing demeanor and personality are a perfect balance to the professional, nearly-robotic stoicism that Wick keeps throughout the trilogy. It’s almost cartoonish at times, but given the outlandish action in the movie, it’s a fun changeup to the tone of the film.

The only thing that’s keeping me from giving John Wick 3 a solid A is its conclusion. While it’s not necessarily a bad ending, certainly not enough to give it a low score, I genuinely felt very underwhelmed by how the film wrapped up. I certainly understand why things wrapped up the way they did, but it just left me unsatisfied.

Still, even then, that didn’t take away from the first hour and 50 minutes of the film. If you add all the action sequences of the first and second movie, you might equal the amount of action in JW3. It’s slick, beautiful, surprisingly funny, and overall one hell of a ride.

John Wick 3: Parabellum gets a B-