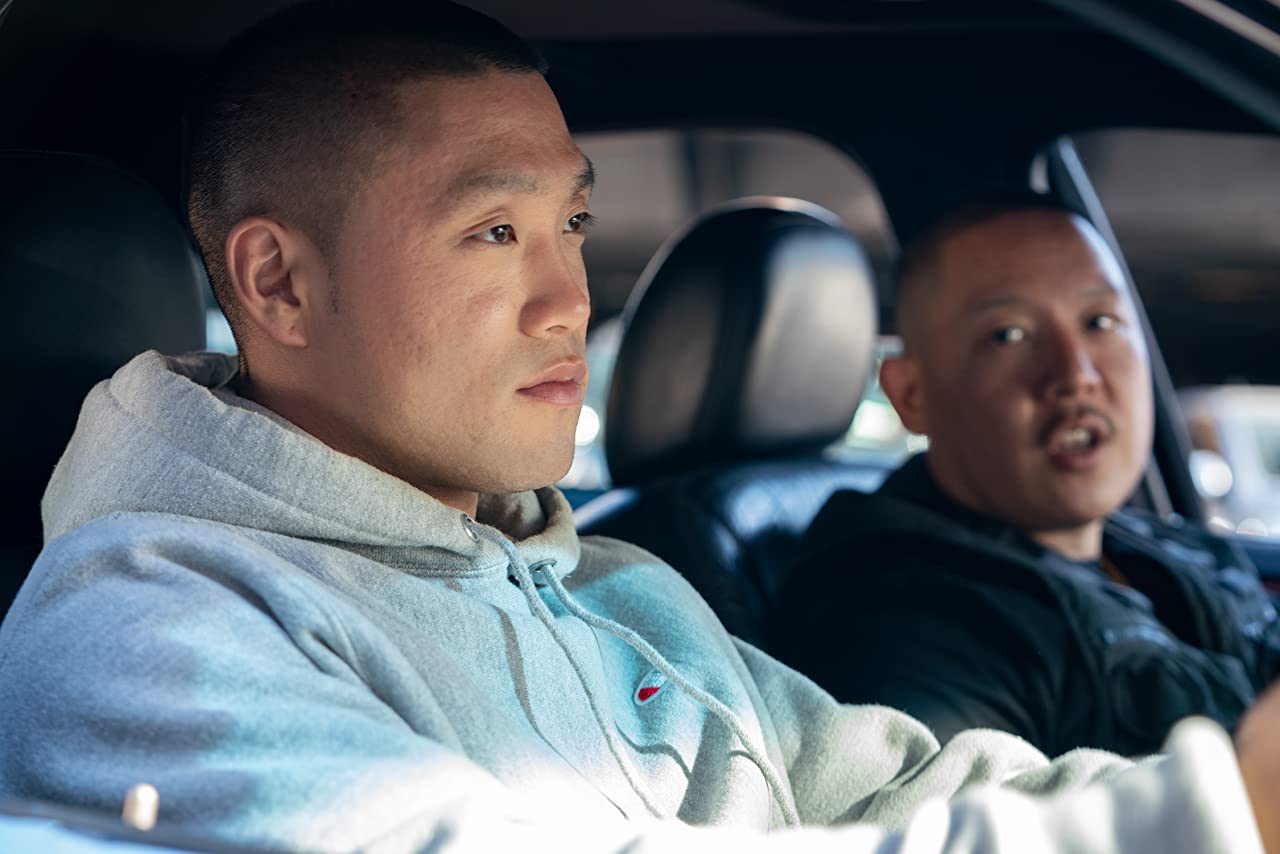 Haven’t done one of these reviews in a while. We live in unprecedented times and I hope the three of you that previously read my reviews are well.

If you’ve heard the name Eddie Huang before, there’s a good chance it’s from the popular ABC sitcom, “Fresh Off the Boat.” And if you haven’t seen a trailer, it’d be reasonable, then, to presume that his writing/directorial debut, Boogie, might be a similarly lighthearted film that addresses various issues with a balance of comedy. The first few minutes, however, will tell you that’s not the case, and the result feels almost like an updated telling of Better Luck Tomorrow (except maybe with a smidge less murder).

Set in the present day, the film revolves around Alfred “Boogie” Chin (Taylor Takahashi), a high school senior with aspirations of playing in the NBA. He’s clearly talented and skilled enough to at least play college ball, but the uncertainty of the situation concerns his parents, who have very different visions for his future: his father is idealistic and believes he can play in the NBA, while his mom is more pragmatic and wants him to settle on what she believes to be a more realistic path.

His senior year is made even more complicated by the fact that he starts dating Eleanor (Taylour Paige). Typically brash and confident on the court and/or in front of a crowd, he shows his insecurity at times with Eleanor, confessing he’s never been intimate with anyone before. As his on-court success increases, steadily fueled by his friend and teammate Richie (Jorge Lendeborg Jr.), pressure mounts as he faces a decision about his future while a showdown looms with another local basketball star, Monk (Bashar Jackson in his first and only film role).

I mentioned Better Luck Tomorrow earlier, and in some ways the two are parallels. Both address the topic of trying to buck the societal trend of what it means to be an Asian; whether people like to admit it or not, Asian Americans are often pigeon-holed into stereotypical roles. Boogie doesn’t just dance around the subject; it lays it out in the opening minutes. “We can cook, clean, count real good, but anything else, we’re picked last.” As a Korean-American, I’ve been witness to it quite a few times, and it’s a topic that deserves discussion, but often takes a backburner to other systemic issues. The point is driven home well thanks to solid performances by Takahashi and Paige, who complements Chin’s character perfectly. Boogie isn’t a perfect protagonist, and at times you may find yourself rooting against him. But this isn’t a bad thing; in showing his character flaws, ultimately he’s more sympathetic. Jackson also does well as the antagonist; unfortunately, we won’t get to see more of him, as he was shot to death in his own home last year.

The film isn’t perfect, though. My biggest gripe pertains to the editing. At times the film moves quickly, but there are moments of dialogue that absolutely slow to a crawl. There are conversations that feel as though they were edited simply to add length to the film. The final basketball game is the worst victim, though. The game is meant to evoke drama as the score creeps up, but the way the scoring is interspersed just makes it feel awkward.

Ultimately, though, it’s a solid debut for Huang, and it could prove to be a nascent stepping stone, much like Tomorrow was for Justin Lin. Boogie won’t be a blockbuster, but it’ll be an evening of entertainment, and in a world that’s still striving for normalcy, that should suffice.